Rebels without a clue

So, another battle report from our Endor mini campaign.

After reporting to rebel HQ, Padawan Michinn and her team are sent back to the moon of Endor to try and gain as much inromation for a secret project the Empire is working on.

Trying a different approach the rebels manage to sneak into a heavily defended area... 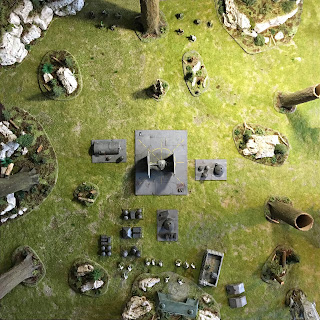 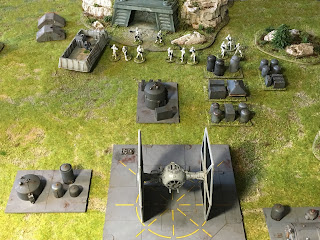 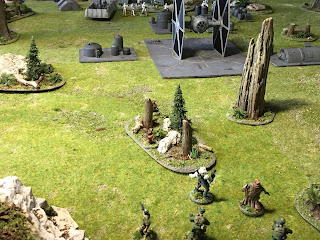 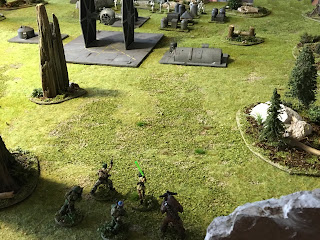 The Rebels try to move up under cover but it's not long before they are out in the open and come under Imperial fire. 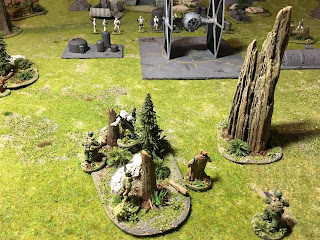 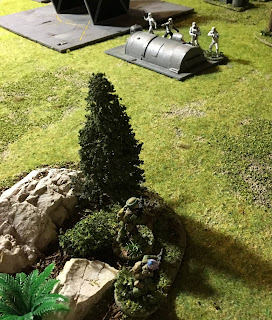 The Rebels are again aided by some small, hairy helpers... 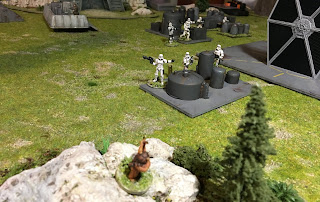 Driving up the right wing, Padawan Michinn trys to take the Imperials by surprise with a mad rush into a group of them. 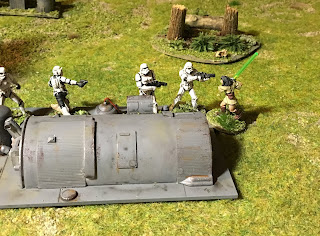 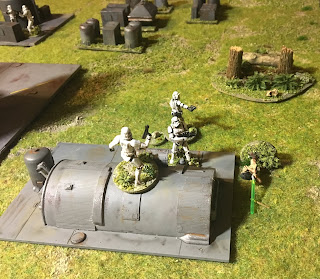 On the left the Rebels manage to start to push the Imperials back. 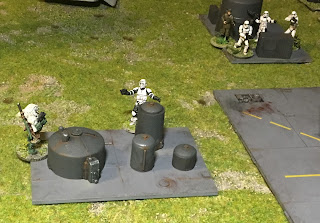 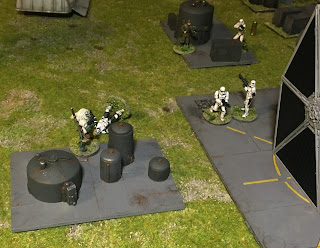 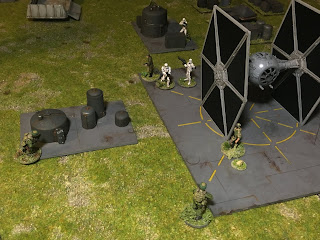 After seeing Michinn gunned down the remaining Rebels on the right charge into the Imps undetered and inflict heavy casulties. 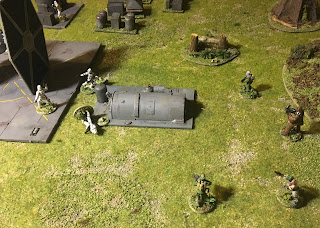 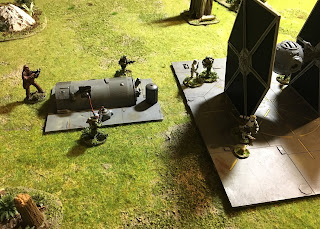 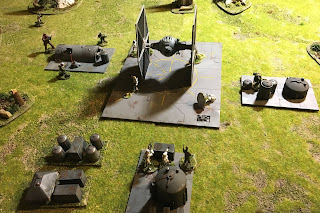 The left and right sides of the Rebel strike team push through to the centre and manage to force the Imperials back. 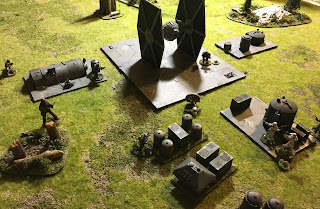 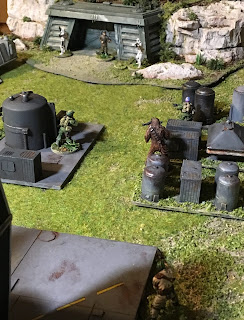 With the Imperials in a full rout the Rebel technician manages to get vital information on an Imperial TIE fighter that is undergoing testing. For what is yet to be determined... 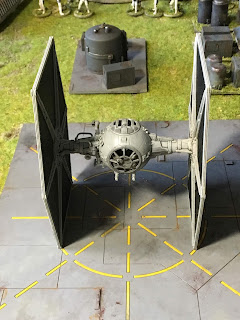 So, a win for the Rebellion this time but what secrets will the TIE fighter reveal...

Figures are a mix of Northstar and Wizards of the Coast.

TIE fighter is from Bandai and has had a few bits kitbashed on.
Posted by jimbibbly at 19:57