The current situation and Salute 2020

As most of you will probably know, Salute 2020 has been postponed by the Warlords until next year.


As a consequence I've decided to offer free postage on all UK orders over £20 and a £4.00 flat rate for all international orders over £20 until the end of April (maybe for longer but we'll see what happens). All pre-orders that have been received will be sent out as soon as possible. The webshop is now set up for this so order away, every little bit is appreciated.


Next years trade table and game is guaranteed for next years Salute on the 17th of April. The game will be different but the items that were planned for release at the show will still be coming out, just a bit later than originally intended.


I've got more commission work to show and some game reports that are nearly finished so there'll be plenty to keep you all going.


As a final note, please look after yourselves and each other (if possible). 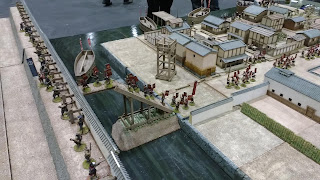