The slowest hunk of junk in the galaxy

I had this started a year or two ago and it stayed in the same state up until a short while ago where I dug it out and got it finished. It was basically two boxes joined together by an unfinished one.

The joining 'box' was finished off and then the panelling began. Styrene cut to size for the most part with some choice bits from the bits box for the rest. Some bits aren't quite square but you can't really tell now it's painted.

The cargo is magnetised and I'll be doing other load outs to go with it.

It was sprayed an off white and given a liberal coat of GW brown ink which was wiped off with a clean cloth. A sponge was used for the weathering of the flaked paint and some rust washes were added as well. A few pastel streaks here and there along with a painted cockpit and it was good to go.

Originally intended for 28mm (of course) but it's also good for smaller scale actions as well; the last pictures showing the Bandai Vehicle box fighters (in an unpainted state but once I get some egress tubes done I'll take some more photos) 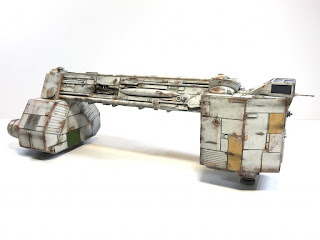 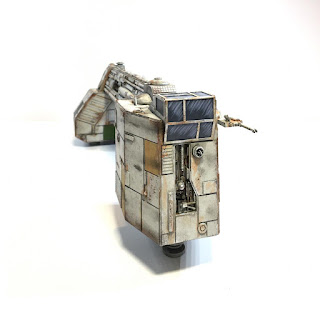 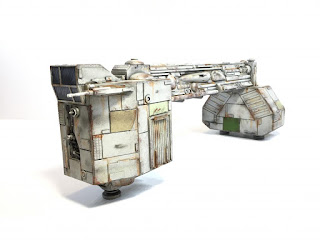 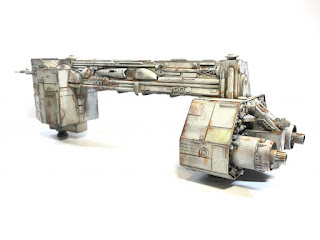 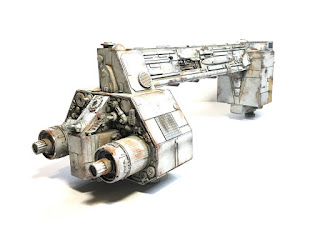 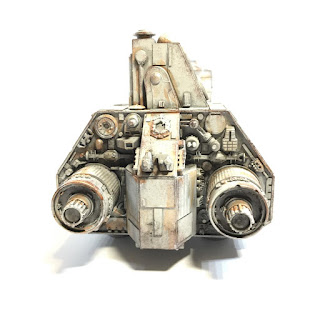 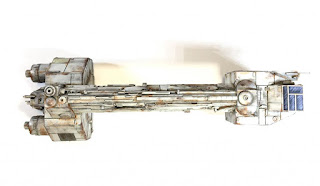 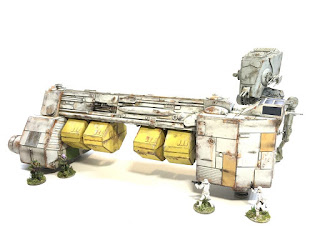 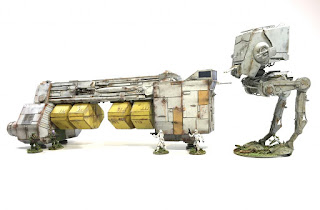 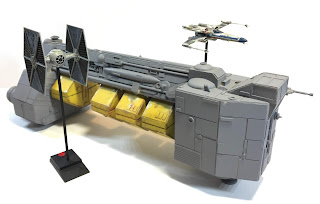 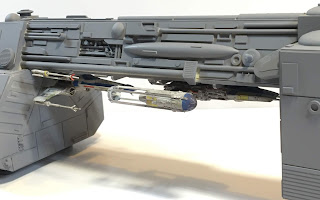 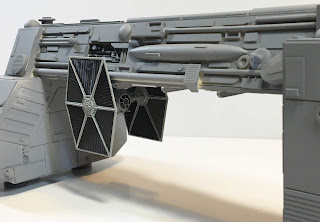 I do not give 'Tango' permission to re-post my blog posts elsewhere
Posted by jimbibbly at 18:40