A few days ago I got a chance to go and see the battleship Mikasa. A fantastic must for anyone in the Tokyo area (even though it took about and hour in the car to get there, it's easily reached via public transport).
It's in the top three memorial ships in the world with the other two being in Boston (USS Constitution) and Portsmouth (HMS Victory) and is in rather good condition, even though it is buried to the waterline in concrete... 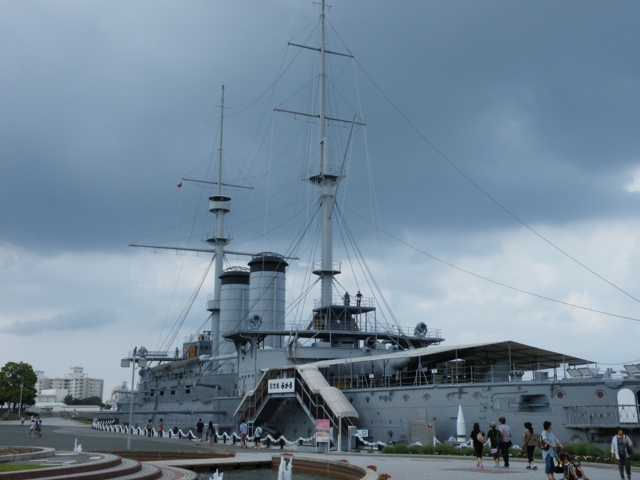 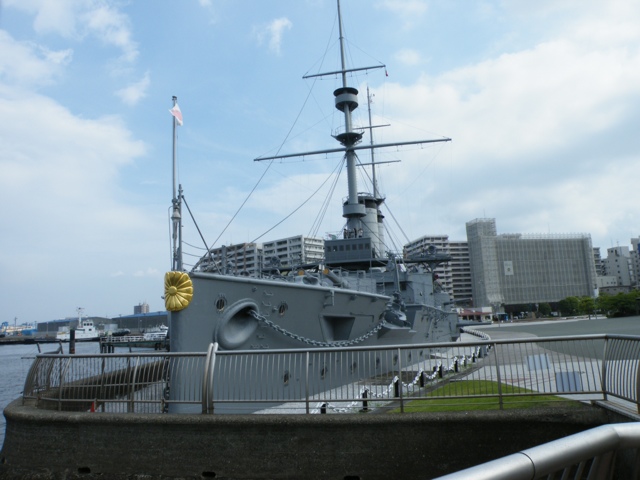 Unfortunately, the shop and guide book (English version) aren't that good considering but there are a English information points around the vessel where you press a button and a chap tells you parts of the history of the ship.
There are also plenty of display boards below deck that have both English and Japanese explanations and you can spend a good hour or so just going through them. 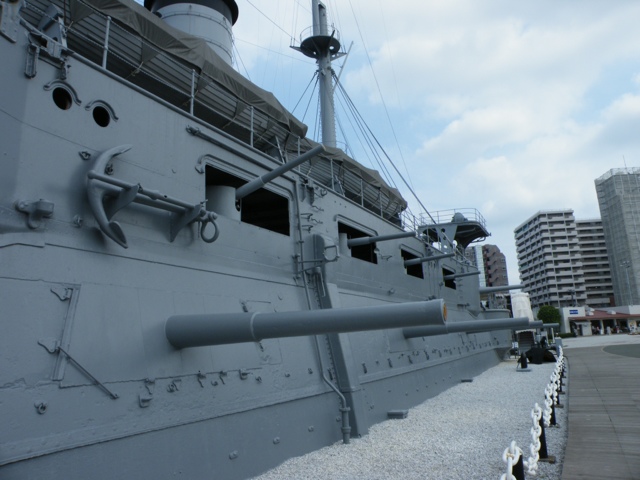 Needless to say, I took plenty of photos (about 350 odd) but the vast majority are for reference and the ones here are the best of the rest. It was surprising to see that they have built a 200 seater cinema in the bows but unfortunately there wasn't anything showing when we were there. There was also plenty of height below decks but with the modern addition of air conditioning and moving through hatch ways I still managed to bang my head four times... 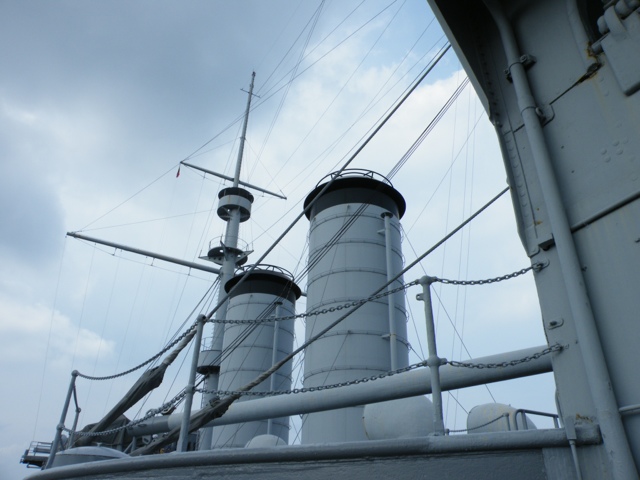 One of the more pleasing things about the Mikasa, apart from the fact that it is an excellent bit of kit, is that is was built in my home town of Barrow-in-Furness and there also might be a possibility that my great grandfather worked on her. Unfortunately there wasn't anyone around to tell :-) There is also a street of the same name and it was only until a couple of years ago that I made the connection between the two :-/ 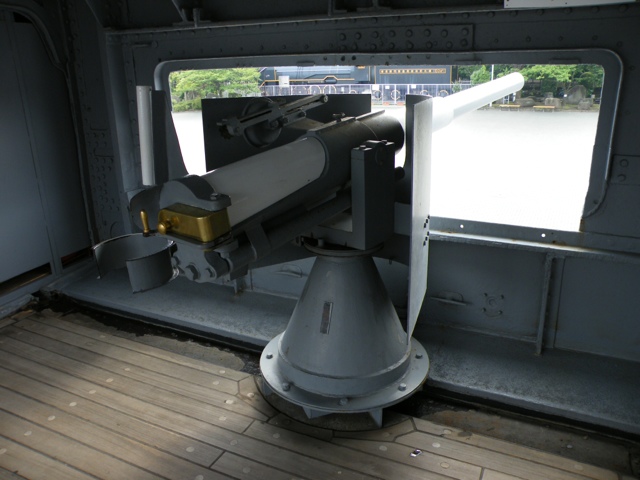 Above is one of the 3" battery guns of which parts are still working and therefore were getting a lot of use by the kids :-) Fortunately it wasn't that busy (being a week day) and there wwe're no tour groups so I was able to get several pictures without anyone in them. 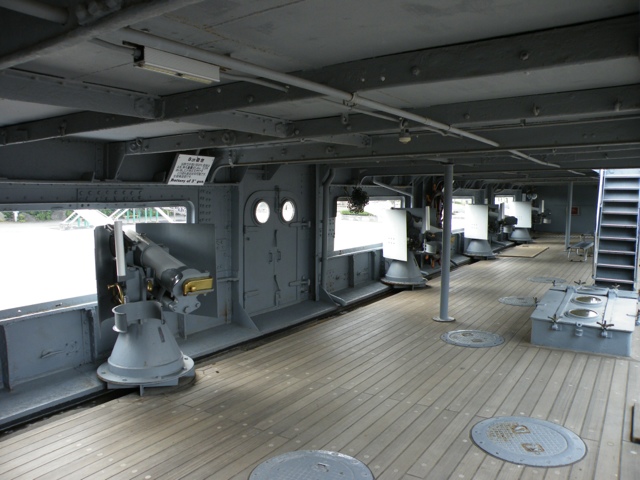 It's had several coats of paint over the years and there are modern additions (air conditioning etc) but you can still almost get a feel of what it might have been like... Almost. 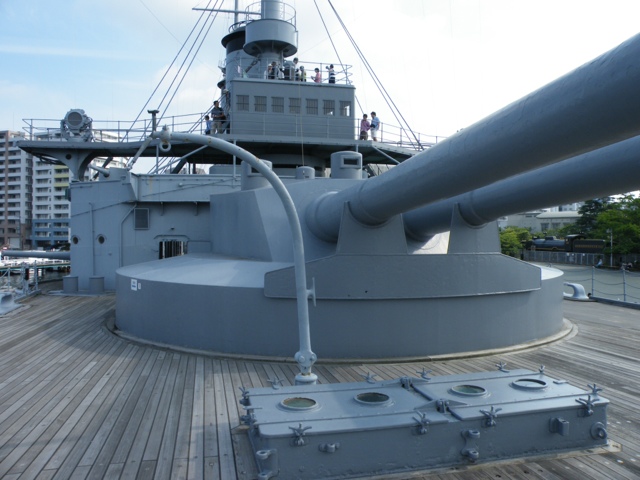 A very enjoyable day out if a bit hot. Needless to say that I will be looking into making a scale version for naval games with the possibility of doing an entire range but a little bit more research into the period and other ships is needed along with popular gaming scales, rules etc.
I'll leave you with a few more pictures of this most excellent battleship :-)
ttfn 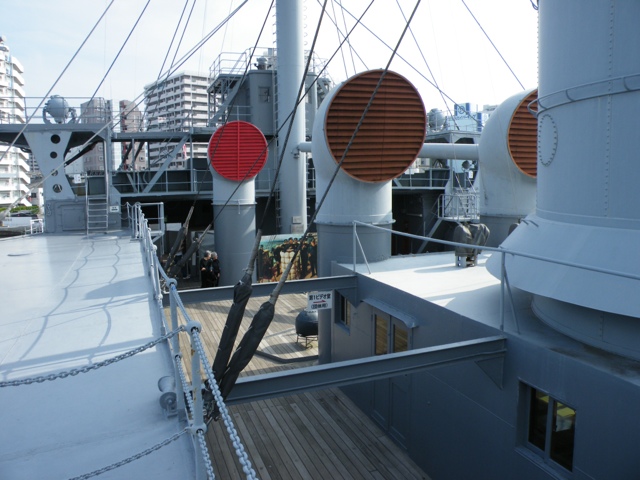 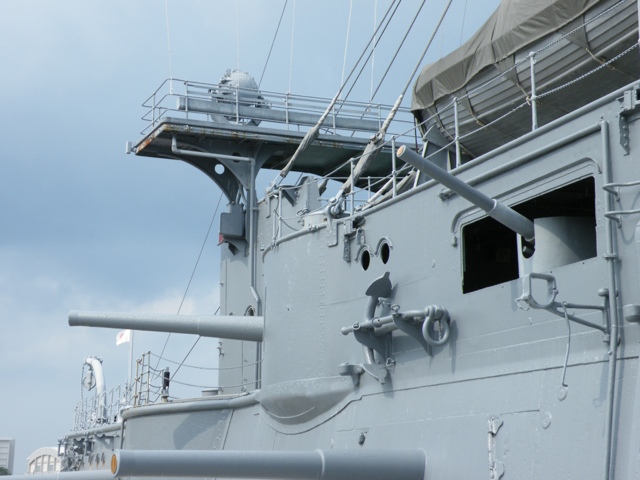 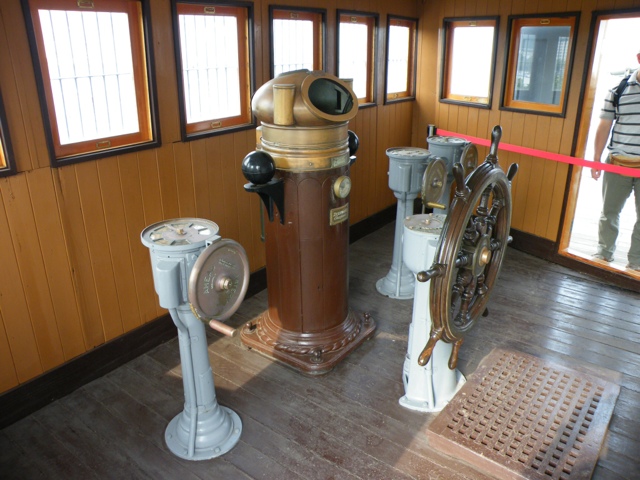 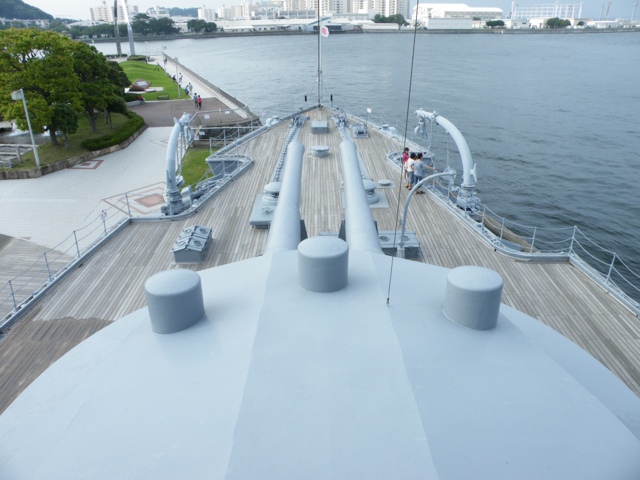 Well, once again life has gotten in the way of gaming :-(

Too much work and a back injury has put me out for longer than I hoped but with any luck that is going to change. My back is well on the way to recovery and our holiday in Japan is filling me with inspiration for new Oshiro releases and projects.

To keep you going I've got a few photos from Goryokaku which is the star fort on Hokkaido, Japan's northern most main island.

It's not the only star fort in Japan but it is certainly the best preserved...

This is the main bridge into the compound. It's difficult to imagine what it would look like without all the foliage but there is a model in the small exhibition centre that helps to realise it that way. 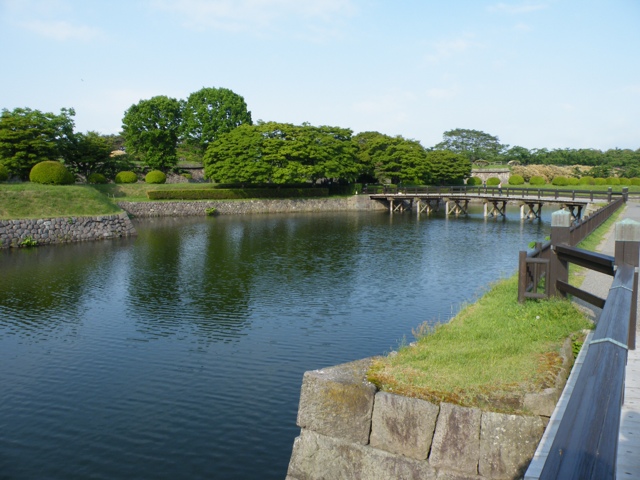 This is a view from the observatory showing the whole layout (official photos must use a wide angle lense as the window mullions are rather close together).

The first photo was taken from the open area to the bottom left. 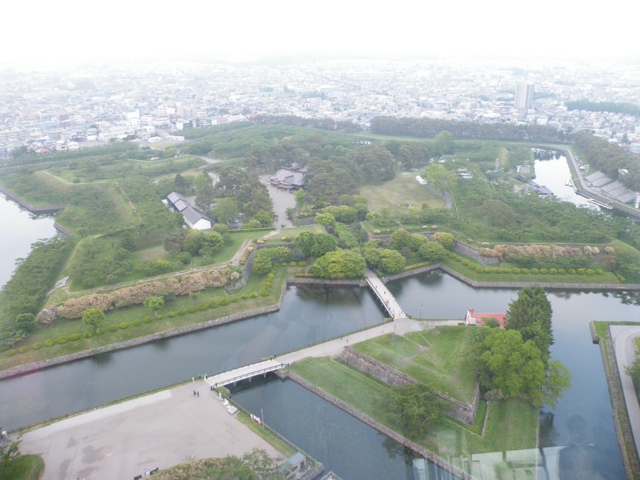 This is the model in the observatory, I took plenty of close ups for reference but this is probably the best one to the show the fort as a whole.

The only unfortunate thing is the lack of mounted guns and garrison. 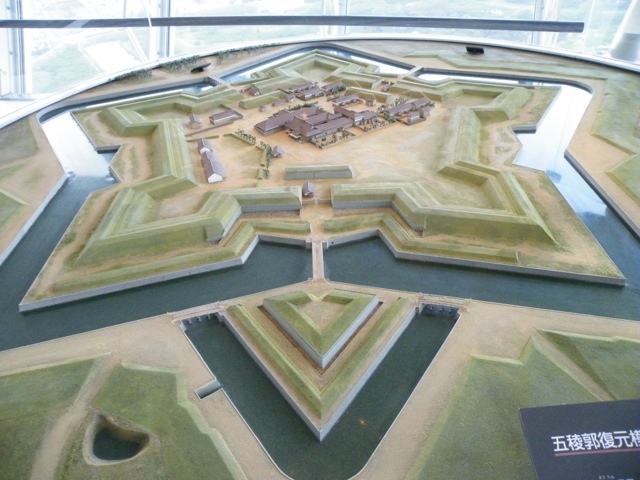 This is the magistrates building in the centre of the fort. It has only been complete for three years but it has been built from the original plans, the original having been burnt down. According to the chap we spoke to all the materials used in the construction were the same as the original with the wood for example coming all the way from the Osaka area. The tower on the top is the drum tower. 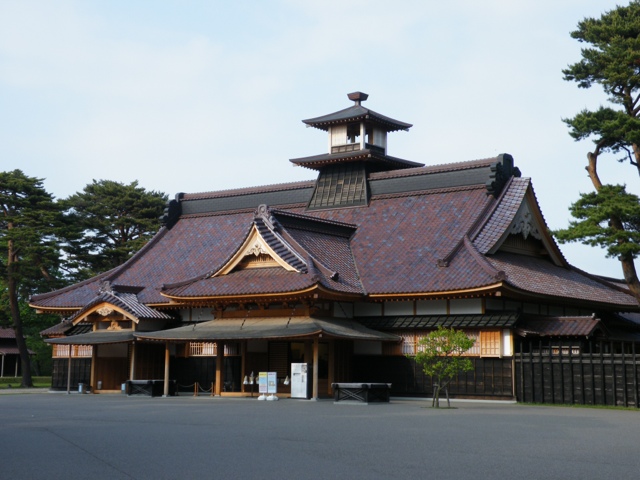 I'll post another history post in the next few days about the type of buildings found in
Hakodate (Hakodate is the town where Goryokaku was built and was a principle harbour town for Japan towards the latter half of the 19th century) but I'll leave you with a view from the top Hakodate-yama which is reputed to be one of the best in the world. 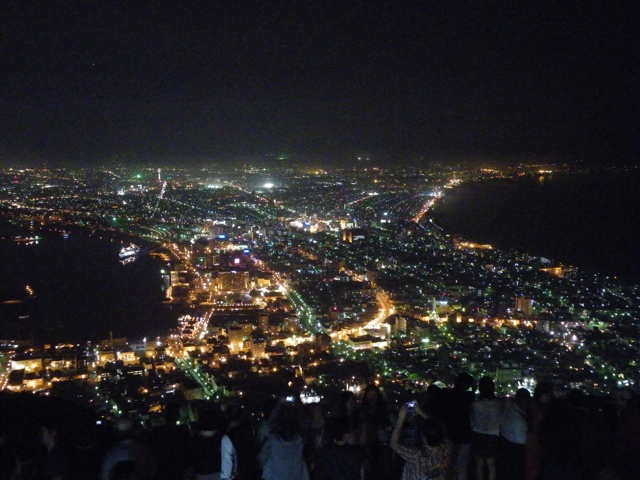