The gaming table is bloodied...

The year is 1586 and things are starting to hot up on the south coast near Nagoya. The Murakami clan are getting more arrogant with their raids and more wako are teaming up with them to partake of the spoils... 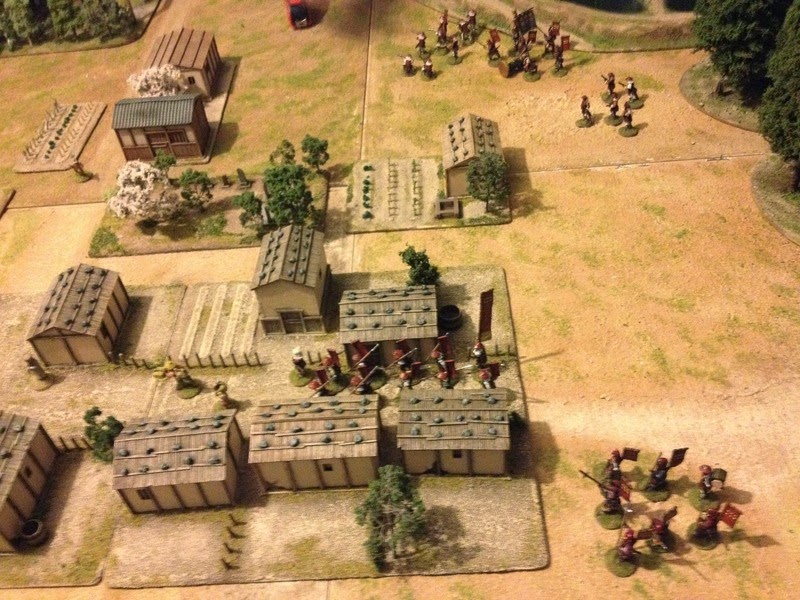 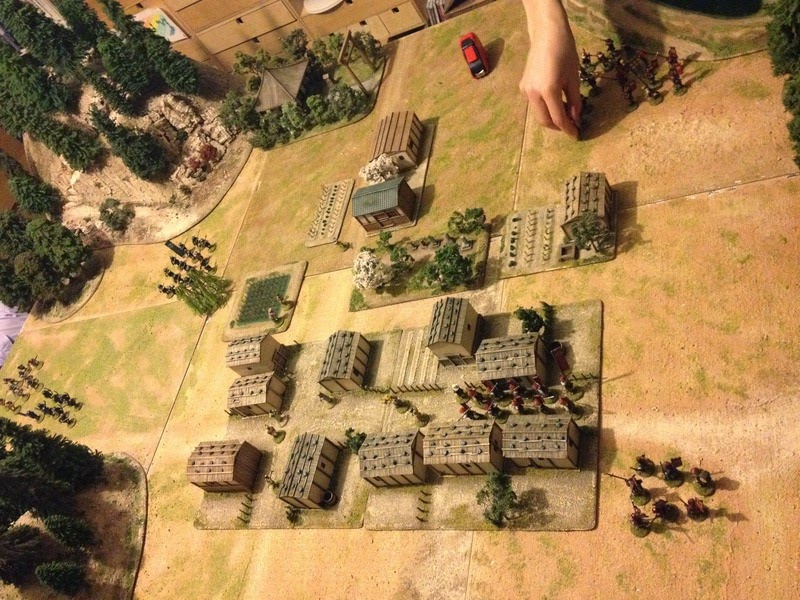 The aforementioned Murakami and wako on the move 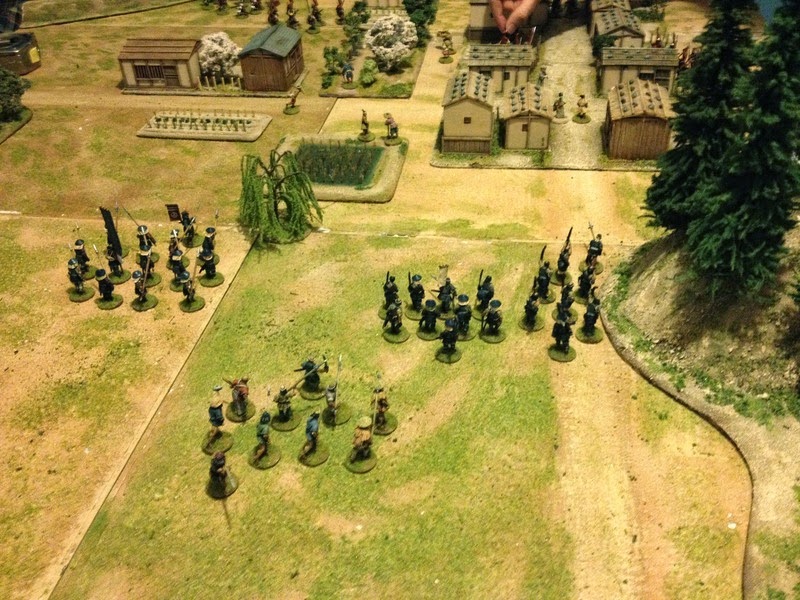 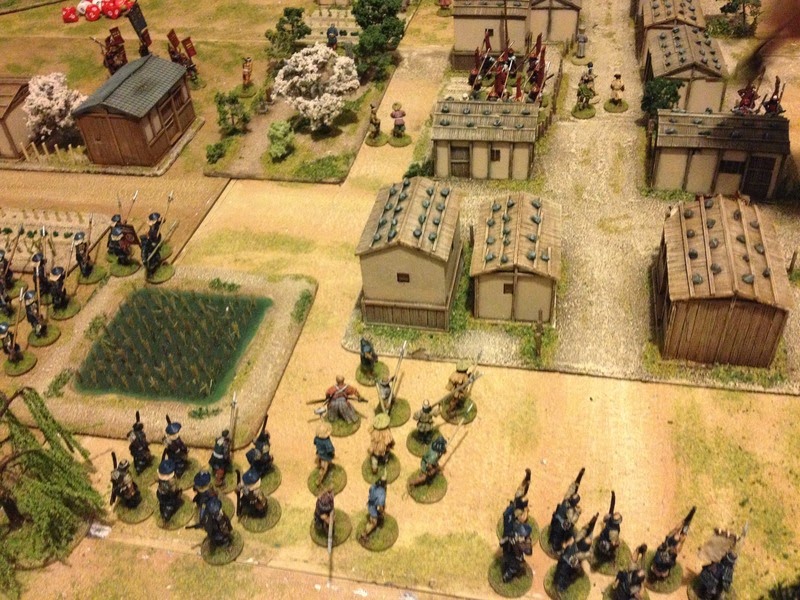 The Sanada moving through the village 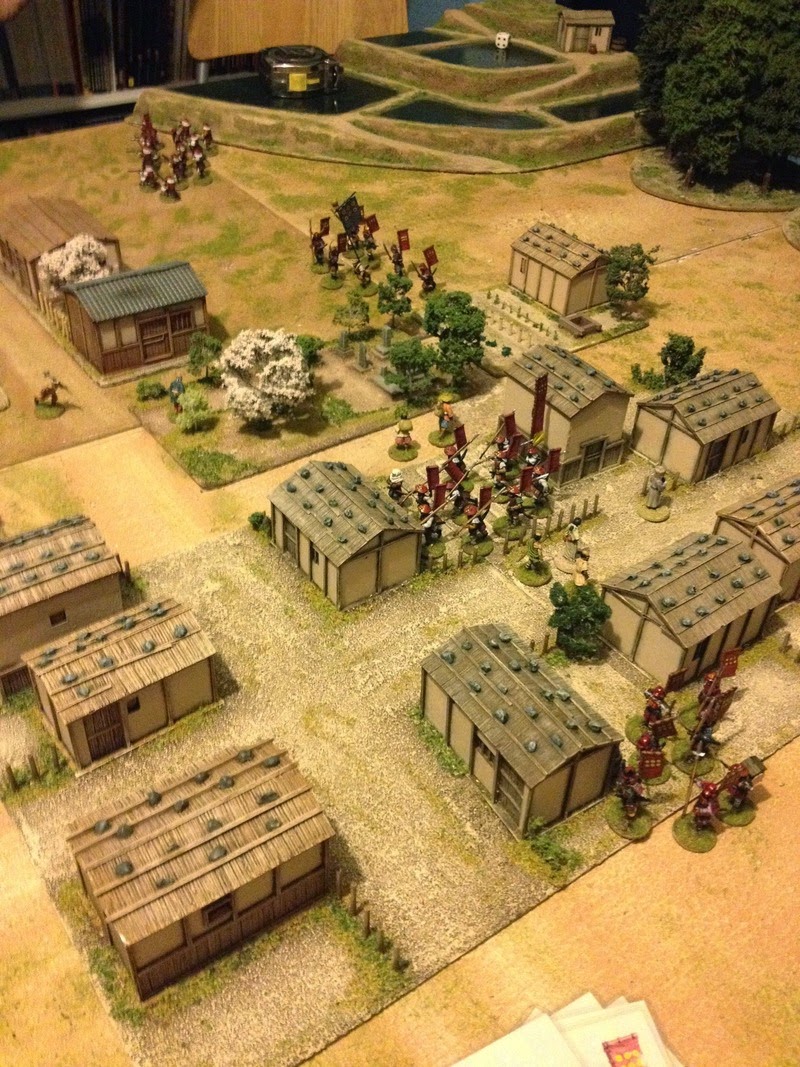 The two forces get closer, who will spill the first blood! 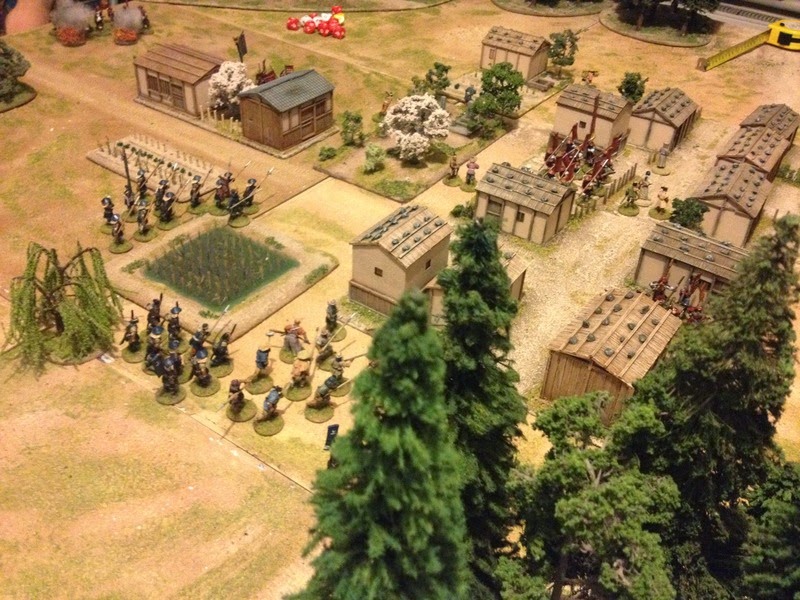 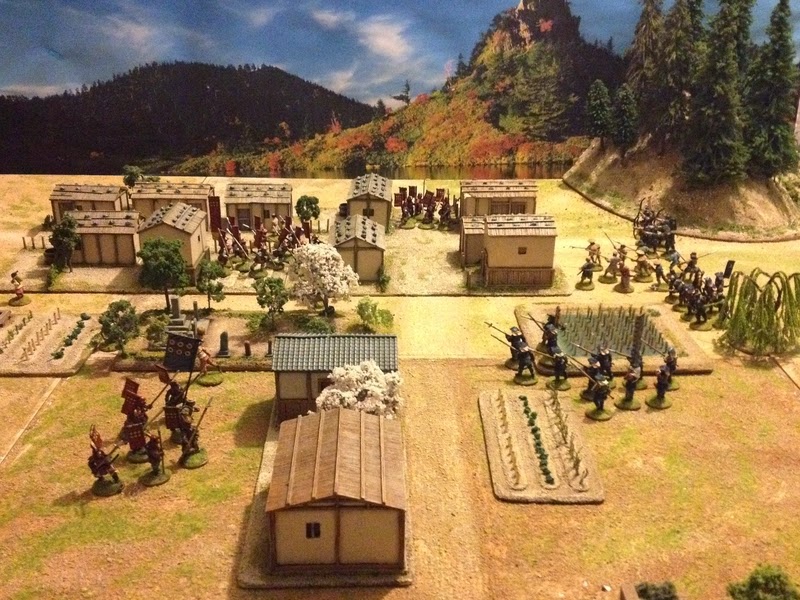 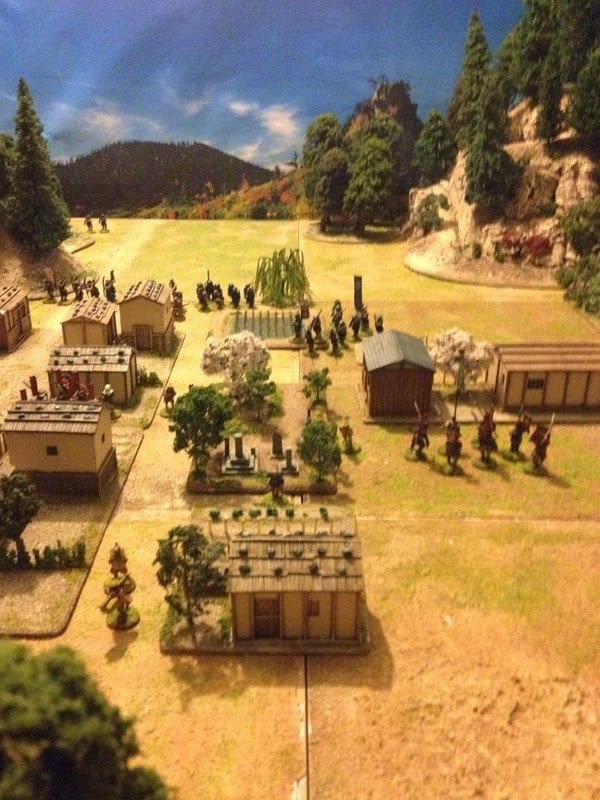 The Sanada rush out from the village to try and catch the Murakami in the paddy fields (yes, I know there's only one  lol ) 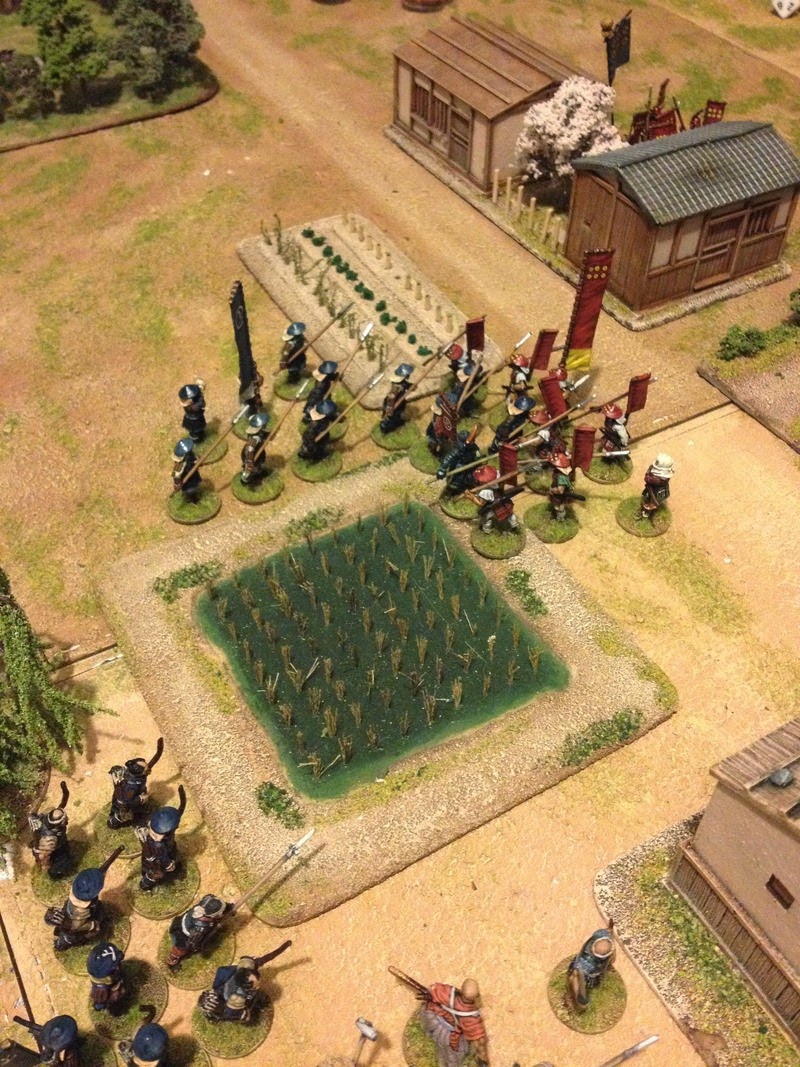 But are taken out by the roaming wako 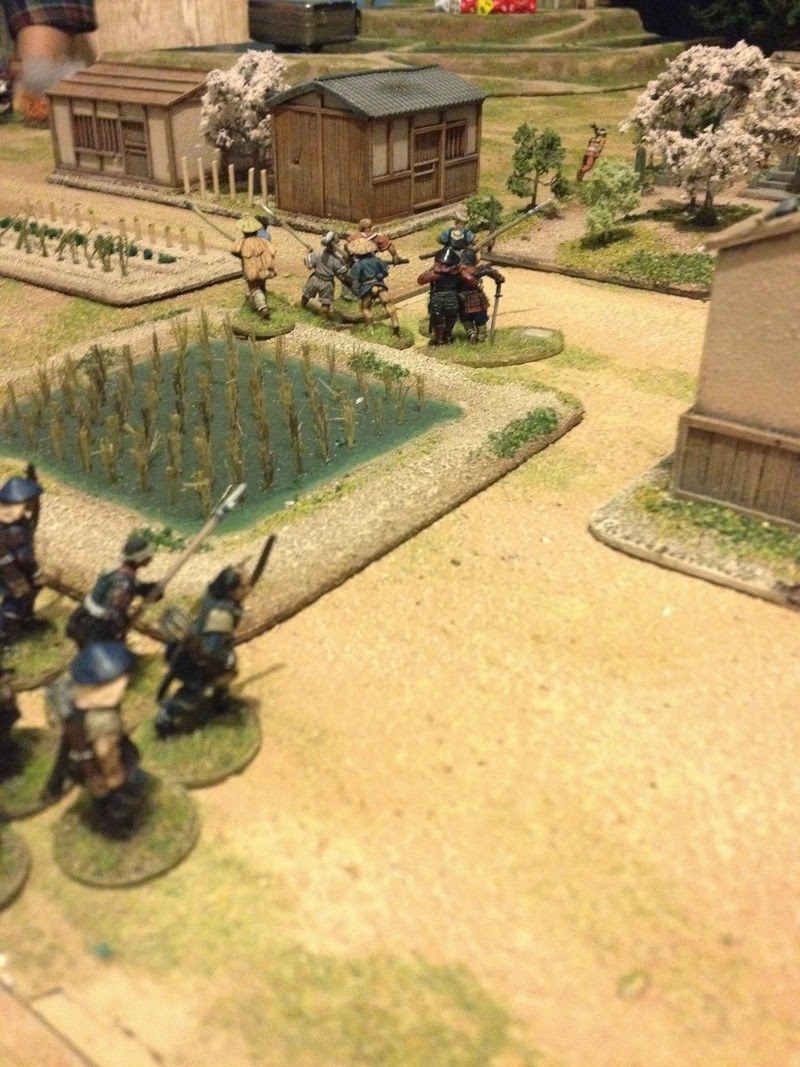 The Sanada samurai 'hide' behind some of the village buildings (a ritual disembowelling for Sanada Akihito if he survives...) 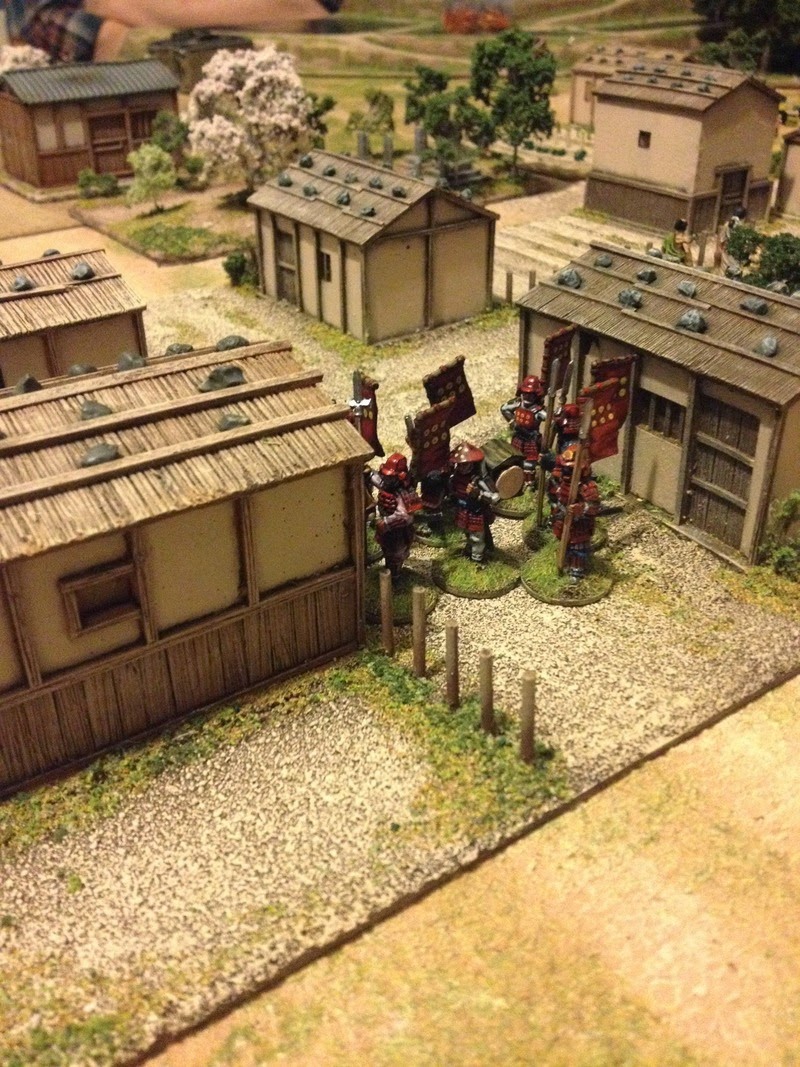 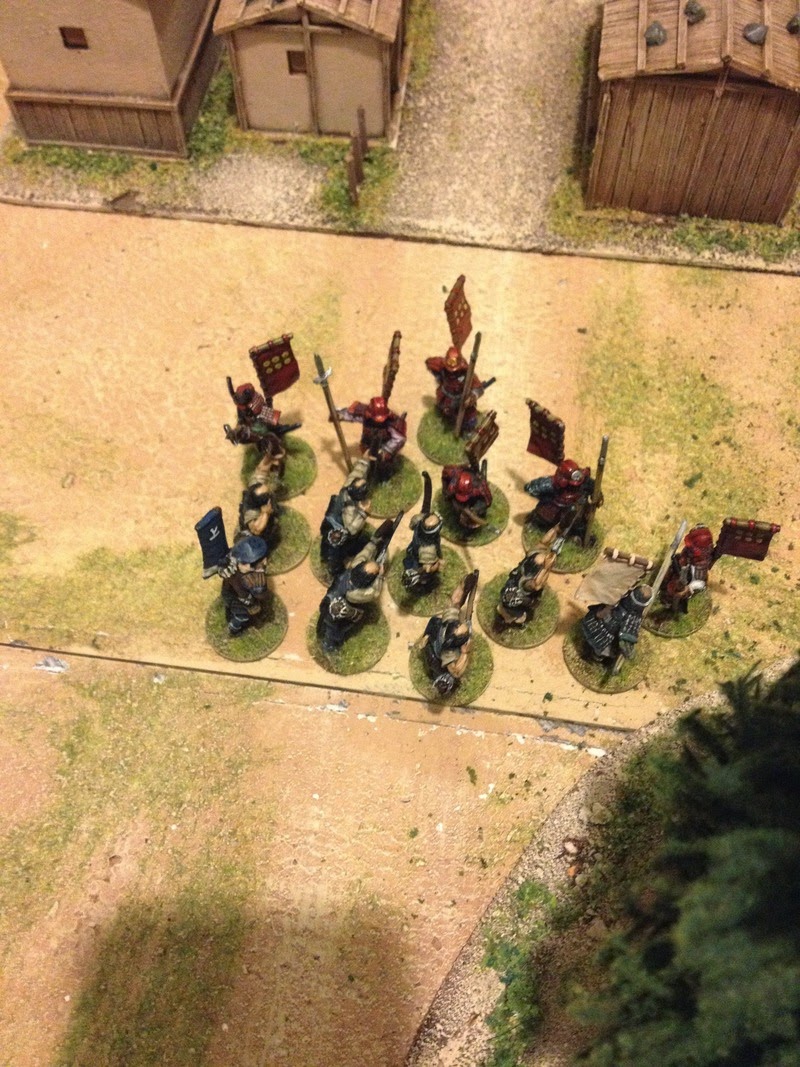 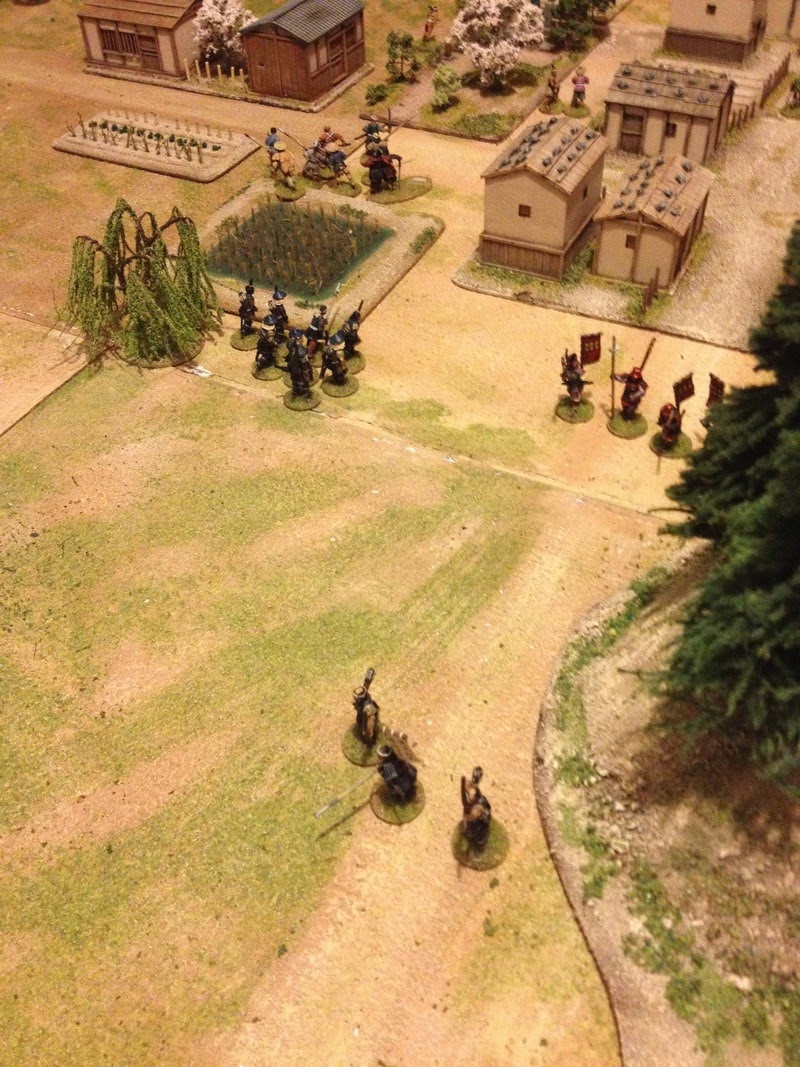 After seeing off the archers, the samurai turn on the remaining Murakami foot troops and a bitter struggle ensues... 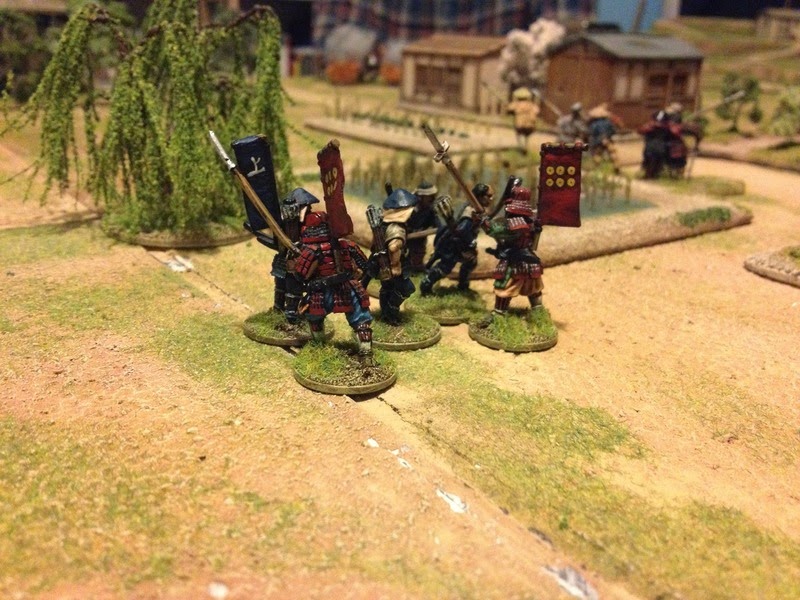 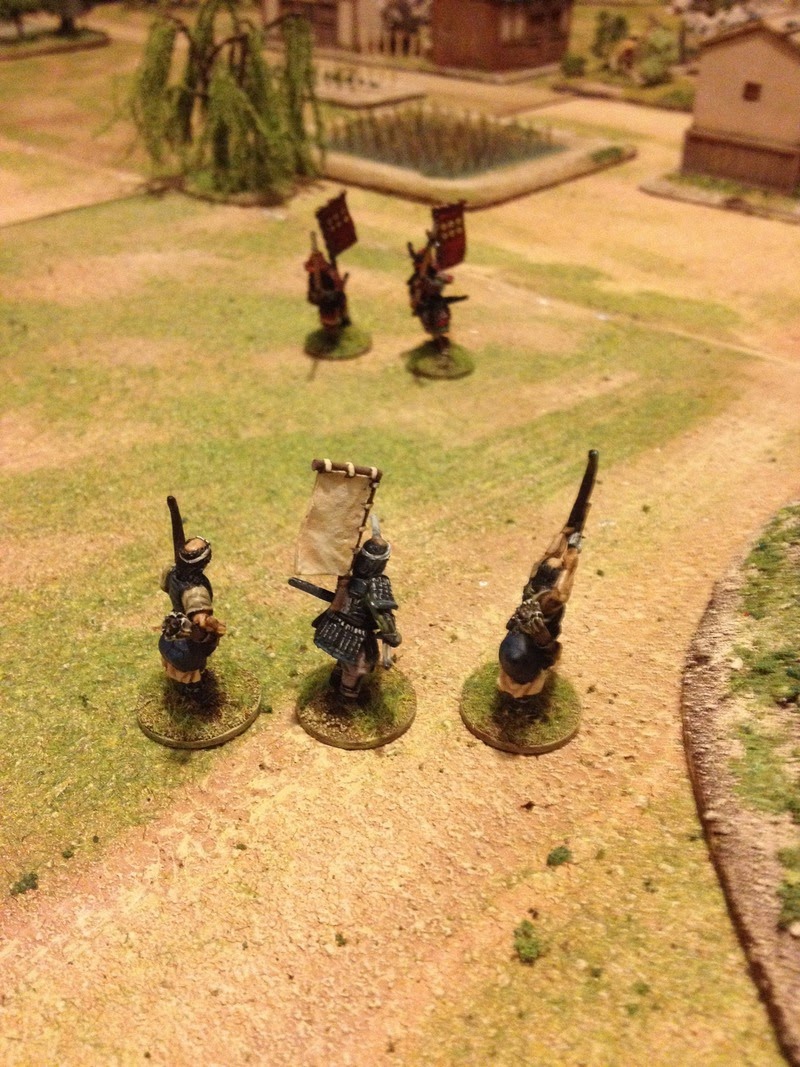 But in their victory they forget the wako who are left to raid the village and kill the hapless locals (only two though so it wasn't too bad  ;) ) 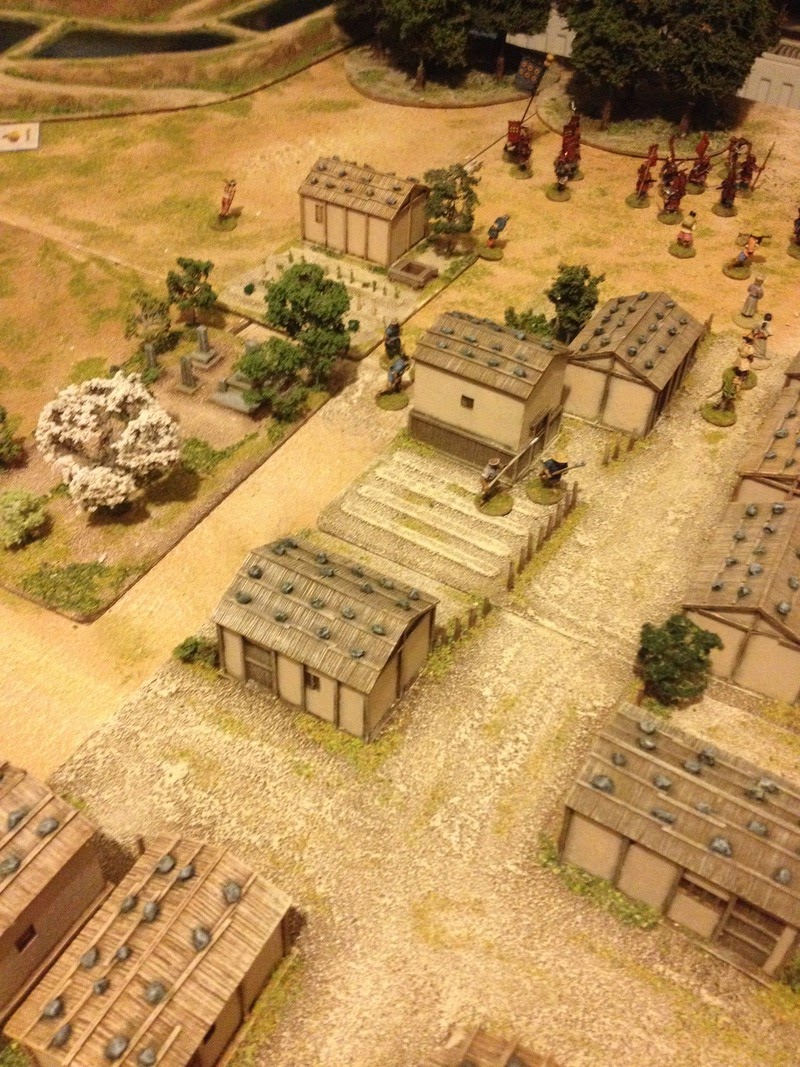 All in all, quite a bloody game with no clear victor (although others will tell a different tale).

Will nothing stop the Murakami from plaguing the coasts...

Well, apologies for the lack of posts recently, we've just completed a rather messy house move that took an awful lot longer that we hoped.

The good news is I have a dedicated man cave and will be able to fit an 8x4 table in at a push, normally it will be 6x4.

So here's looking forward to many more games and projects for 2015 and beyond :-)

Here are a couple of random pictures to make up for the lack of posts. 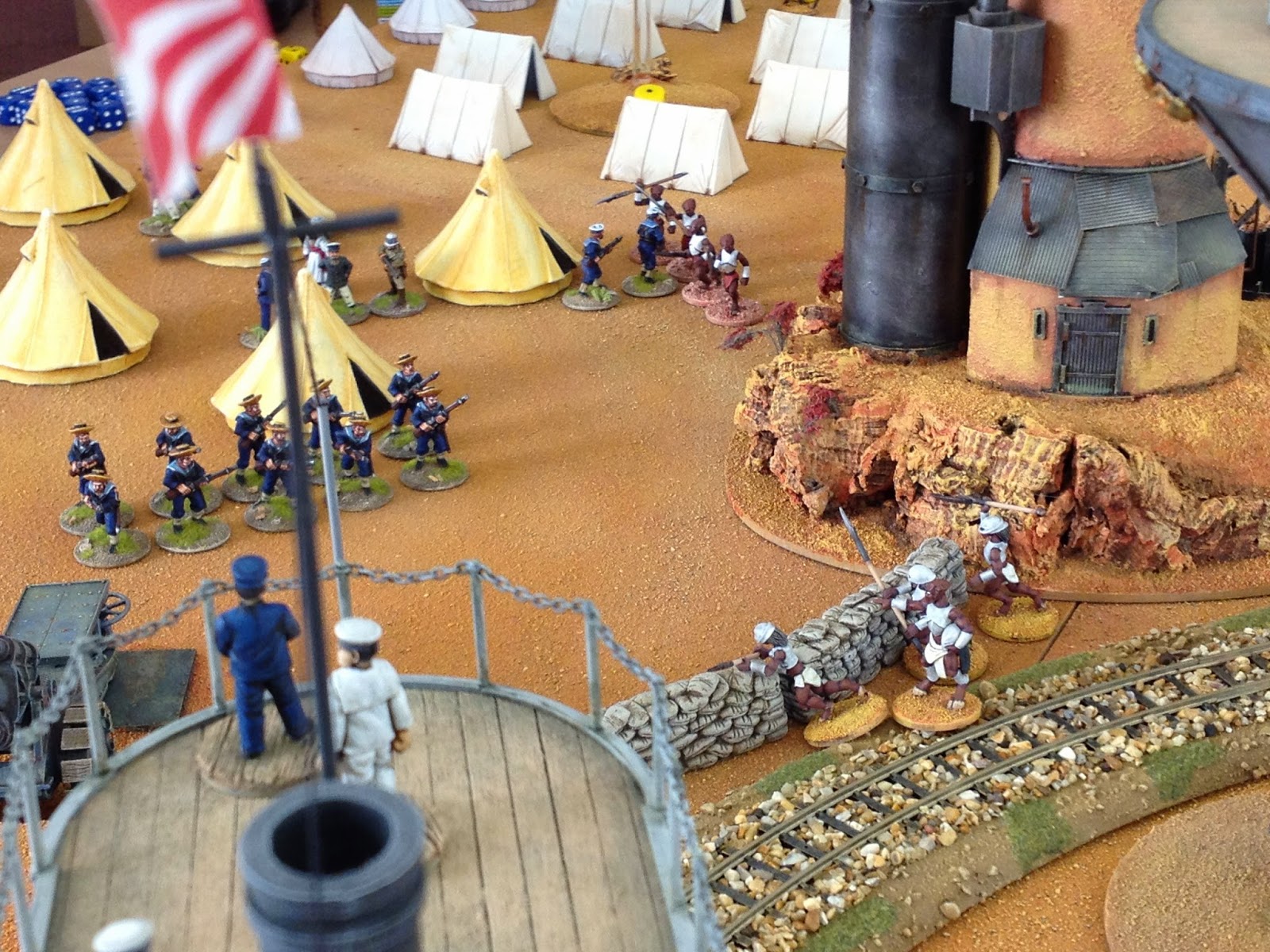 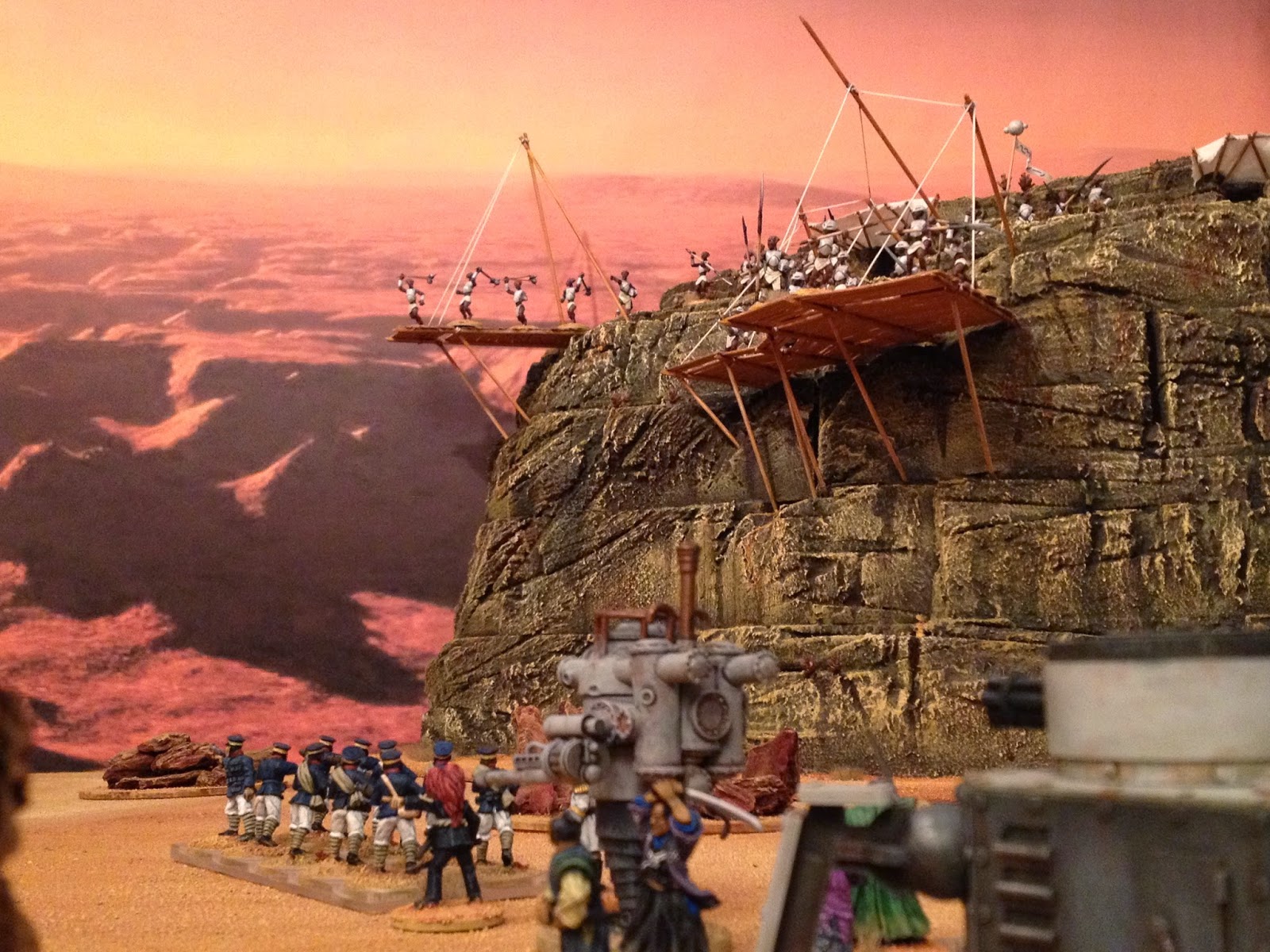 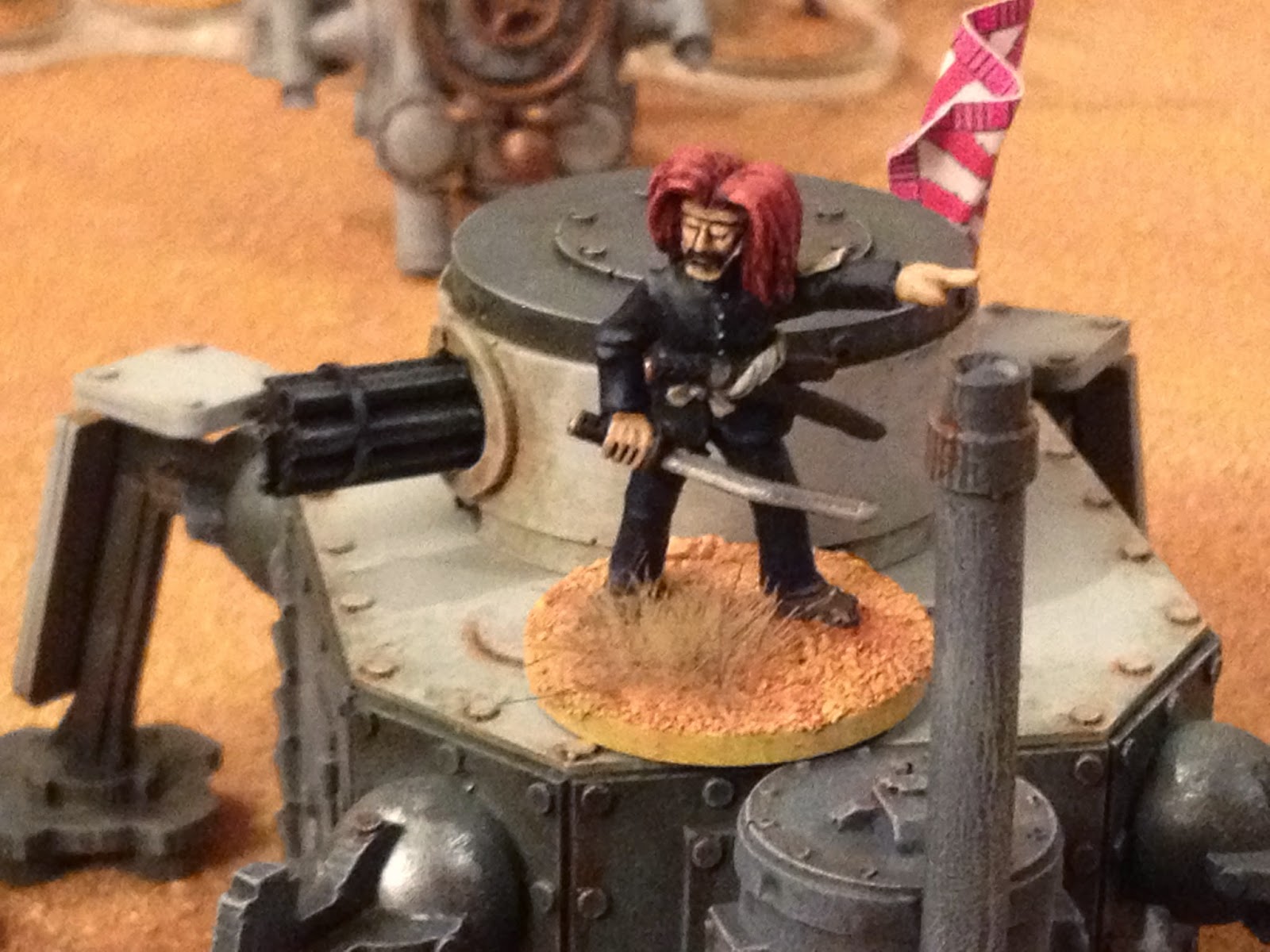 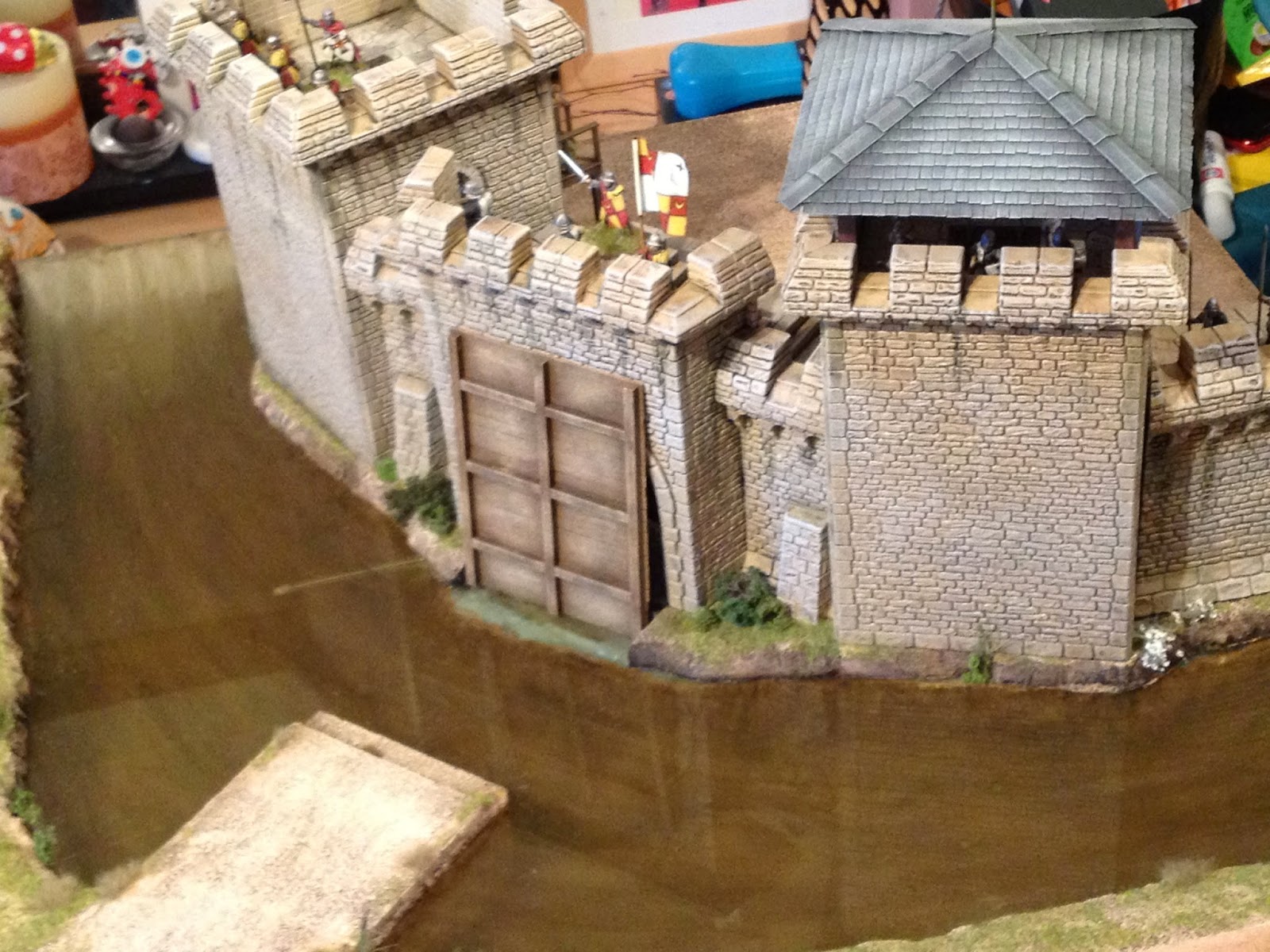 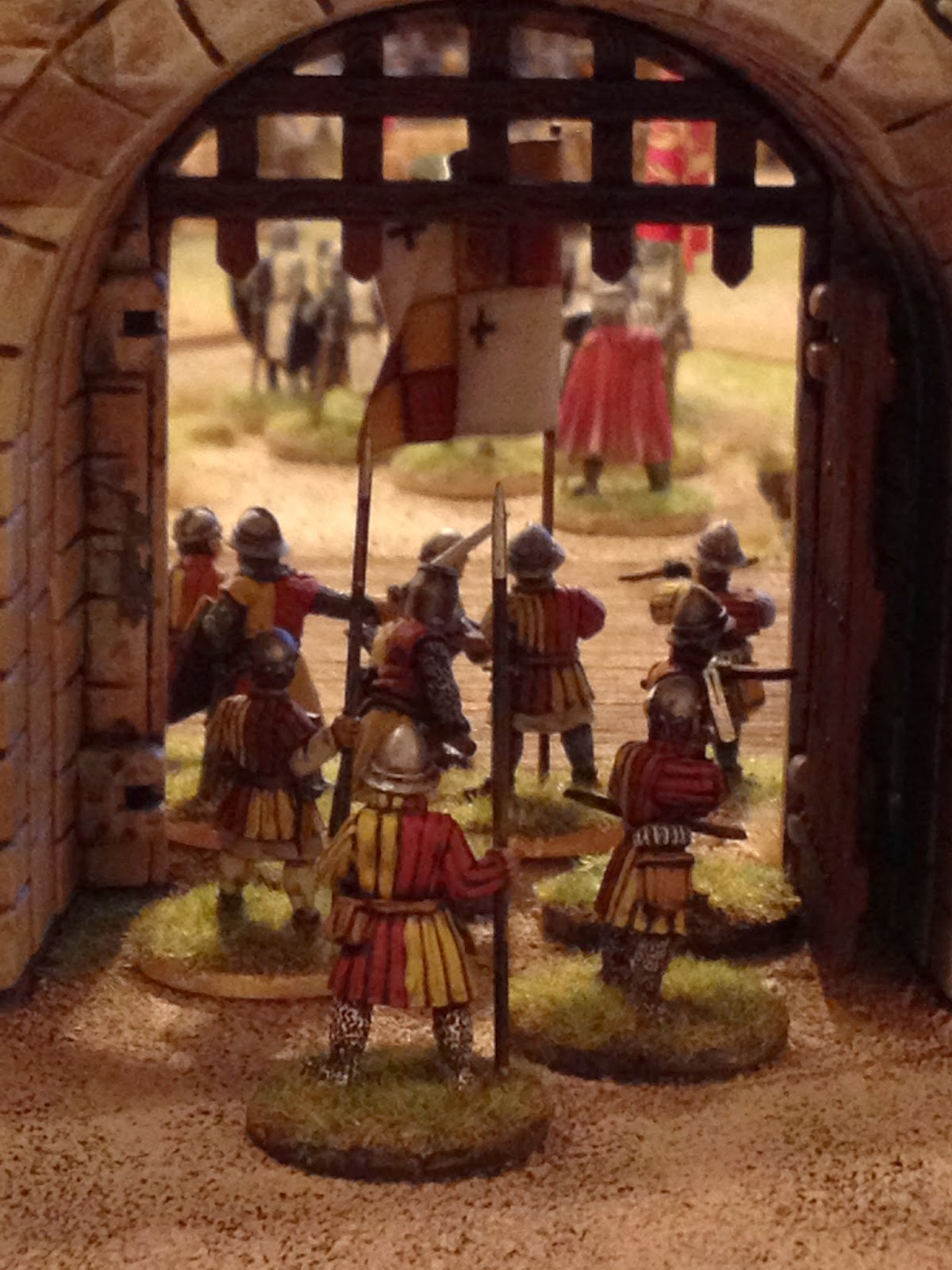 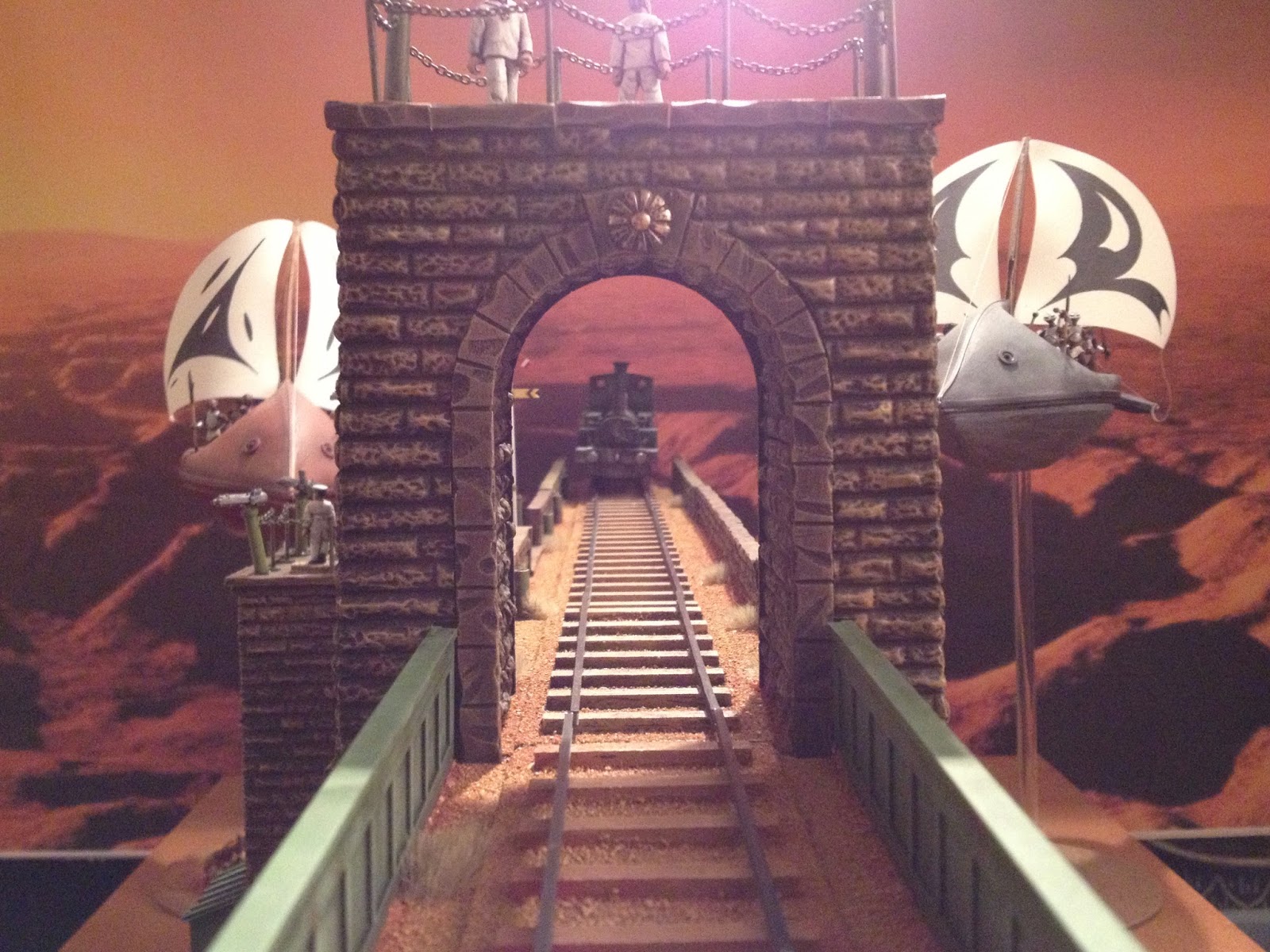 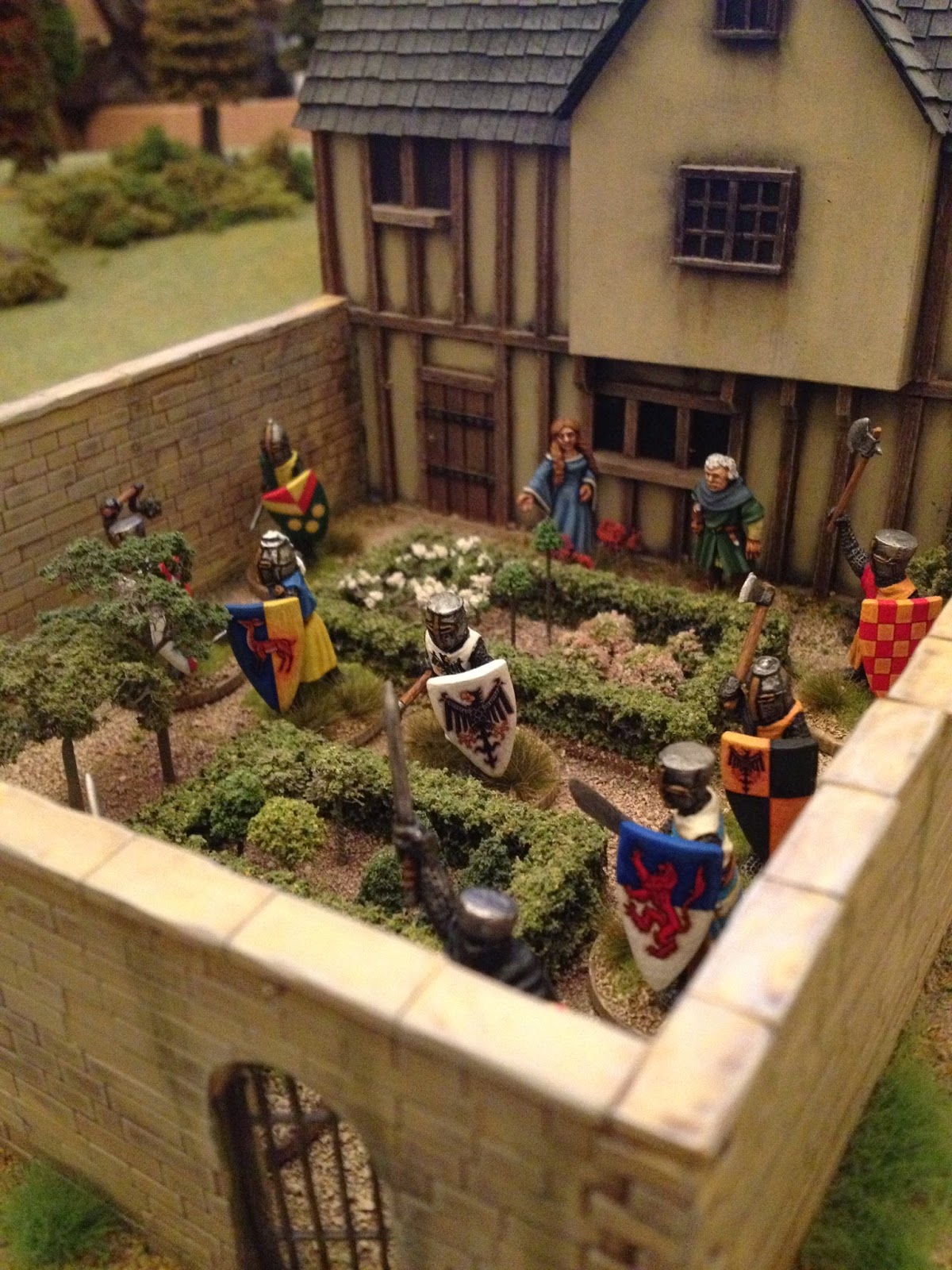 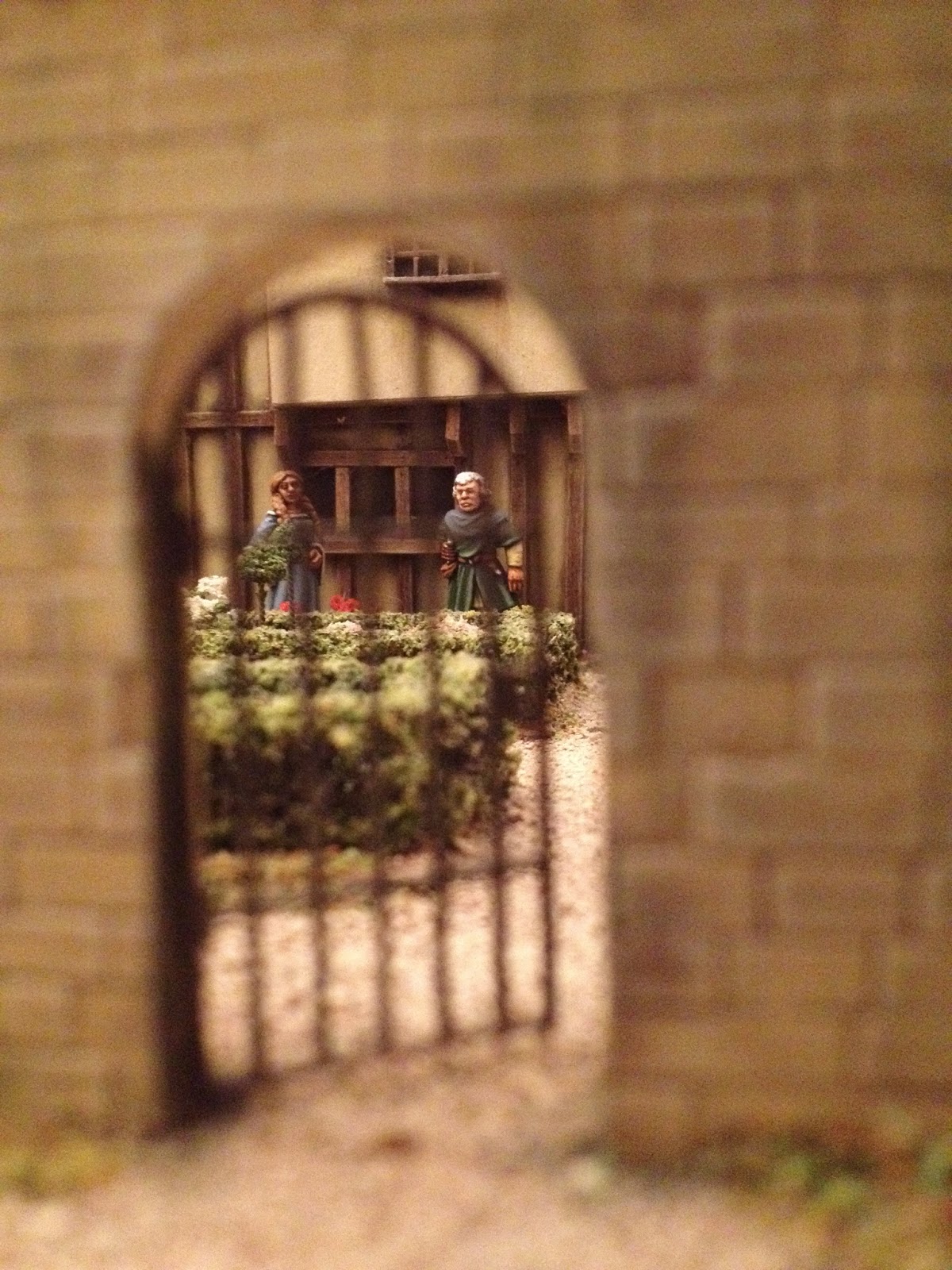