Apologies for the lack of posts recently, I’ve been doing some freelance work which has sapped all my time but I did get a chance to have a weekend of gaming 😊

Three days of gaming goodness at a local pub with about 30 others of various nationalities.

The first game I hosted was a small Boxer Rebellion one. The rules were a simplified version of Muskets and Tomahawks and there were four players; two Chinese and two Japanese.

The Chinese player had to get into the village compound and kill at least two units and the Japanese had to stop them. All within four turns. The Chinese could recycle units as they were of a poorer quality than the Japanese (and also, they weren’t behind barricades).

The game was played three times and it ended up with two Chinese victories and one Japanese but to be fair the first Chinese victory was down to some rather splendid dice rolling on their part and some rubbish rolling from the Japanese.

On to the photos. Not much of a battle report but the photos are here in sequence. The buildings are from my Chinese building range, the Japanese are from my Japanese figure range and the Chinese are predominantly Wargames Foundry.

Next up will be the cartel game. 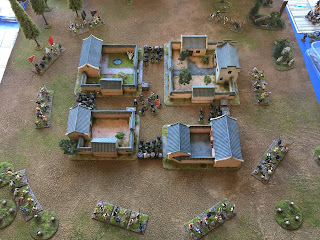 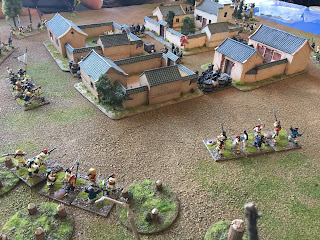 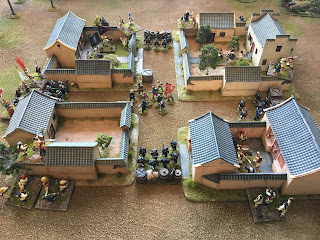 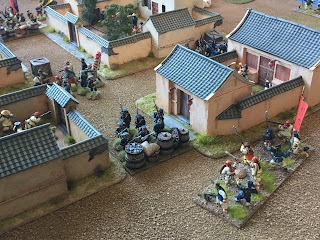 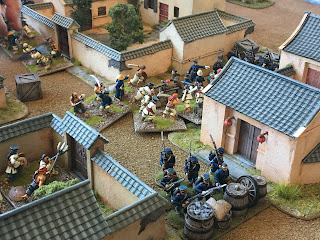 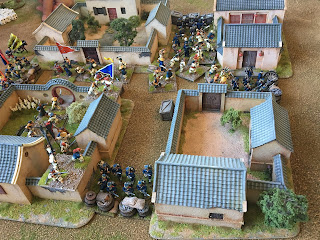