Work on the Salute board

Progress is slow but this isn't a huge issue as I'm fairly comfortable with the amount of work left to do.

I've completed the first castle wall section and I'm quite pleased with the result. There are approximately 480-500 separate tile elements on the wall top so I'm going to be casting it as I don't fancy doing that again no matter how much I enjoyed it the first time round.

The stone wall is laser etched MDF painted in a suitable Japanese castle wall colour (with some help from my wife).

Once another one is complete (after the bank holiday) I'll take some more comprehensive photos to better illustrate the scale and size of the wall. 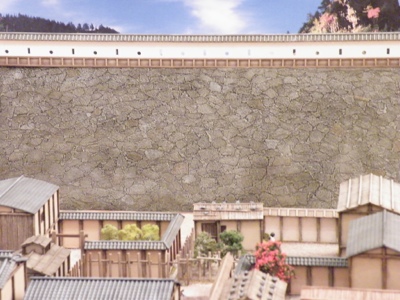 Although sometimes that's not as good as it sounds :-)

Unfortunately work commitments have prevented me from doing what I like, which is making things (even though I make things at work :-/ ) but the time has come to start getting ready for Salute. Fortunately most of the work is done so its just a few finishing details, a set of castle walls, a few more building bases and we're good to go.

I've been working on and off on three new bases to go with the ones I already have. I'll also be borrowing some commission ones that I made a while ago from a very nice chap to fill the spaces.

These three bases are more high end merchants house/shops and this is evident from the high proportion of tiled roofs. About half of the buildings are from my catalogue and the rest are scratch built using the same technique and style as the masters from the catalogue ones.

There are still a few details to go at the front, like stalls and benches but they are pretty much there. I didn't really take any wip pictures and until mobile blogger allows you to put pictures in the post content rather than at the end we'll just have to have them at the end.

More to follow on a regular basis as the big day draws closer. 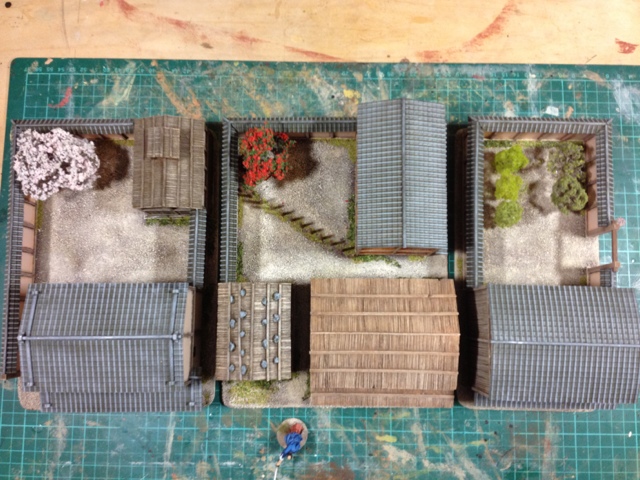 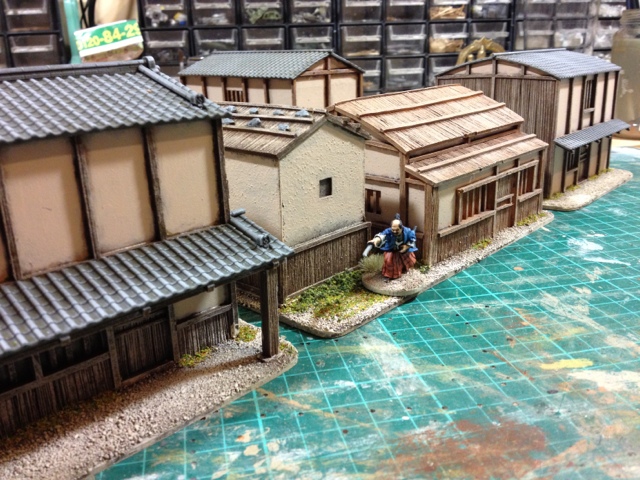