A few bits and peices 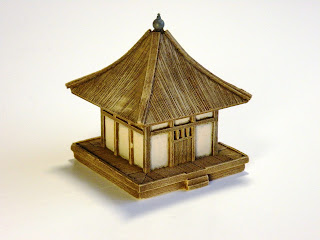 Got a couple of smaller things and some web releases to show today.

First off, the releases. I've finally finished the roof of the 15mm odou which is now ready, I've also done a series of 15mm walls similar to the 28mm ones. Not much as to a write up about them I'm afraid but they are available now and will be on the site tomorrow (at some point) 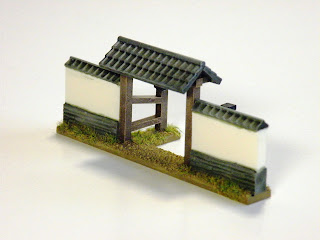 The prices will be on the site also and I'm madly trying to get stock ready for Salute.

I've got quite a few more things on the go for the website at the moment, generally range expansions and filling in gaps here and there but I'm not going to get them ready for Salute this year, I'll just work on them during the coming summer.

Below I've put a couple of pictures of some small commissions that I've recently done and will be using on the Salute demo board before they go to their rightful home. 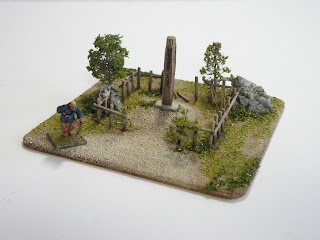 First off is a roadsign or michishirube that would have been found on the main highways of  Japan. It would basically say that you are on the road to whichever town you were traveling to. I believe that generally no distances were mentioned, it was just an indicator of the direction.

The construction was pretty much the same as the other Japanese terrain on here and the sign itself was a heavily distressed length of balsa with the words kindly written on by my wife. Basic translation is 'The road to Sekigahara' 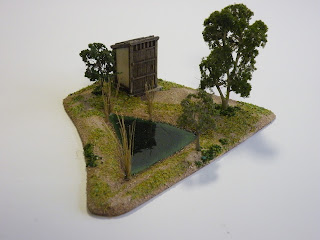 The next piece is of a rural toilet (kawaya). It might seem strange to have such a thing but a lot of the terrain around towns and villages would have been cultivated and workers in the fields would need somewhere to 'go'.

There would also be small shacks that would contain tools etc and also small shrines that thew local farmers would come to and leave occasional offerings for a good harvest.

I'll leave you with a few more pictures of them. 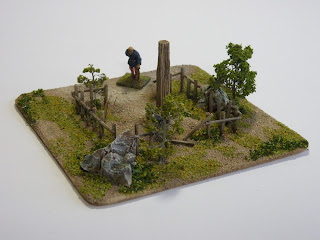 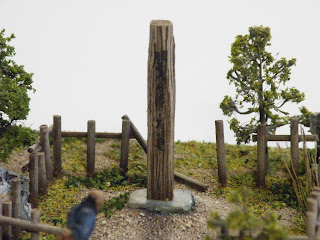 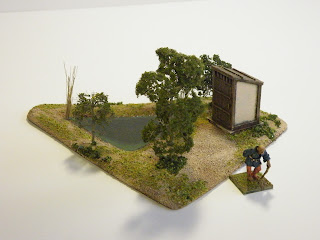 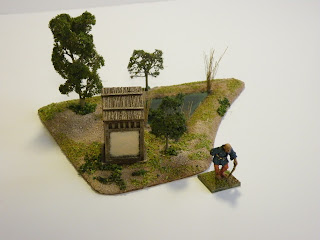 As the blog passes 10,000 views I just wanted to say a quick thank you to all the chaps and chapesses who 'follow', read and comment on my vacant ramblings, it is very much appreciated!

Here's looking forward to a year full of goodies, adventures, modelling, figures, gaming and all the goodness that makes our little hobby the joy it is.

James
Posted by jimbibbly at 17:54 No comments:

The Japanese have landed 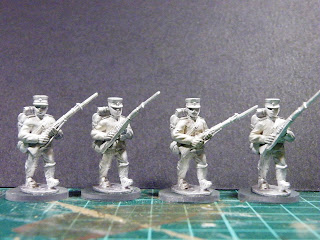 Well, come back from the casters anyway :-)

They are for the Boxer Rebellion and the early stages of the Russo-Japanese war (some units kept the uniform till the end of the war) and for the moment there are four infantrymen, three command and four naval crewmen.

The heads are separate (see picture below), they come with separate backpacks and the command pack comes with a banner pole and a simple flag (not shown here). The prices are as follows. £6 for the infantry, £6 for the command and £5 for the naval crewmen. 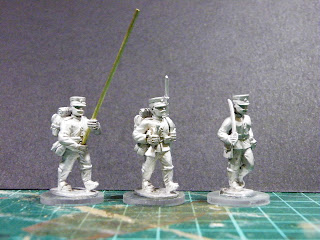 There will be a proper section on my normal website soon (after Salute) showing them painted, descriptions and general information.

In these photos they are mounted on 2mm thick, 20mm bases and there is a scale photo below with other manufacturers.

I have some normal marching troops on the go at the moment and plans for lots more, including cavalry, equipment, the odd vignette and some more naval types. 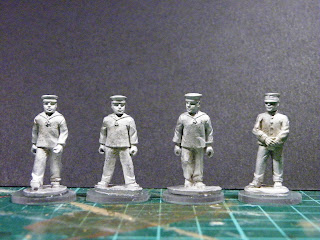 I will then be moving onto the other nations, probably Russia first for the Russo-Japanese war but we'll see what takes my fancy.

I'll also be bringing out a range of buildings suitable for the Boxer Rebellion and Russo-Japanese war during the course of the year.

If you would like some of these then drop me an e-mail using the address on the left hand side at the top (the side-bar). Paypal only I'm afraid for the moment but that might change.

The figures in order are, Copplestone Chinese, my infantry, my command, Perry Samurai and a Tsuba Miniatures officer 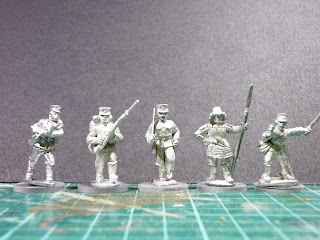 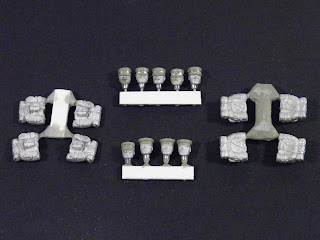 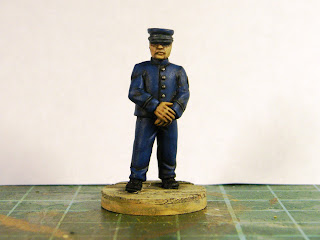