28mm Martians soon to be released 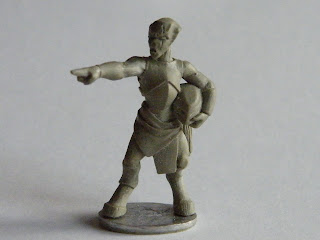 Myself and a friend of mine have wanted to do these for a while now and at last they are starting to see the light of day. The basic premise is that Mars has started to be colonised (circa 1890-1900) and certain factions of the indigenous inhabitants aren't to happy with it (and who can blame them). The setting is basically for all the world powers to either have a bash at each other or at the Martians. The first set of figures will be Sky Martians, these are the tribal, earthman hating, canyon dwellers who fly fast wind powered skiffs on lightning raids of human (and city Martian) settlements and trade routes etc. 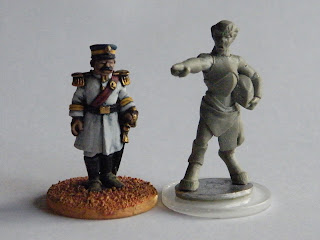 As you can see from the shot to the left, they are substantially taller than humans and are quite simple in their dress, finery and 'bling' would get in the way of speedy attacks. We have a lot of fluff that will go on a dedicated website along with a shop where the figures will be available from and the figures themselves will be appearing in one of Oshiro's demo games at Salute (table GA07).

They are also going to the casters tomorrow morning :-) I'm getting all excited! 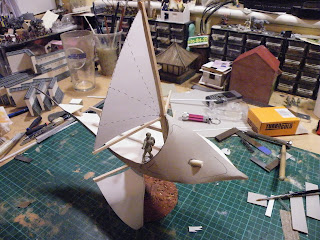 The main type of transport, a skiff, is also being worked on at the moment and here are a couple of 'preview' shots. The 'eye' at the front is a harpoon launcher which the skiffs use to attach themselves to their target and allow the on board martians to quickly board the enemy vessel, do the business, and then make a quick getaway.

The sail configuration needs some work to get the positions and proportions right but it's almost ready to start making the proper ones which will then be cast up and available for sale on the same website that the figures are on. 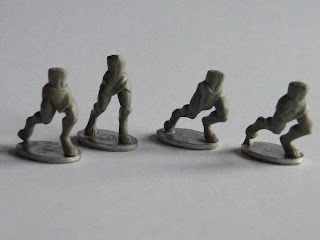 The trooper martians are multipart and multipose as we felt this would give the right feel for the fast, haphazard nature of the Martians themselves. If the pose look a little odd, all will make sense when you see the final products painted and assembled.

The colour scheme we are going for is very dark skin with a very pale, almost pearleseant  armour which should give a nice, different contrast to the Martian landscape. There will be info as to why these colours in the fluff. I shall leave you with a few more shots. 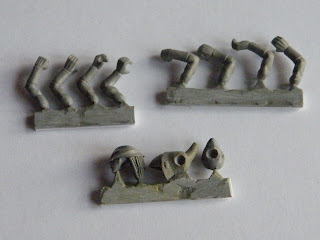 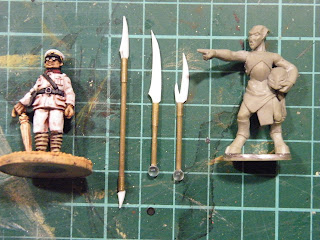 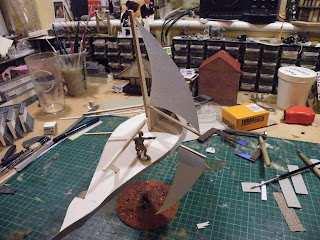 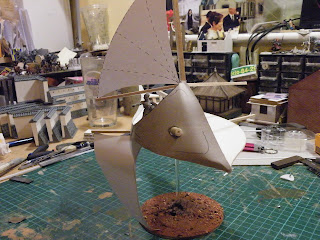