Whilst the going is good...

I'll post some pictures of some recently painted figures. I think most of these have made an appearance on the LAF but seeing as I'm in a posting mood here we go :-)

First off are some Bac Ninh figures, Shogunate officers and men. The chap with his arms behind his back is actually a Copplestone naval officer with head swap, seemed to work quite well. 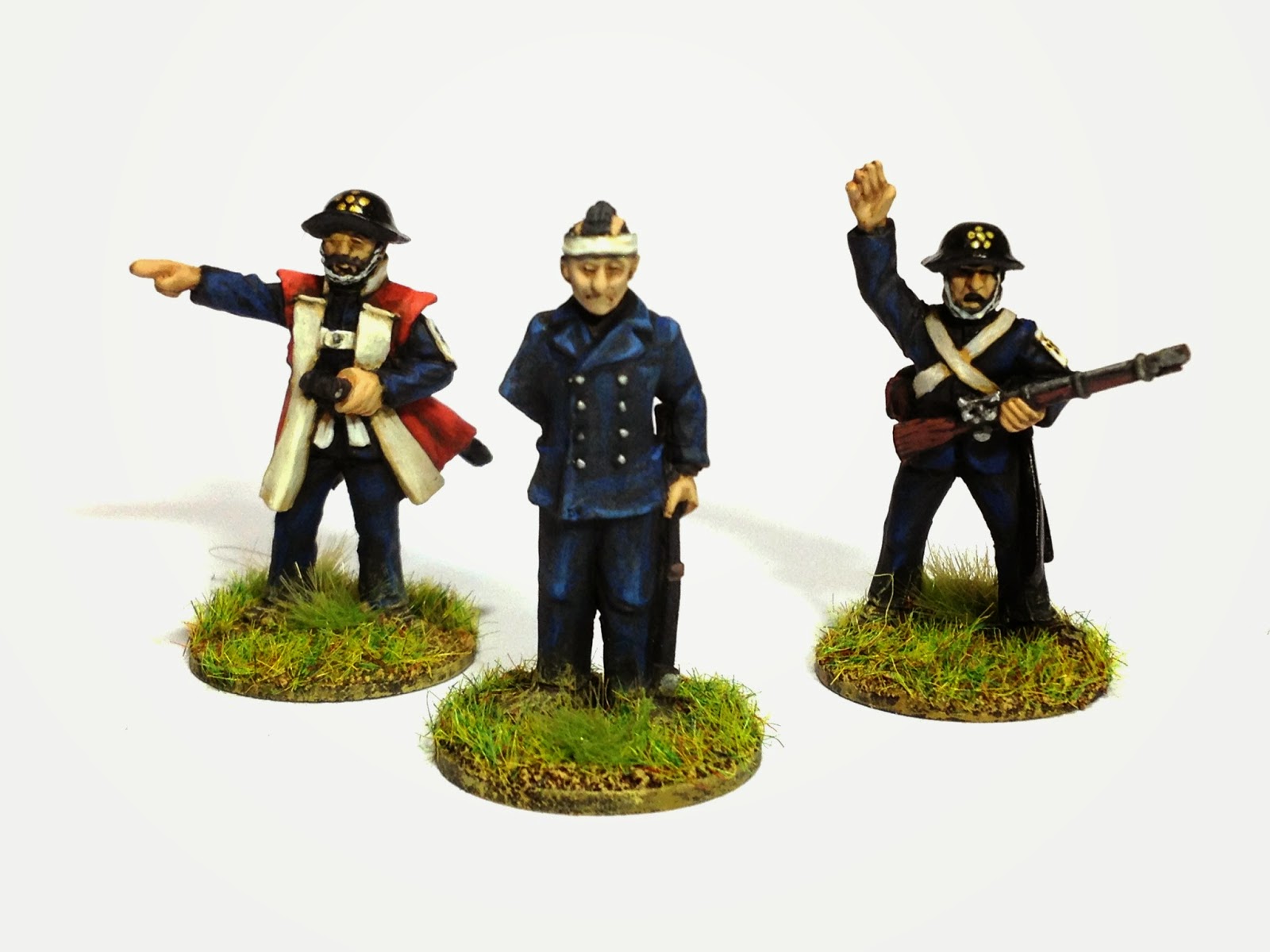 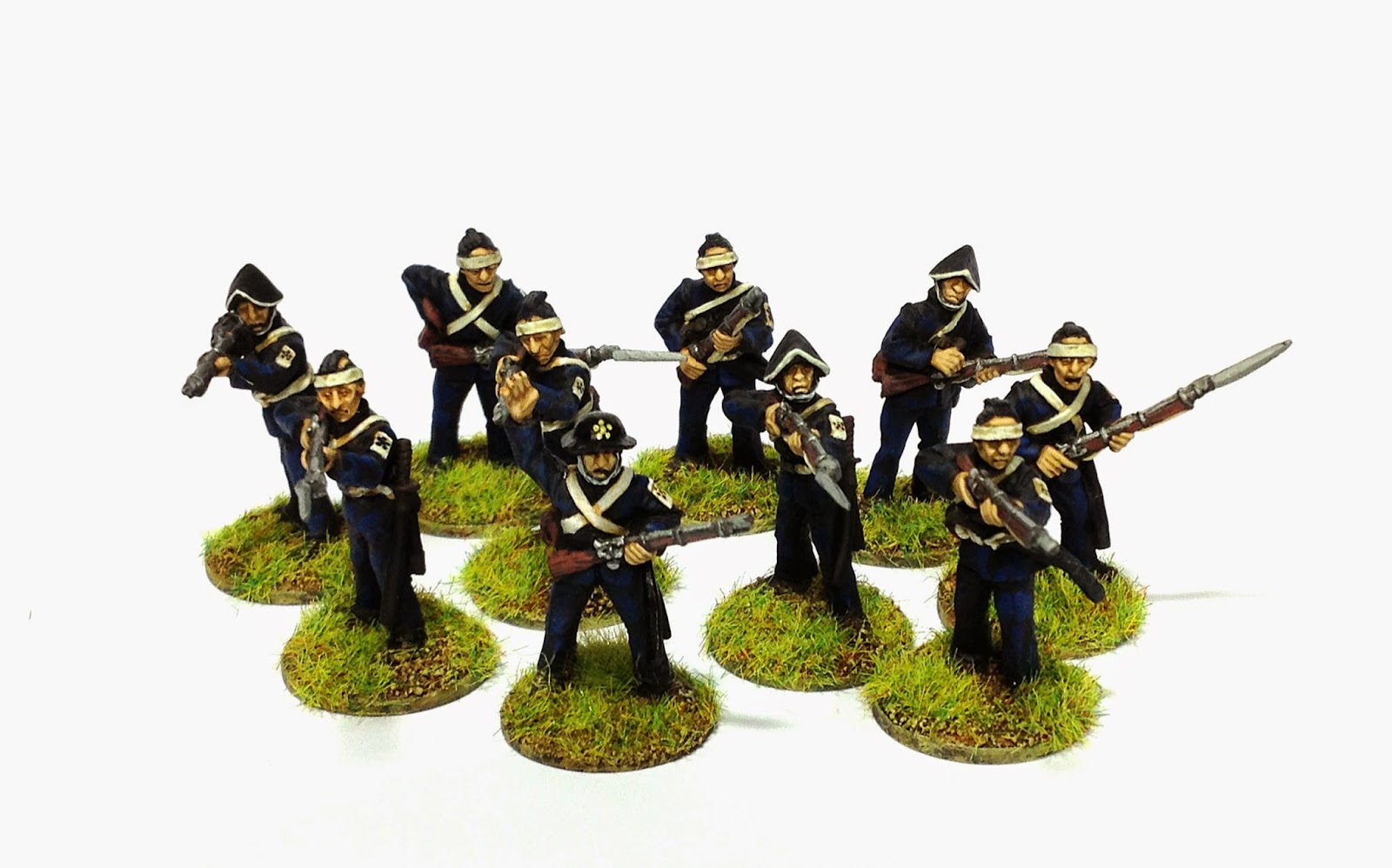 The next lot are some Game of Thrones figures using mainly Perry WotR plastics with some Gripping Beast dark age heads and arms. There's also a bit of green stuff in the way of cloaks and wooly bits. I've got a fair few more of these put together and will hopefully paint them soon. 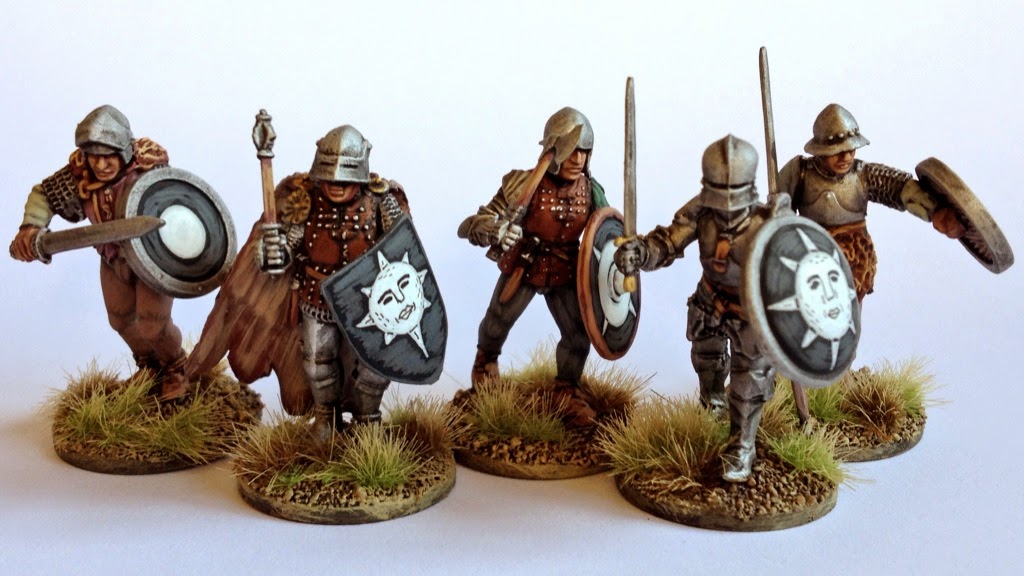 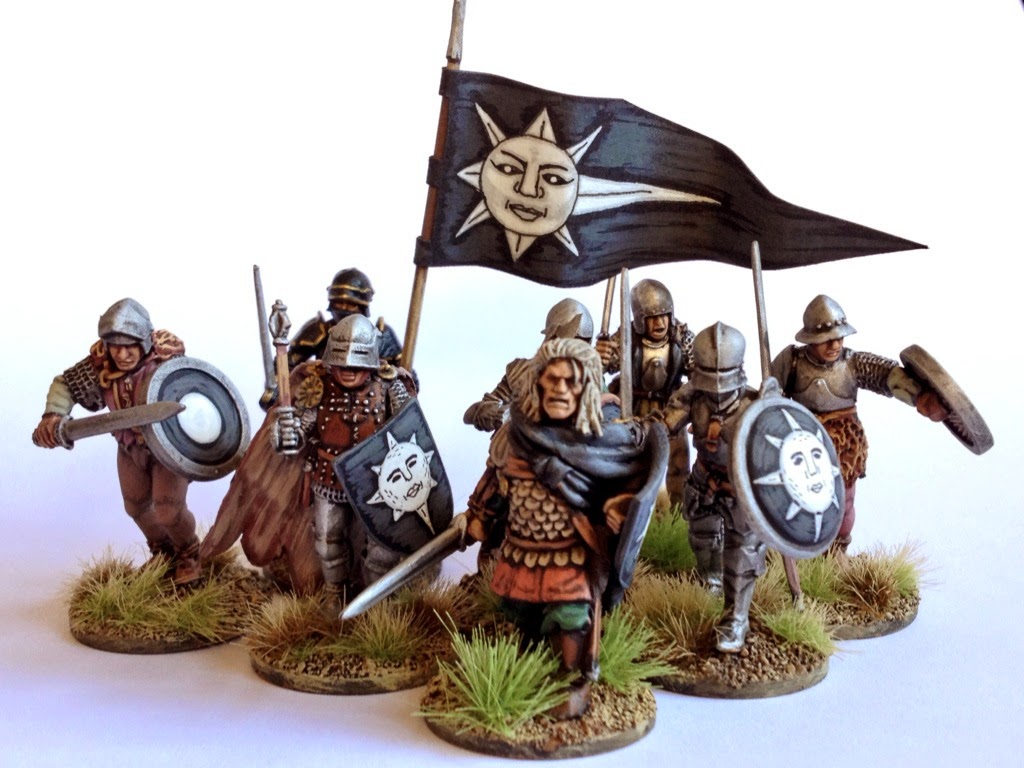 Also we have some old Games Workshop 'Dogs of War' figures that the Perrys did a while back. These are for an ongoing 'Army Painter' project on the LAF. I've got an awful lot of these (mainly pikemen and crossbows) but they'll get done eventually. 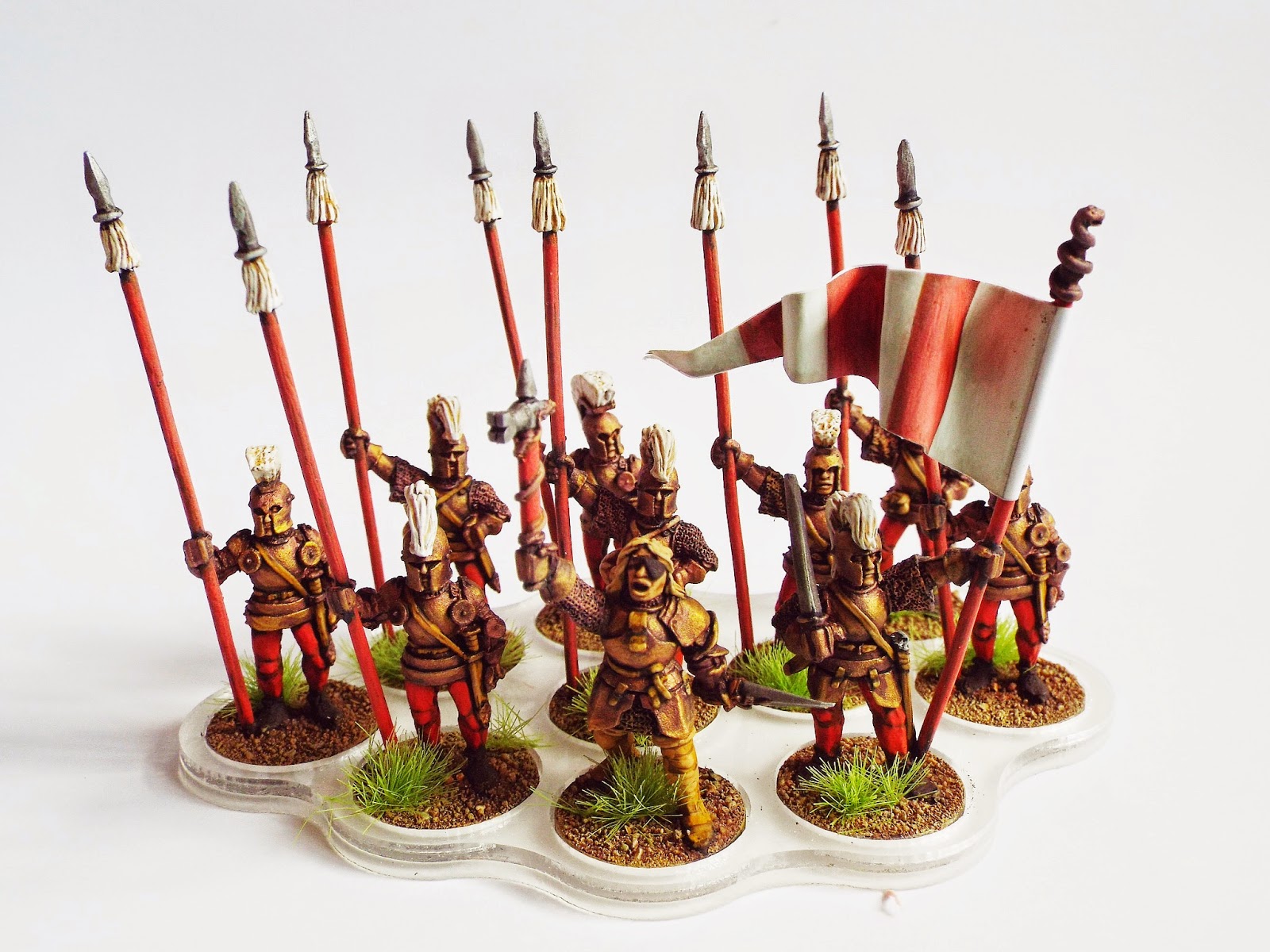 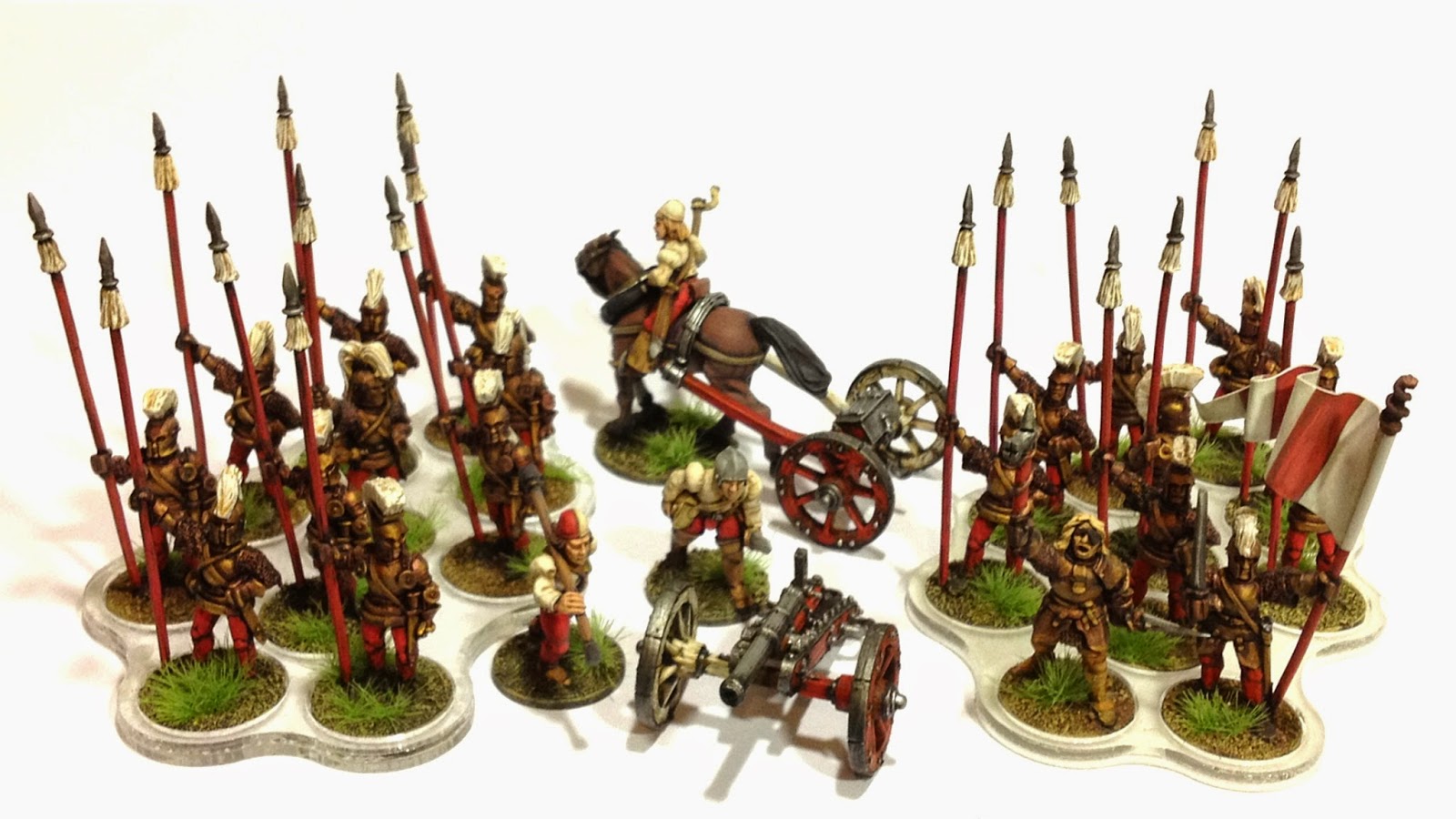 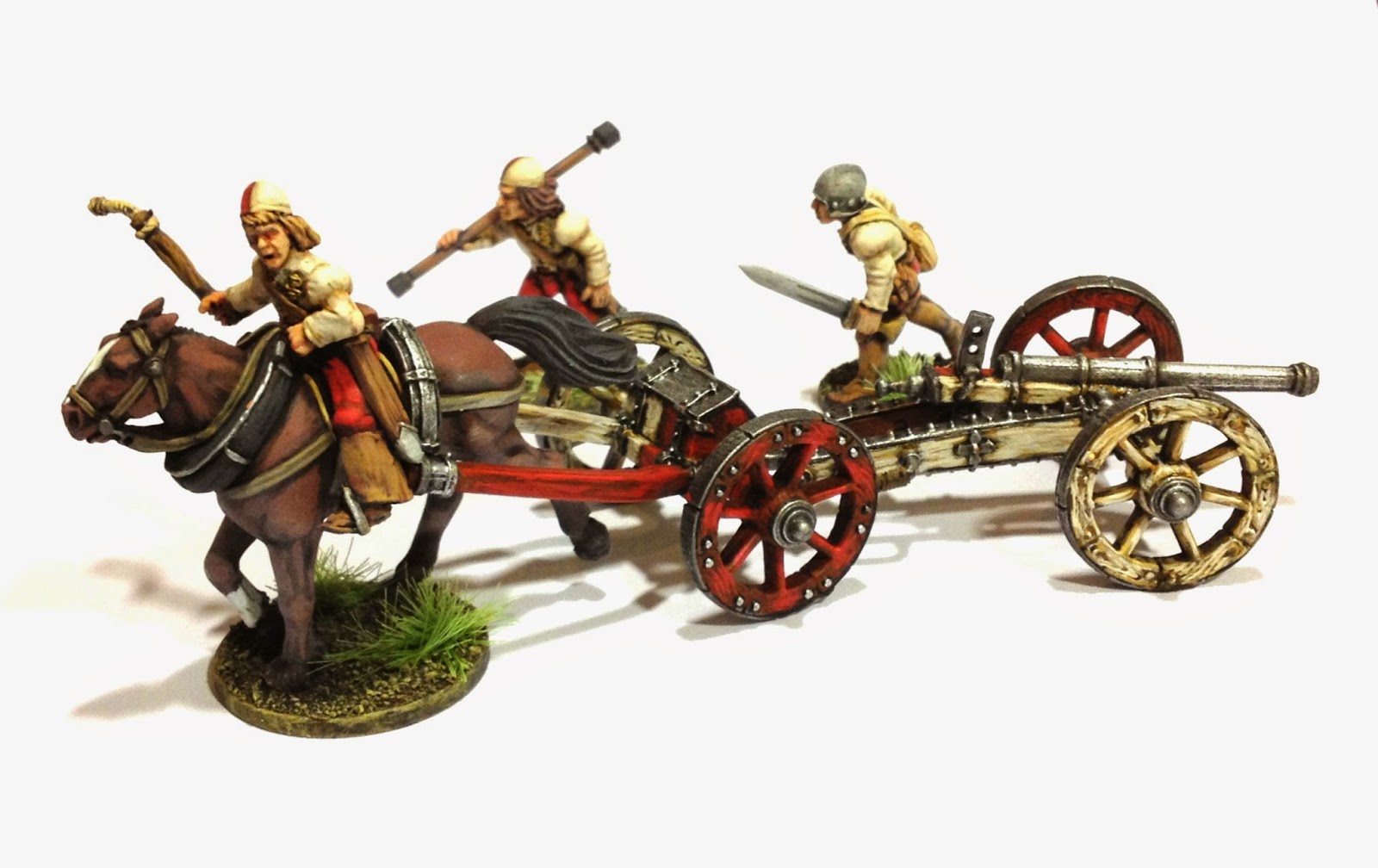 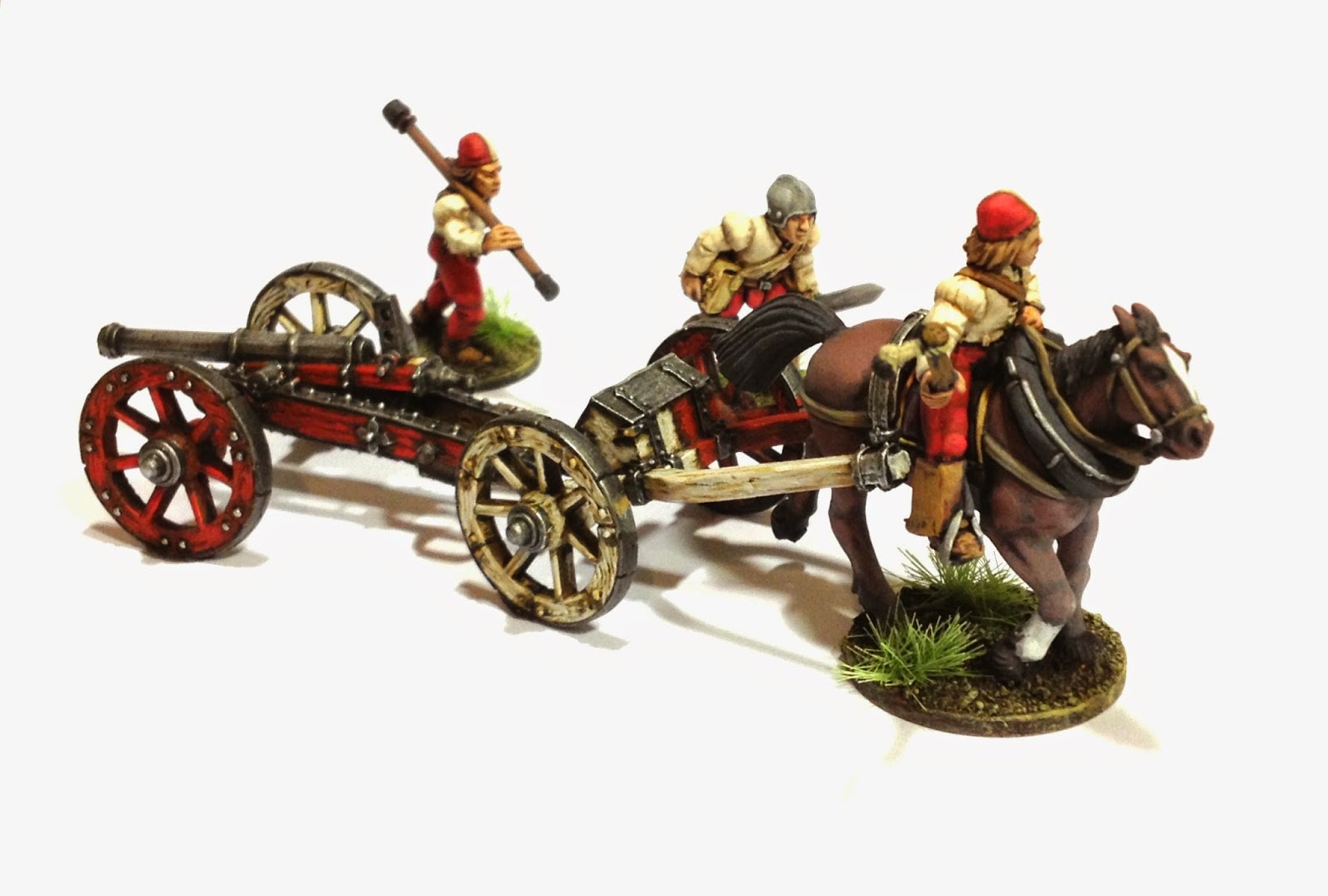 Finally some VSF figures for our ongoing adventures on Mars. Mainly a mix of Perrys and Copplestone with a few small green stuff bits here and there and the odd head swap. And as a slight departure from our normal 28mm shenanigans some 10mm Sudanese Brits from Pendraken that are on Mars. I'll be making a lot of stuff to go with these hopefully... Watch this space... 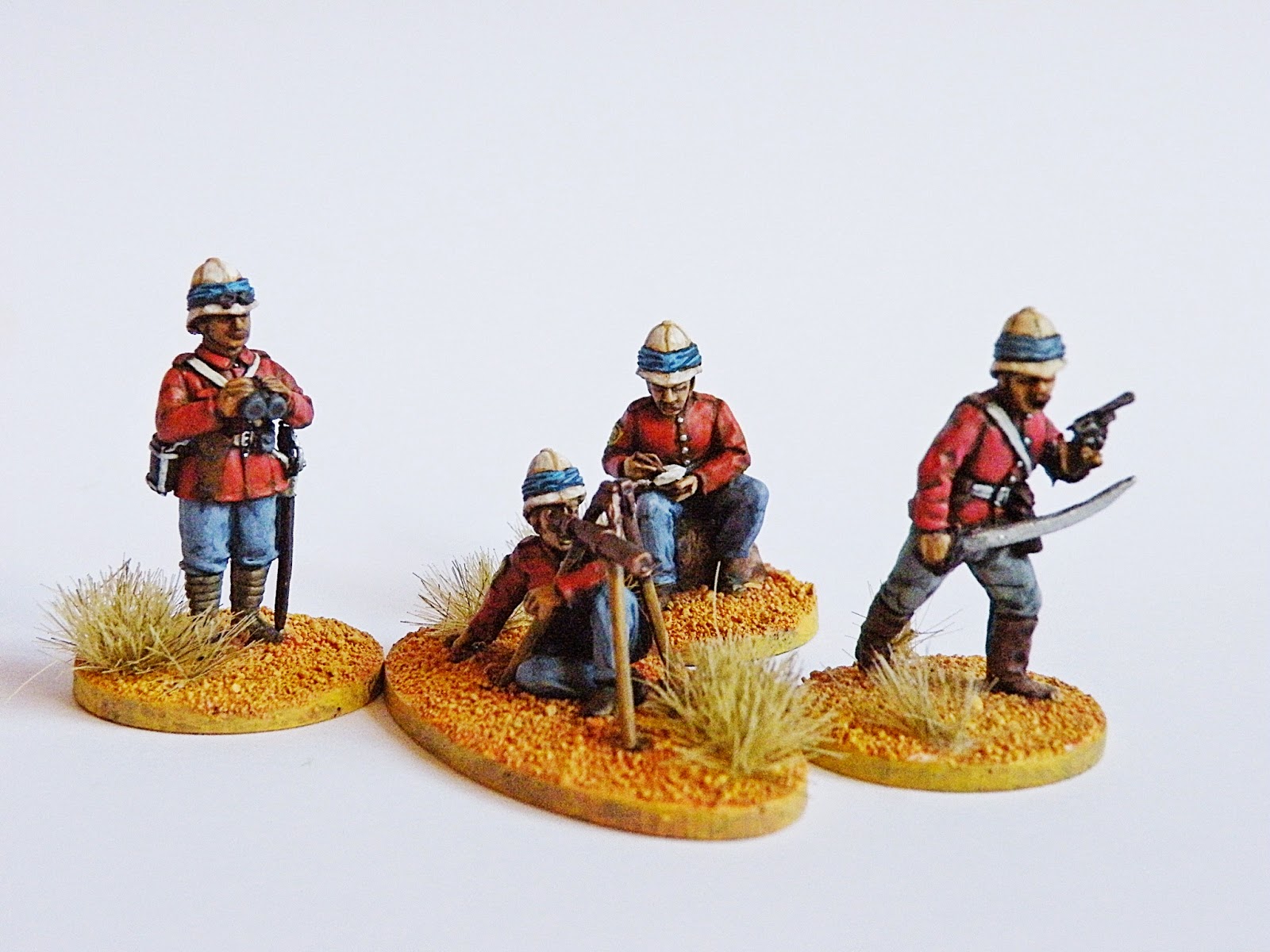 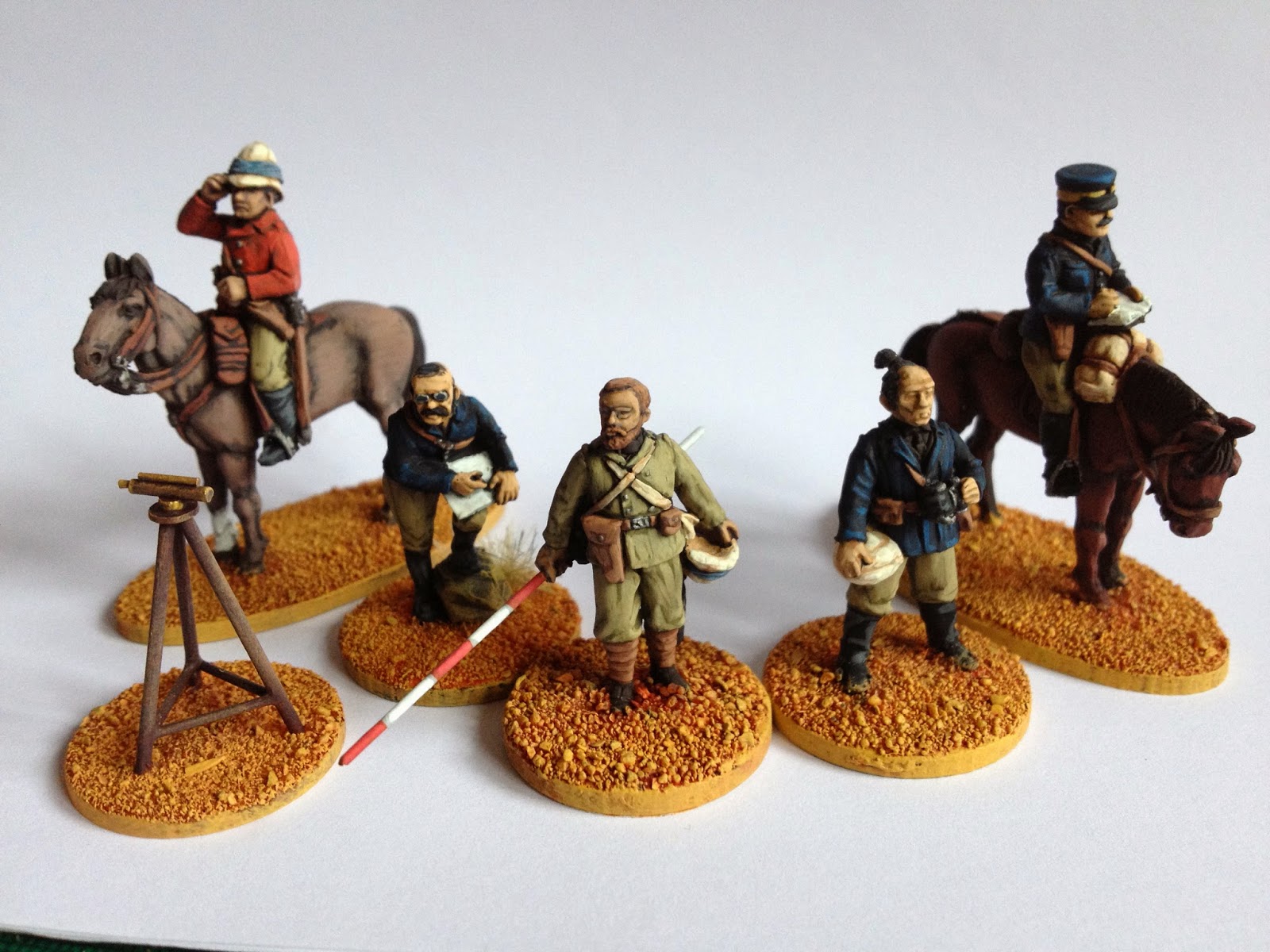 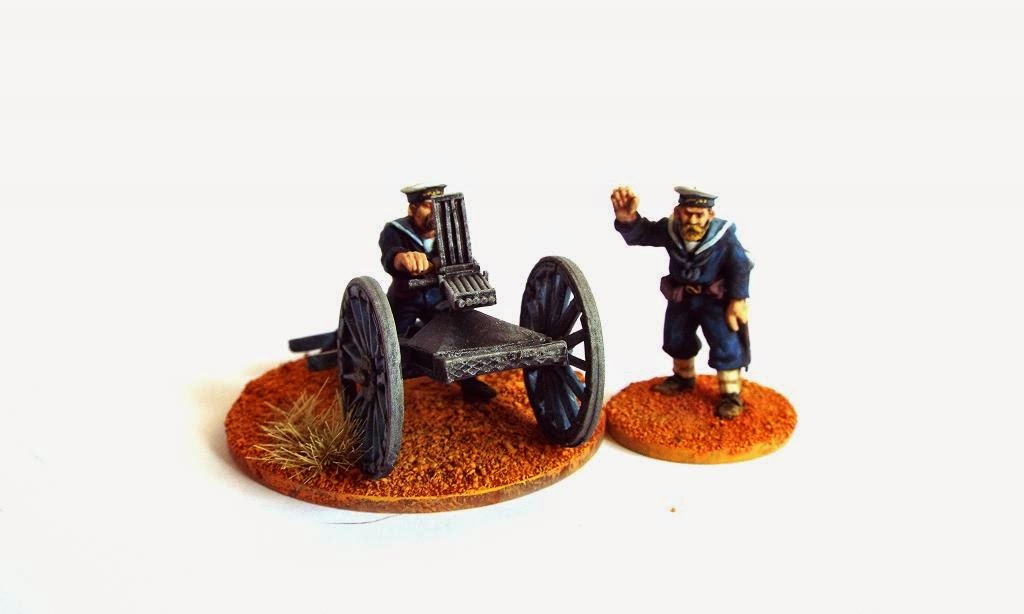 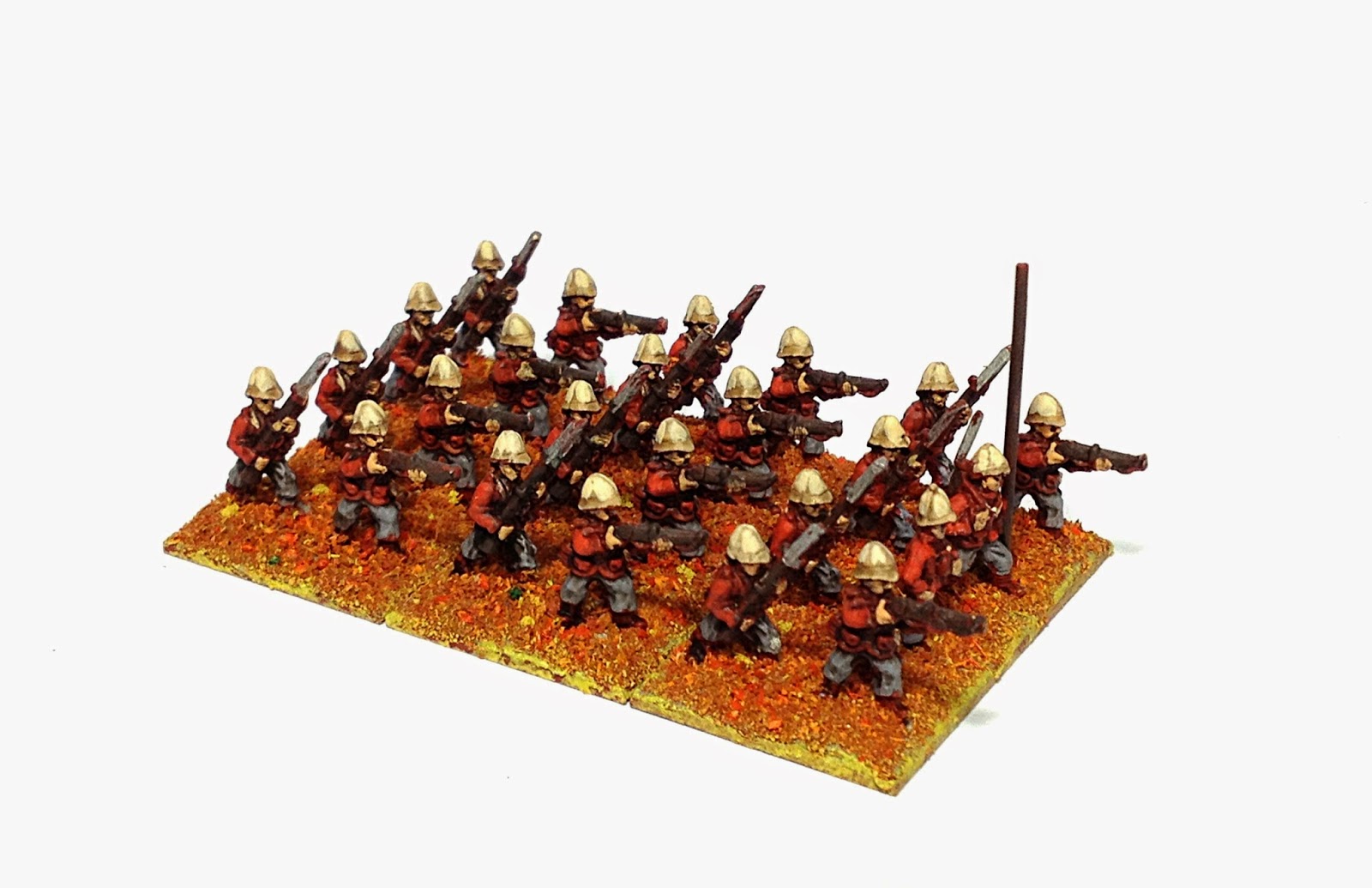