Working my way through Incom's manufacturing catalogue at a steady pace now :-)

Next up is the T-47 'snowspeeder' from Bandai. This is a 1:48 scale kit and fits quite well with the bendy plastics from WotC. I must say that the Bandai kits go together like a dream and I only hope they do all the kits.

But of course, I couldn't just leave it at a normal kit, I felt a conversion coming on.

The first theatre for my Star Wars project is Tatooine (or it could be Jakku...) and so I thought a sandspeeder would be a good idea.

The first thing to do was to change the harpoon gun on the back (which I always though was a bit convenient...) to something with a little more kick. 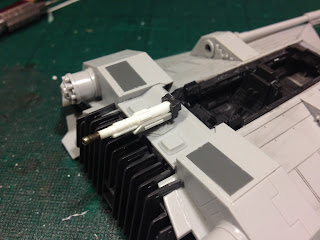 Next thing was to cover the open area between the wing nodules to try ad stop the dust getting in. Just some styrene sheet with score lines on to match the existing panels. I also added a couple of grab rails and really shortened the cockpit to try and give it a more desert feel. 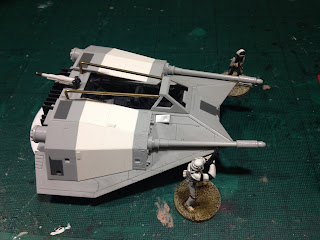 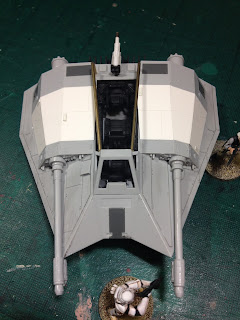 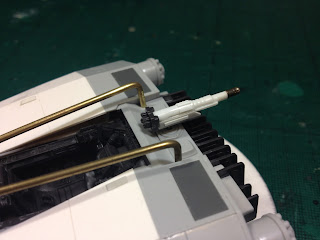 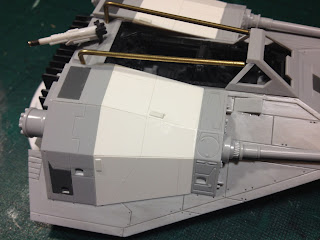 After these parts were finished, it was time for the paint. Quite a simple scheme of sand and grey (I'm still debating whether to put some identification markings on it). The whole thing wassprayed the sand colour apart from the cockpit, which was masked out as the detail for that was done already. 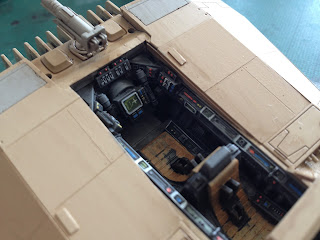 Once the primer coat was on a few areas were left unmasked for the grey to go on and then it was onto the weathering. GW inks and plenty of weathering powders did the trick along with some sponge paint chips in dark brown and silver.Also quite pleased with the way this turned out but the photos don't really do it justice :-(

The final element was the crew, fairly simple sculpts that only needed a simple paint job (I cheated and used decals for the helmets). 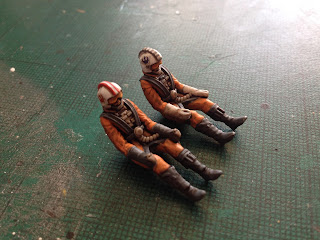 Here are the shots of the 'finished' thing so far. I might still put a few details on it but we'll see (the base is yet to finish). 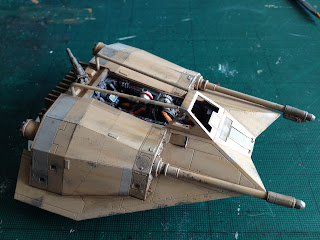 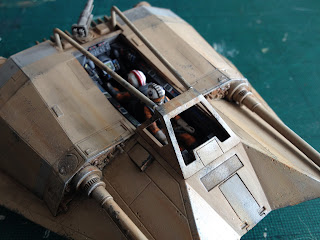 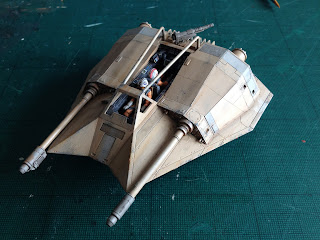 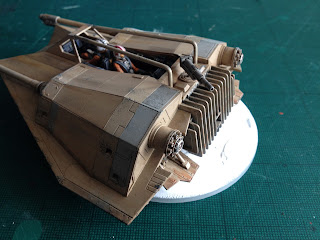 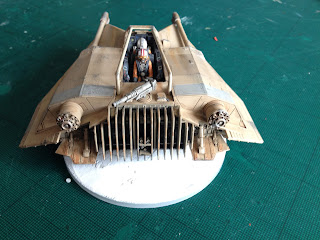 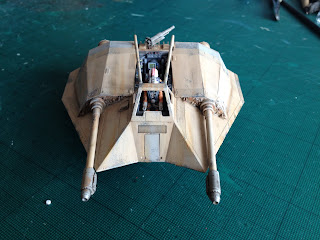