Had a short break from posting as I (and my wife and a couple of friends) went on a little trip to Paris to watch the Japan v France game for this years rugby internationals. Suffice to say it was a fantastic game ending in a draw. I won't go on as I'll bore you but the weekend was an absolute corker :-)

Anyway, back to wargaming!

I've got potentially large terrain commission in the pipe line and a sample of a small hill was required. One of the main things was that it was to be a cross between realism and gaming and so I got to work.

A roundish base with a chamfered edge was cut out and some plaster 'rocks' were added to the leading edge. The rear was filled with hig density foam and carved back to allow for a decent slope that figures can stand on.

The 'rear' was filled in with household ready mixed filler and then my normal gloop mix was applied. The whole lot was painted brown, inked and drybrushed then various flocks and grasses were applied in a pleasing manner. Other, slightly larger growies were placed around the rock edge  and the whole lot was given a coat of spray varnish.

It seems suitable for different scales as well and hopefully the terrain commission will be a go in the New Year. 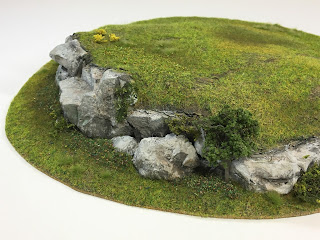 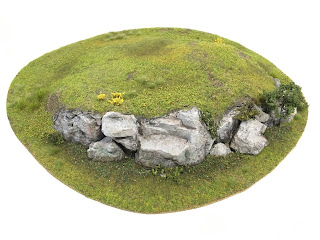 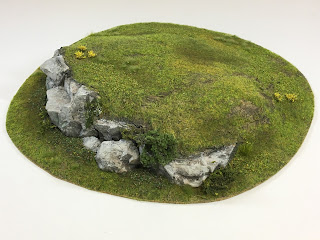 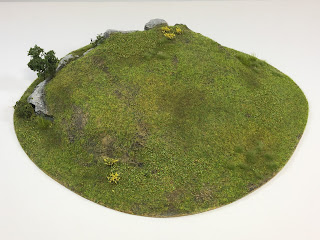 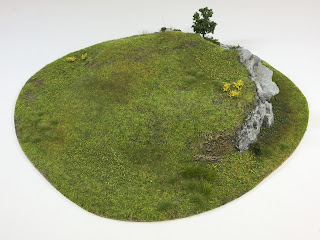 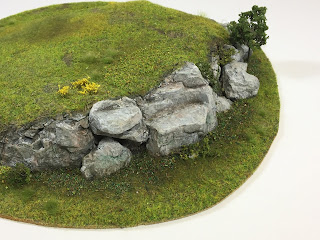 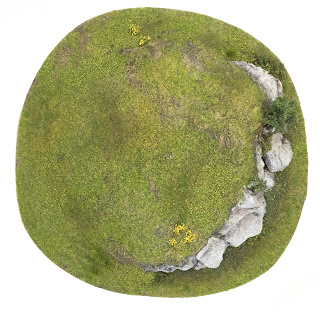 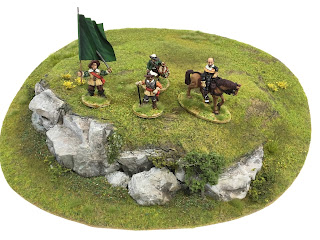 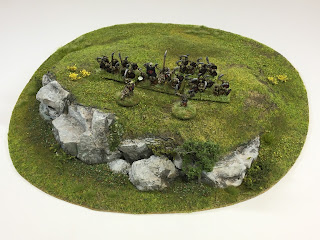 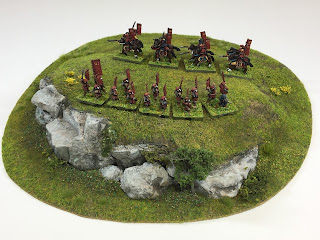 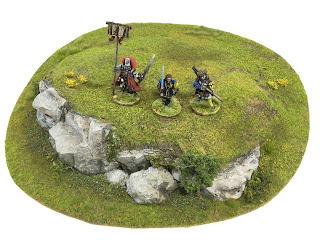 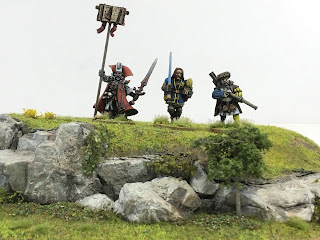