To keep you going until a proper commission post early next week here is something for the first block of flats for my Akira/manga/anime project (done a few years ago but it's good to get it down).

The Japanese cityscape is quite different to what I'm used to and with having an interest in anime, manga, plamodel and wargaming it seemed only right to start a project including them.

As I tend to concentrate on the terrain aspect of any project the first thing to tackle was a simple block of flats. The vast majority of Japanese buildings are built separately from their neighbours (an earthquake damage prevention measure), even the very large ones so they lend themselves to being build individually.

I've got several thousand and photos of the buildings in urban japan now and picking a generic looking block of flats was fairly simple (lots of them look very similar). First off was to pick a decent floor size and start drawing. The flats are about 190mm x 120mm which seemed to be the best compromise. One of the intentions is to have accessible interiors and so each floor is removable. All the figures are based on 25mm and there'll be a separate blog post on the figures and vehicles at a later date.

The walls are lasered and consist of two layers stuck together which helps joining the corners and sticking in the window frames.

Below is a rough sequence of the build for the first flats. The outside is complete but I'm still working on the shop interior and internal walls for the flats. I'm still actually debating whether having removable floors will be game friendly. The other option is to have floor plans for each building on the side of the gaming table and figures are placed on them instead... It's still up for debate though.

The shop is lit with led strips and there is some progress on the shop interior but not really enough to show at the moment. I've also started on a basement bar but since starting I've changed the arrangement of what the buildings sit on (again, more on which later) and there's still quite a bit to do on it both on making it fit the new arrangement and actually finishing it. 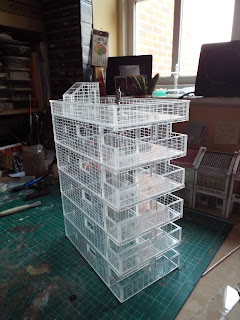 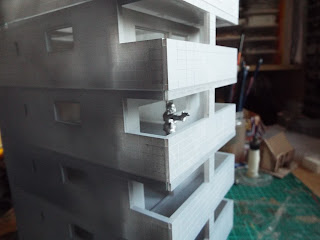 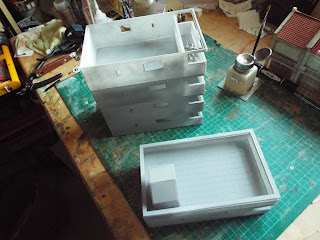 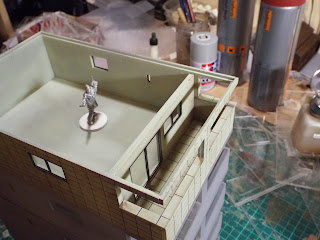 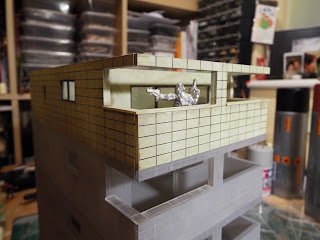 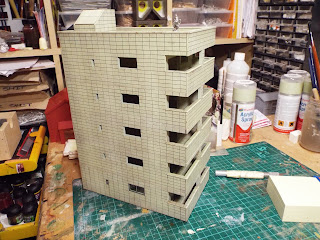 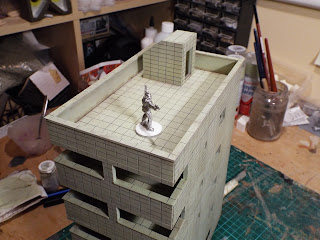 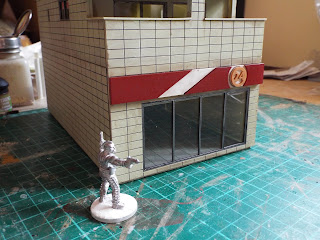 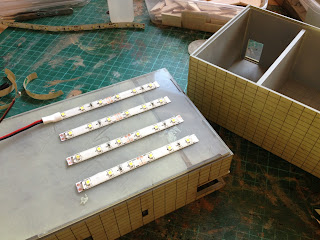 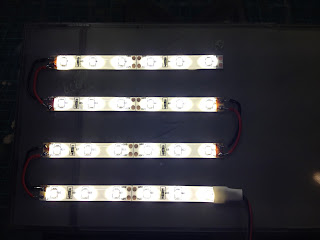 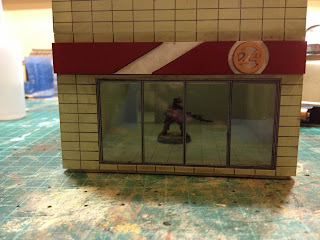 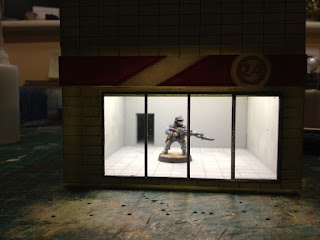 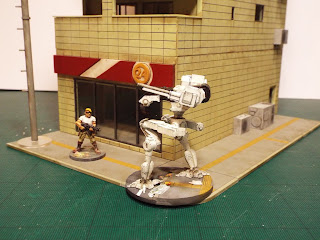 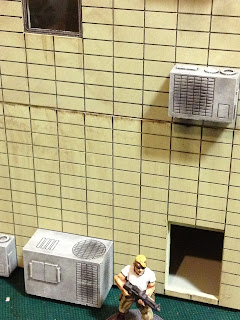 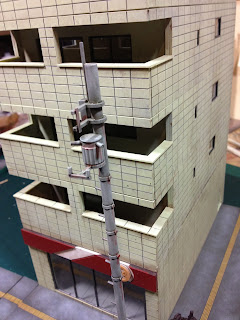 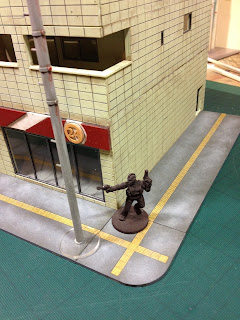 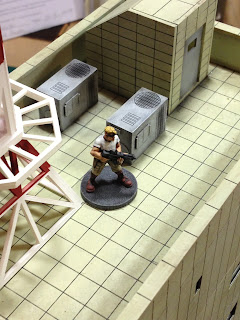 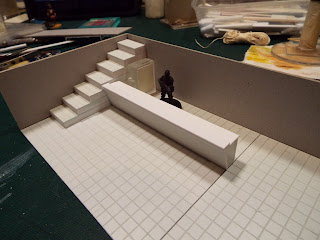 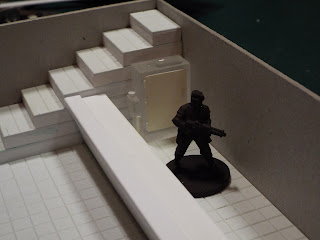