Another German commission and this one follows on from a previous job. The building has no base as the client will be doing that himself. I've got another four normal houses to finish off (this week) then it'll be on to some AWI builds for him.

The spire was drawn in Rhino and 3d printed on an Anycubic Photon. The z axis needs a bit of tweaking as there are some strata lines in the print and I'll sort that out later this week. It was given a quick sand to remove the lines, primed and painted with copper paint and given a slight patina. 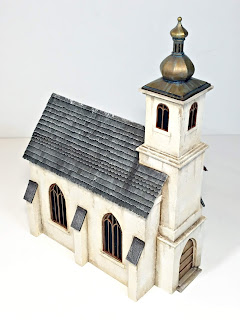 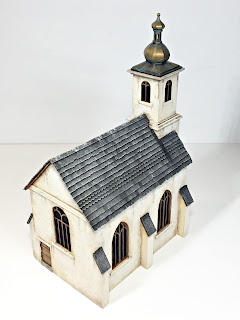 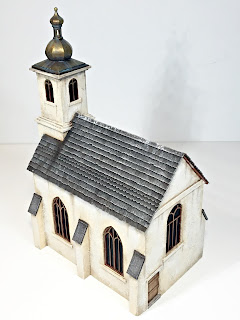 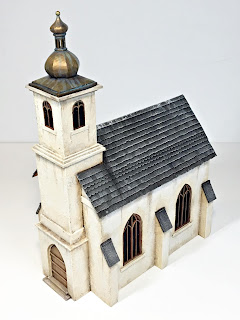 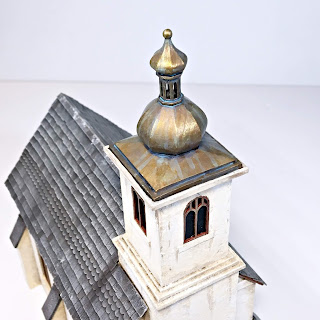 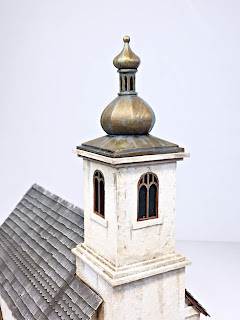 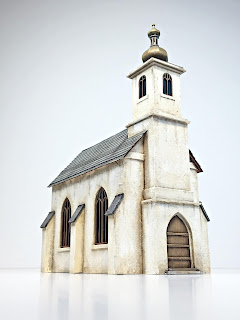 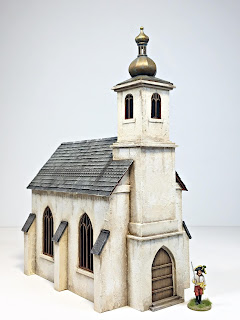 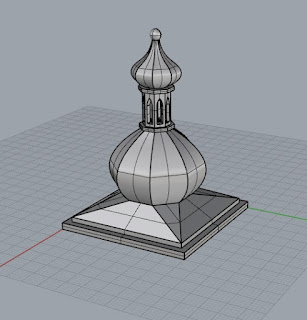