This was done a while ago for a friend but I've finally gotten round to taking some decent photos of it.

It's a kit bash of a Red Planet Miniatures Sky Martian skiff along with some scratch built elements for the 'Earther' parts. The guns are from HLBSC (who will be putting them upon his new website soon after they disappeared for a bit).

Although there is an English flag on the mast, it's really owned by an independent trading company under the guise of British traders ad hiding behind the might of the British army on Mars :-) 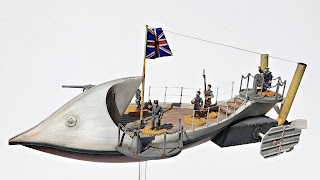 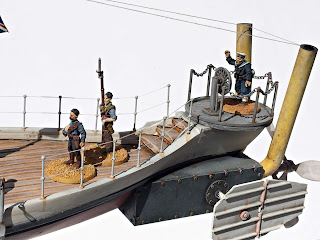 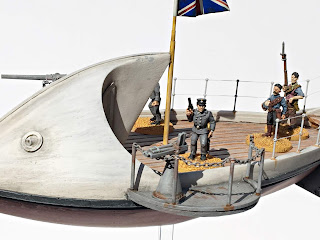 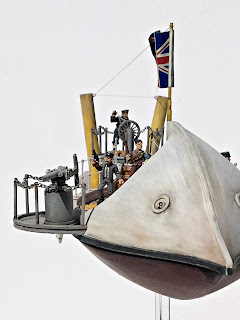 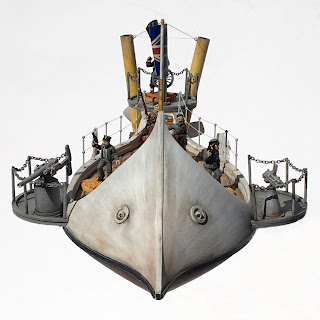 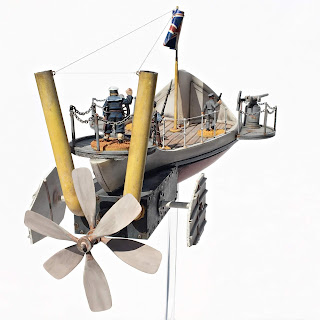 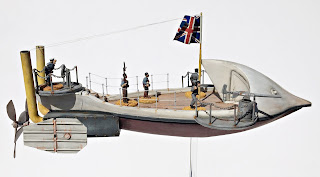 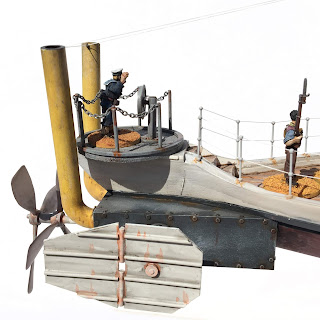 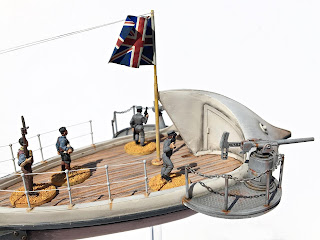