There's a Feudal Japanese group I'm a member of on Facebook and the runner/moderator came up with an idea to do just 30 minutes a day of a particular gaming project or group of figures and show progress. The first time it happened was last year and I managed to get some samurai painted up but this year I'm doing some terrain for myself in the form of a simple Japanese shrine.

I won't be posting here every day, just once a week and seeing as we're on the seventh day, here's the first post.

The layout is below and all the buildings are from the Japanese catalogue here mainly from the religious and additions sections. The base is the size it is because I have a particular box for it to go in. This was day one. 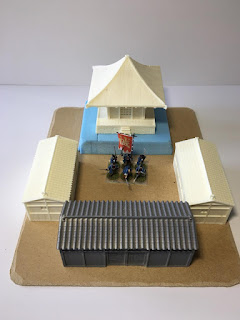 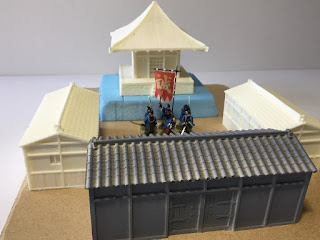 Day two was realising that it wasn't quite right and needed a little base to the front to include a torii, hand wash station etc. I also made a set of stepps up the mound. 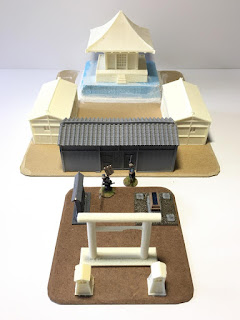 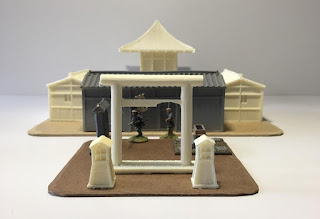 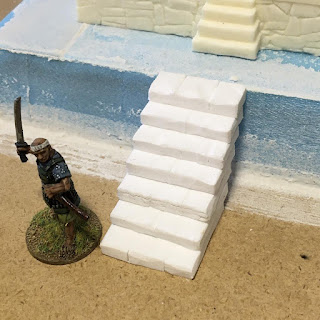 Day three was painting some lose scatter terrain that will be dotted around the model. 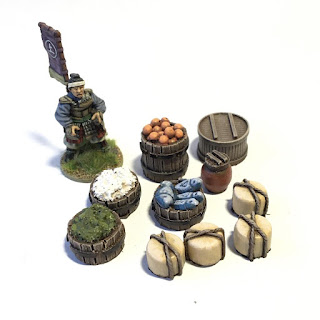 Totally forgot day four so made up for it on day five by prepping the buildings for painting and filling in the steps to the mound. 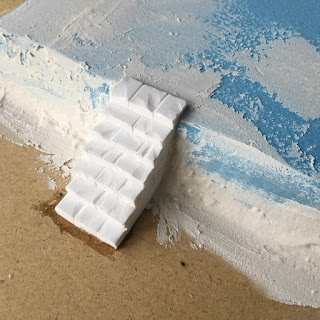 Day six was getting the wood mostly painted but it will probably need some touching upat a later date. 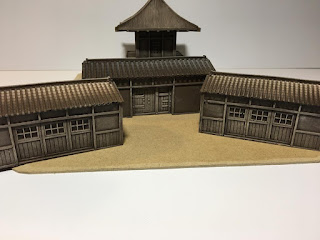 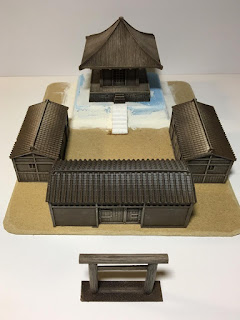 Day seven is today and I painted the stone base for the odou and detailed some of the wood work with inks. 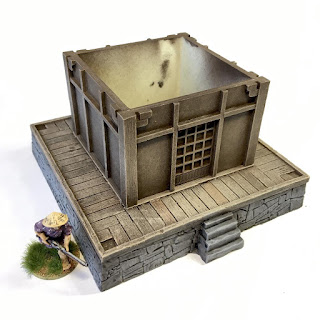 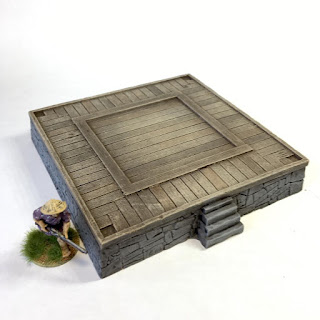 I do not give 'Tango' permission to repost my blog posts elsewhere.
Posted by jimbibbly at 19:10