Two posts in one weekend, I must be going mad... 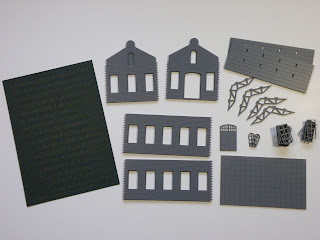 I've been working this out for a few weeks now and here is the result, a modular Victorian warehouse kit that's all ready to go (unassembled of course). As you can see form the picture to the right all the bits are there and come ready primed.

Included in the kit are the parts as follows. Front, back and side walls, roof plates and struts (including guide lines for the placement of tiles), a floor plate that sits inside the walls, door and windows (spare windows) and a sheet of tiles (enough for one roof). 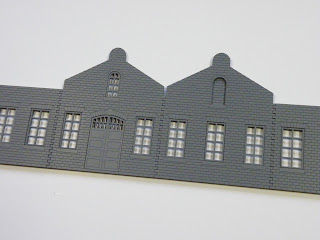 The walls are designed so that they will join 'seemlessly' together and the window/door recesses have a slight ledge all the way round to support the said windows/door.

It is possible to make a larger version using two kits and I will post a little post on that in the near future.

The brick and door detail is recessed so there will be no lack of detail once it's painted. I do recommend using a spray basecoat and then normal drybrushing on top to get the desired effect. 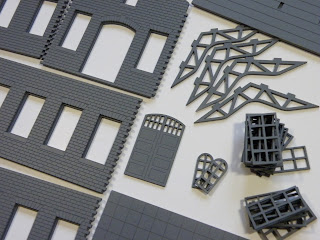 The photo to the right shows the scored detailing a bit closer so you get an idea.

I have plans for different types of windows and doors in the near future that can be bought as a separate bundle and there will be other expansions also.

I will also be making lots of other types of building to go with this one and most of them will be able to be made together in some way (wall swaps, extensions etc). 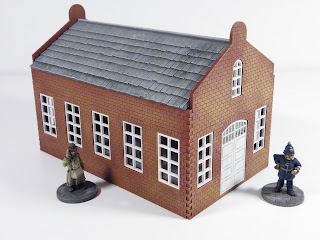 The painted version I did quickly last night just to show the detail in a better light. Obviously this one is typical brick red but have a look in Google images for 'Victorian brick colours' to get an idea of the tones and hues available.

I will eventually be doing one in 'London stock' which is the yellowy/cream colour found in London and the surrounding area. Of course the roof can be left removable so as to have interior access and the door/windows can be left loose (or blu-tacked in place) to allow for the simulation of damage etc. 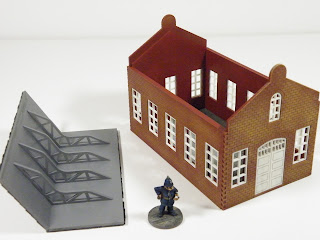 This is available now but won't be on the website for a while yet so if you fancy one then just e-mail me :-)

Well, that's all for now, I have a gaming weekend of games, food, beer and madness to get ready for next week :-D 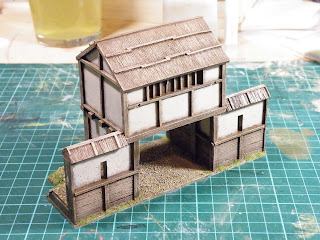 The modular yamashiro is finally ready to sell and it will be going on the website next week.

First off is the gateway, nice and simple as mentioned in a post below. This section is 150mm long like the straight sections already available and is about 100mm high. The gap under the gatehouse is approx 45mm.

The next two sections are both 60 degree corners, one internal and one external. I have started on the masters for 30 degree corners but these won't be ready for a while yet. 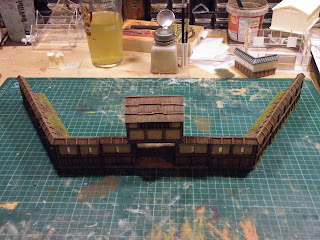 One of the options that will be on the website proper is a set of one gateway, two external corners and two straight sections. There will also be an expansion of more straights and internal corners but that yet to be finalised.

The set option is shown on the left and although it won't fit flush with a table edge I don't think this will be a problem.

The buildings in the yamashiro section will also be available in a set and there are more waiting in the wings to be finished off. 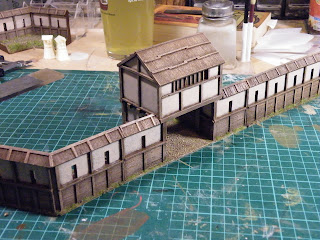 I also have plans for a few other sections which I think I mentioned in a previous post but I'll mention them again.

There will be a integrated wall building (used either as a store room or barracks), a corner tower but the size is no where near decided yet. There will also be a small tenshu or keep and a slightly larger barrack building.

I'm also thinking of an openwork watchtower but that's a fair way off yet. 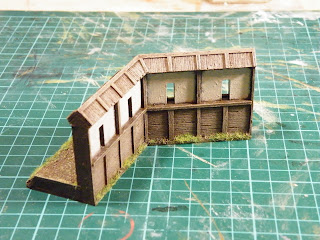 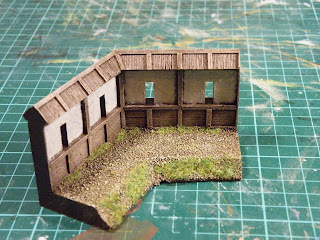 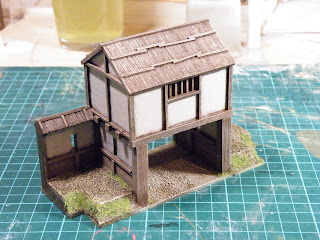 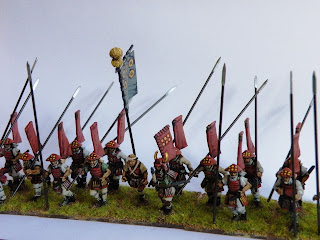 These boys are Sanada clan and there are five bases for my typical unit frontage but not all of them have four figures on. The figures lend themselves to have a bit of disorganisation and so several of the bases only have three figures on them.

I'm thinking I might employ this more often as it would save a little bit on figures and give them a more 'authentic' look. 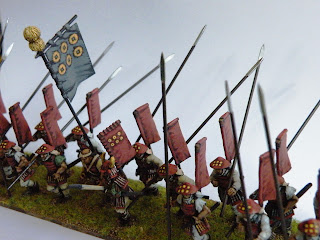 The banner was hand painted again along with the mon on the jingasa. I left the sashimono blank as this seemed to be the case for quite a few ashigaru units (well, according to a couple of Japanese books I've got).I will, at some point, set up a decent photography area in my room as my camera skills leave a lot to be desired :-/ However, in the mean time, these will have to do.

I've got the next unit primed and mounted for painted but I probably won't touch them for a while as I've got a few commissions to get cracking on with. 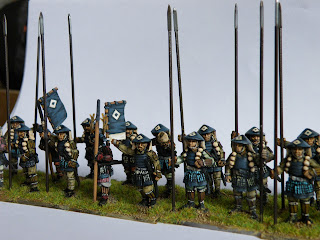 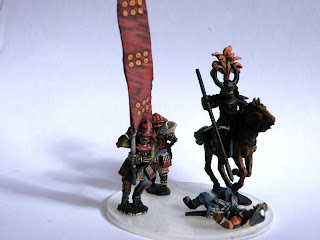 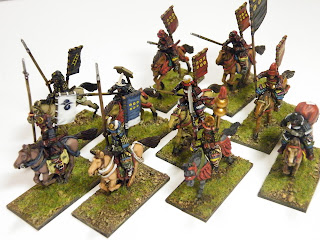 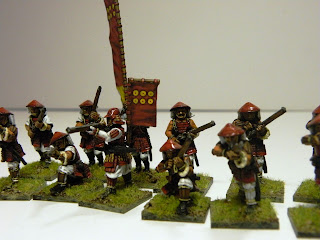 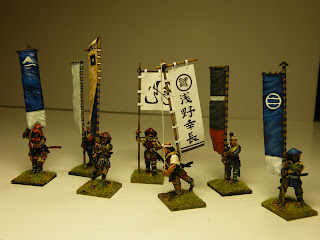 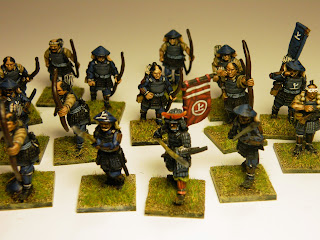