The talents of Alex Youngwood

I received an email from a chap the other week wanting to show me a diorama he had made that included some of my products and it was so good I felt I had to share it (after asking permission of course).
His contact email is below if any of you have any questions on techniques etc but I'll just leave you with the photos; suffice to say, it really is stunning work.
juxtimon@hotmail.com 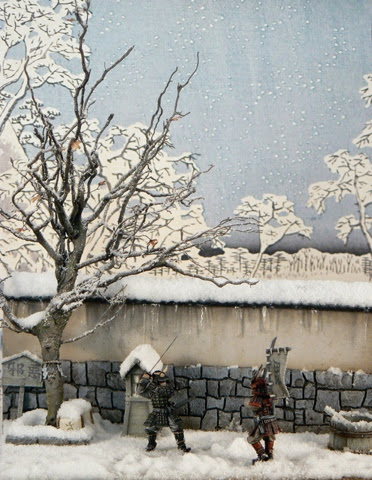 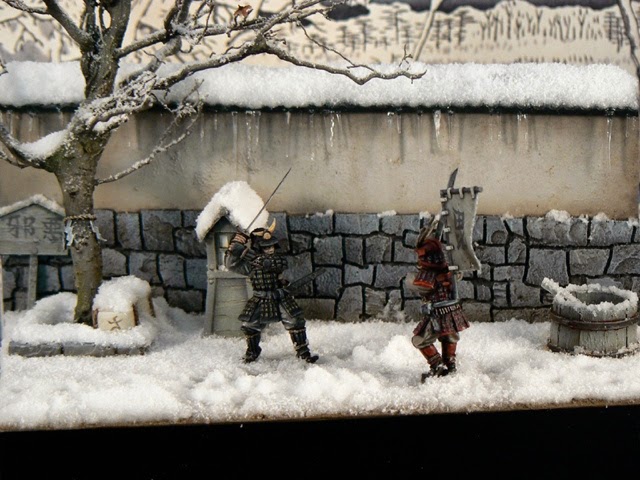 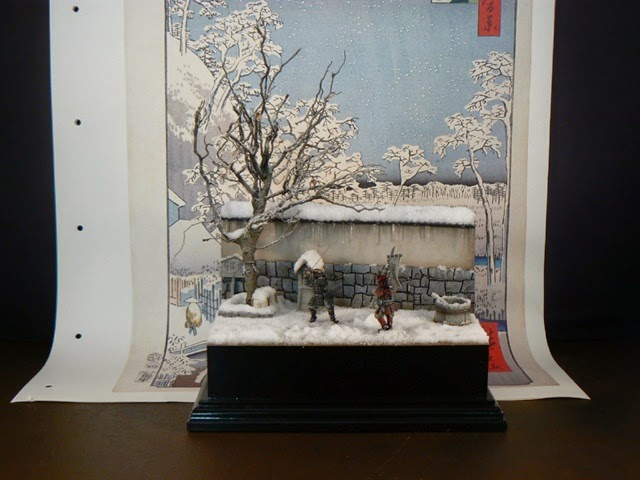 Just a small post for tonight. I bought a few of the newish Perry British Intervention Force figures with a view to using them in Japan for the many small actions that were fought between the Japanese and the international community (mainly Britain, France and America).
Obviously the Japanese will be from Bac Ninh figures, of which I have quite a few now,  and several terrain items have been started. I've only done two figures for now but more are primed and ready :-)
The 31st (The Young Buffs) were based in China so it's not implausible that an element were transported over for possible land action. Conjecture certainly but I haven't been able to find anything on the British land units in Japan at the moment.
On to the pictures, officer first, and I must admit I'm rather happy with the hat number on the infantryman, here's hoping I can do it again... 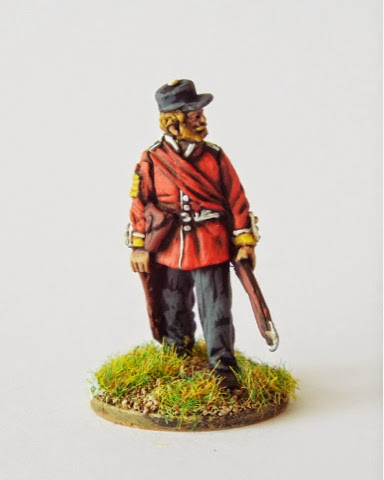 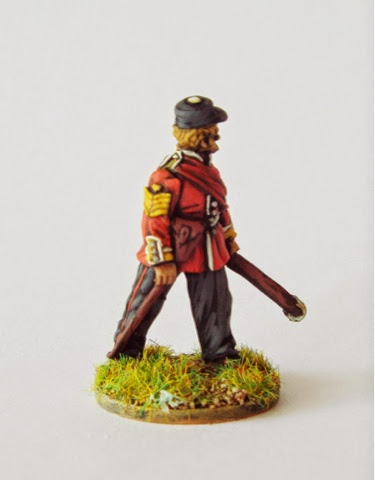 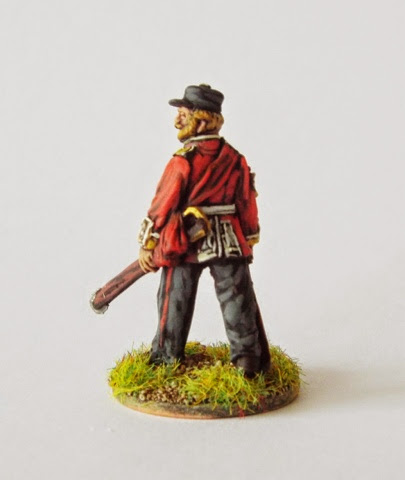 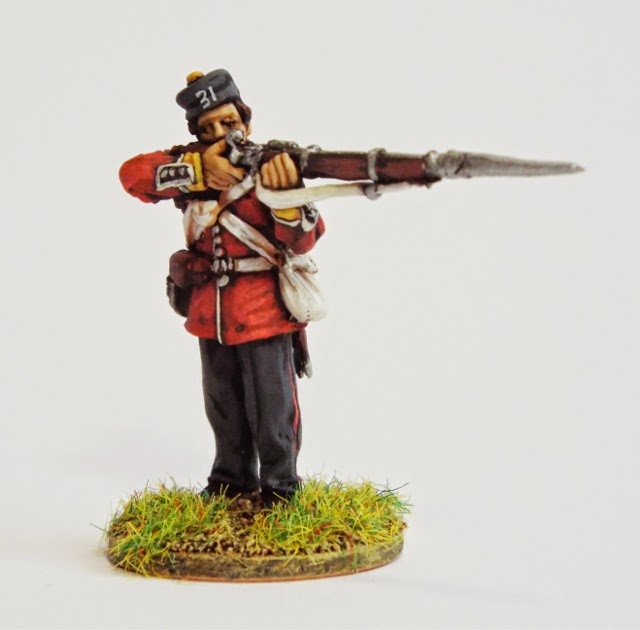 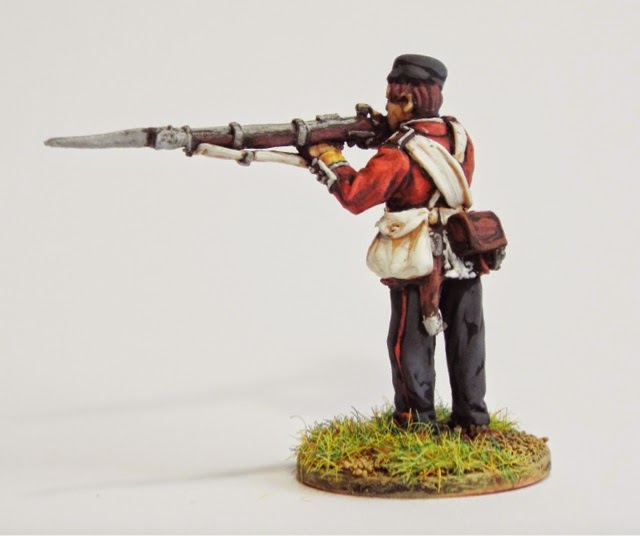 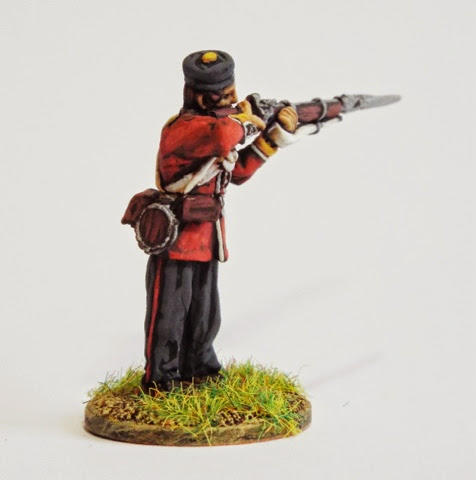 And the Japanese keep coming

Finished painting and rebasing some more Perrys from their samurai range. Two small units of Wako/Ikko Ikki and a few more Murakami.
I'll be using these together in the game to help bulk out the Murakami forces. 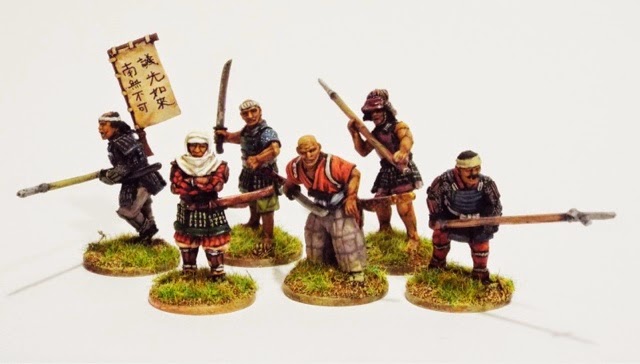 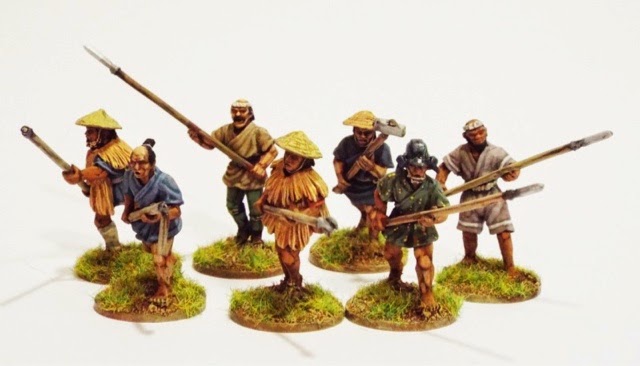 Really hoping to get a game in in the next week or two, got the figures, the rules are sorted (well, first draft of changes for Sharp Practise) just need to get the Big Man cards sorted and we're away :-)
ttfn
Posted by jimbibbly at 06:59 5 comments:

Now for something a bit silly...

I have always liked pre-dreadnoughts and ironclads from the latter half of the 19th century, the Japanese battleship Mikasa being a particular favourite. There's a post lower down about the Mikasa so I won't go into it here, suffice to say I've made a start on a 28mm VSF version.

What's this, I hear you cry, why not a proper version! Well, I want something that can be gamed on and a 28mm version of the real thing would be over 2.5 metres long! Bearing this in mind I started to draw a VSF version over six months ago, using a proper set of plans as main reference (scanned colour reference chart from one of the kits). 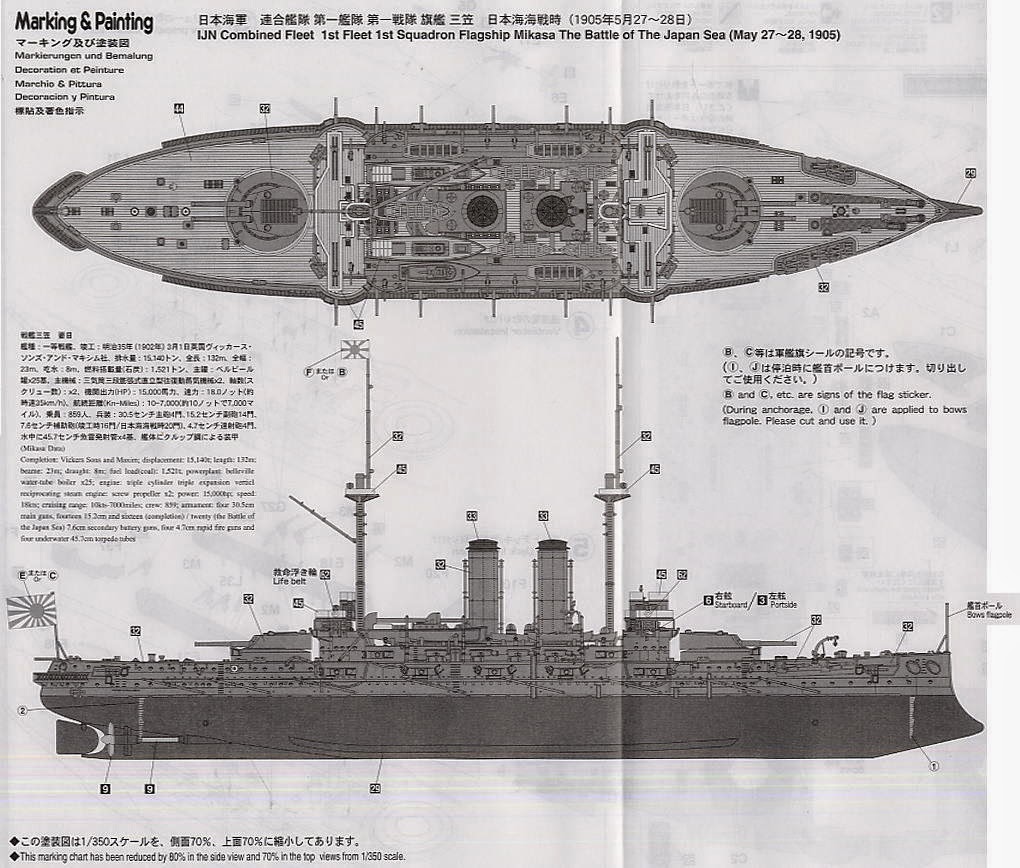 These were literally dragged into autocad and drawn over and then scale down to a manageable size for 28mm, although it's still over a metre in length! Obviously the shape is still the same but some elements have had to be reduced or left out to make sure that it all fits.

First off the main hull deck was cut out along with the veneer decking. I'm using veneer as it is an awful lot quicker than laying down balsa wood and given the nature of the model I want it is more in keeping with the style that I'm after. 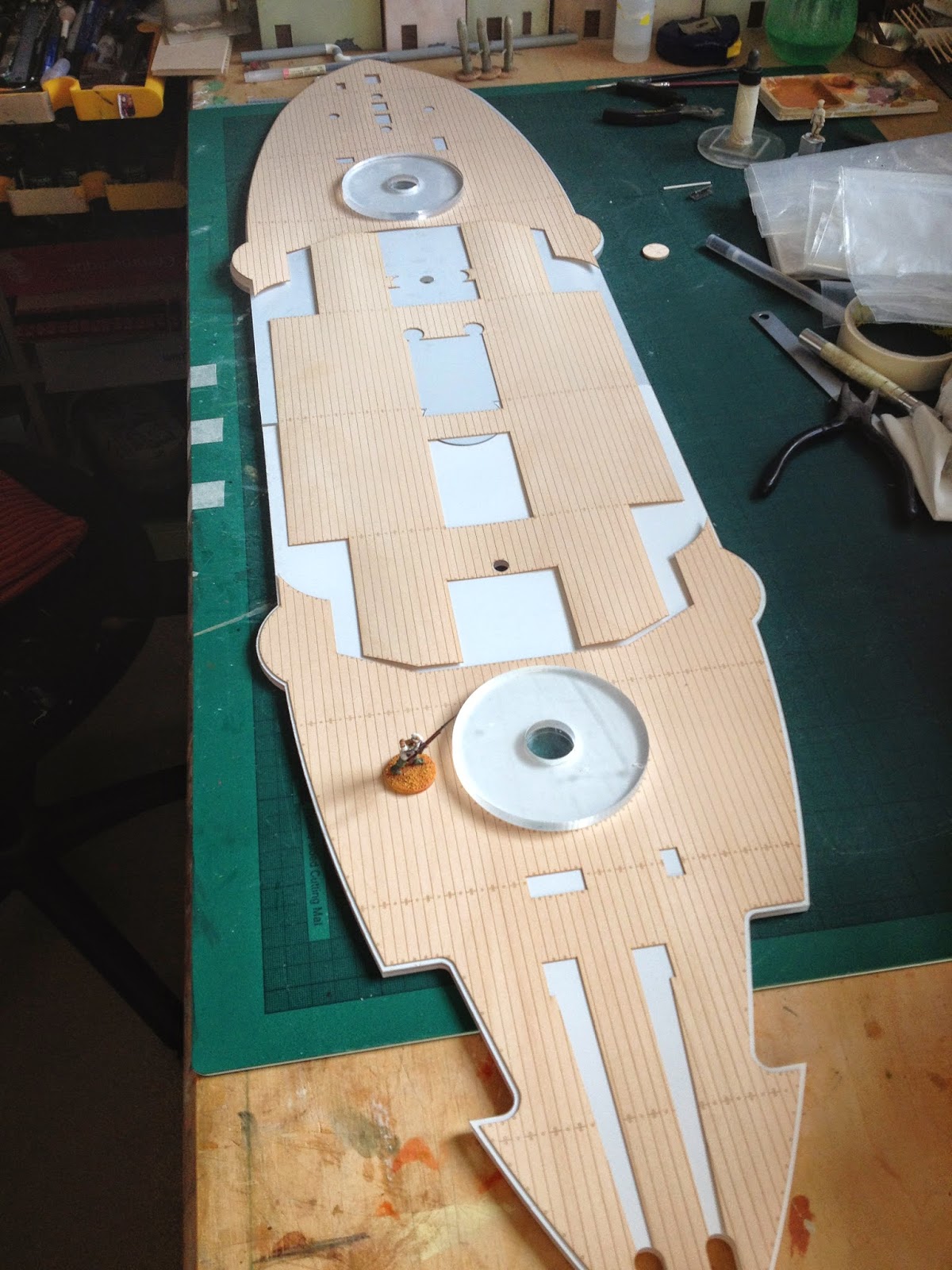 The amount of detail will be simplified but will still keep the main elements and feel for the ship. 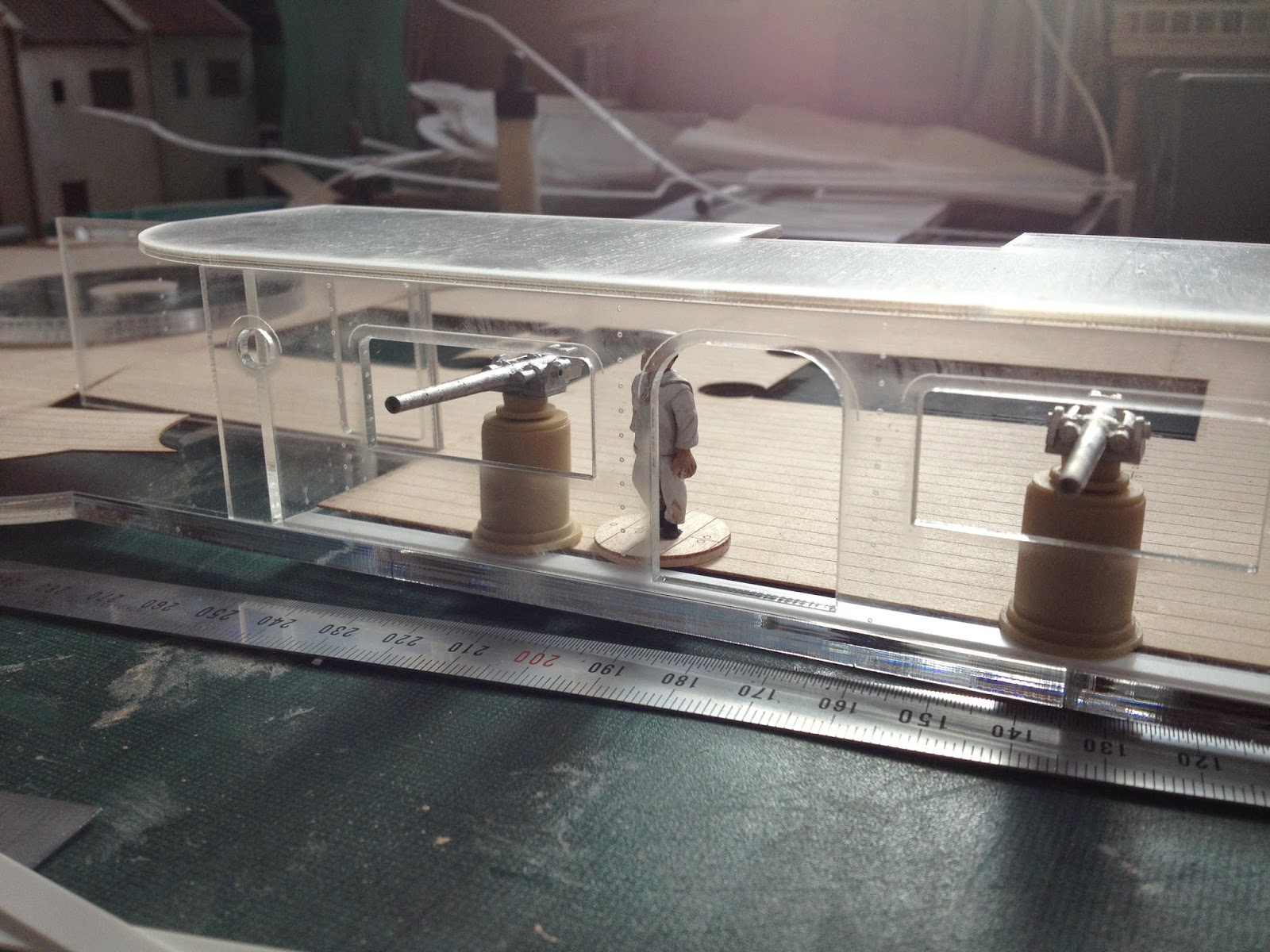 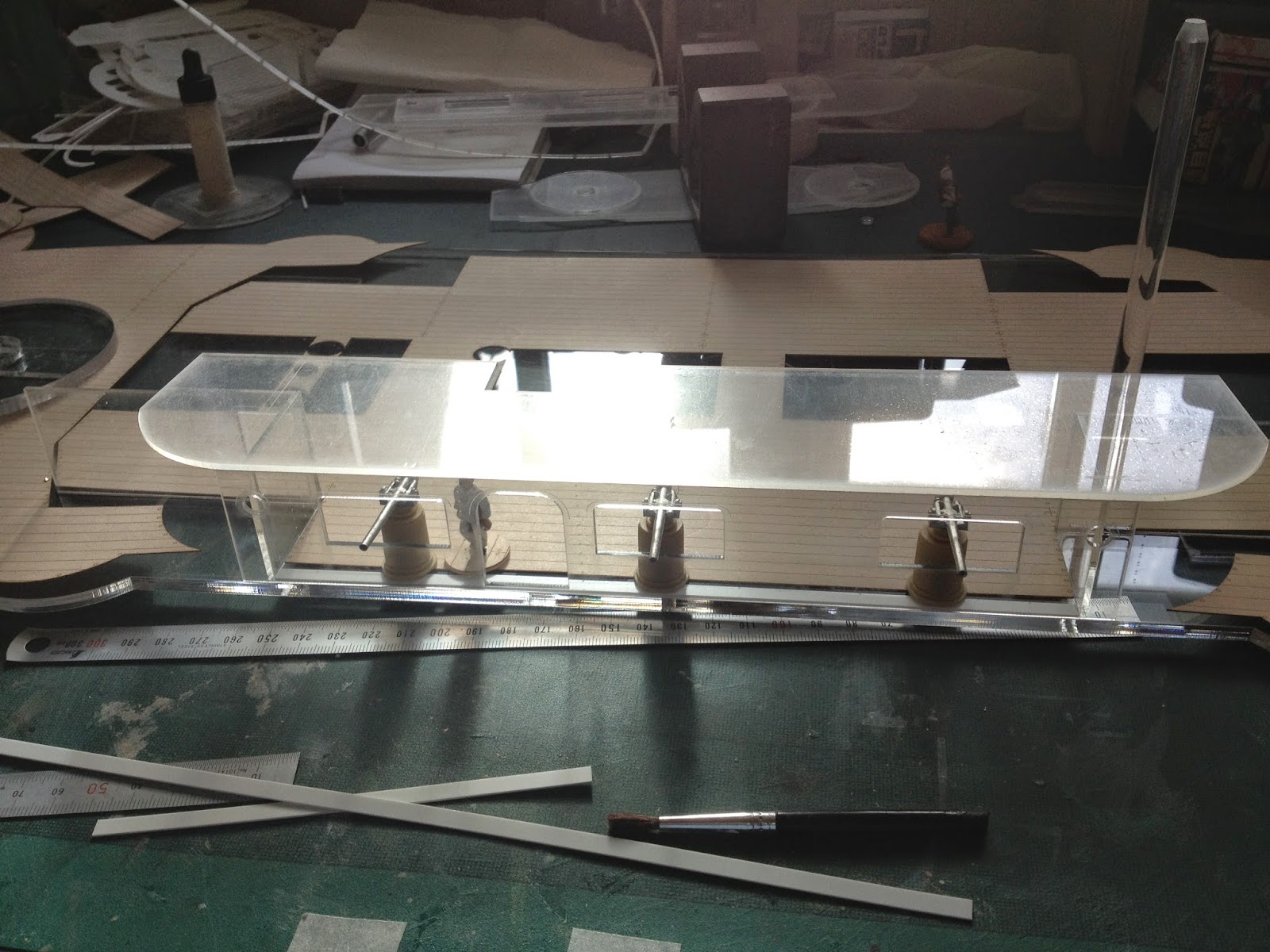 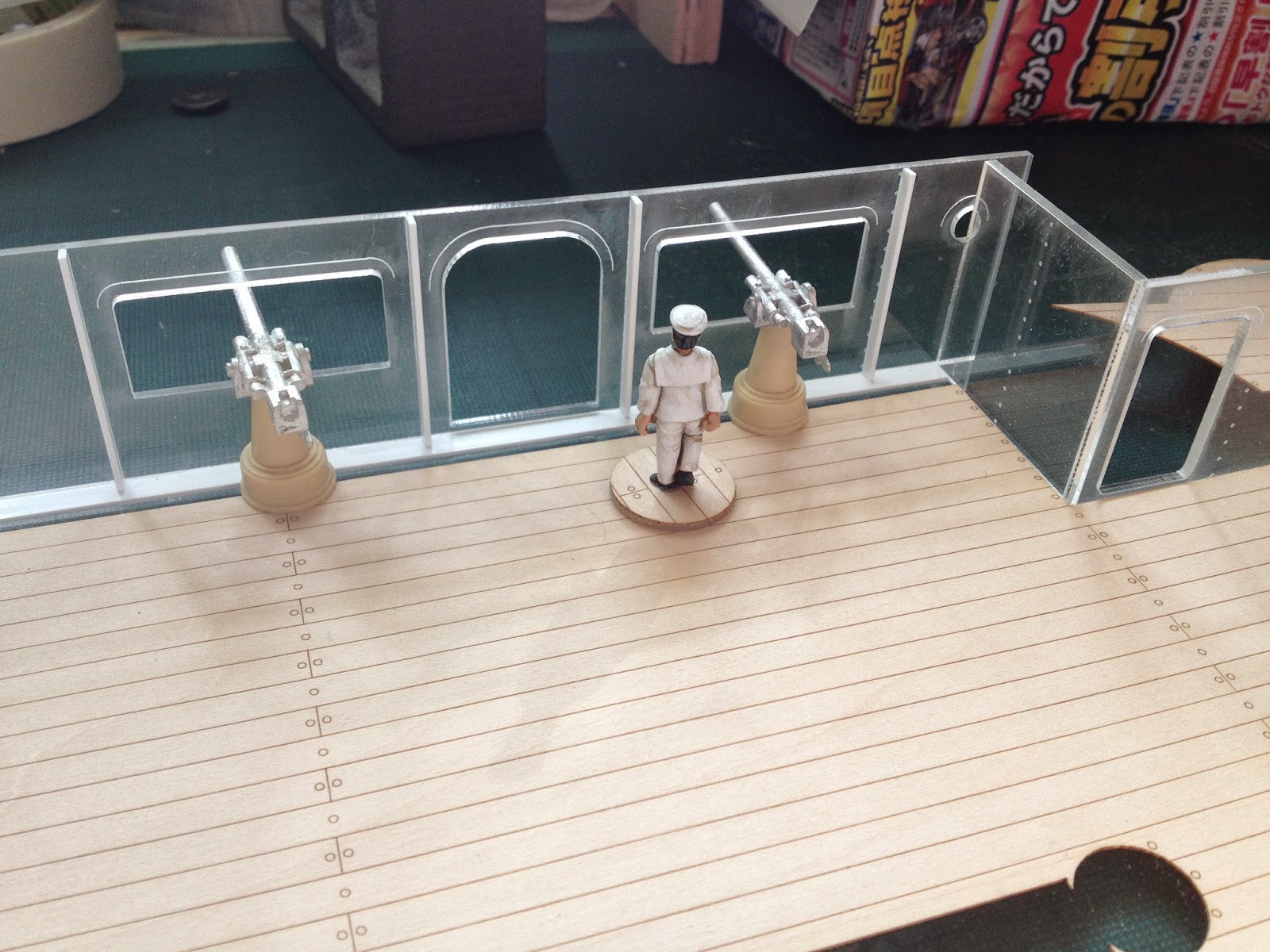 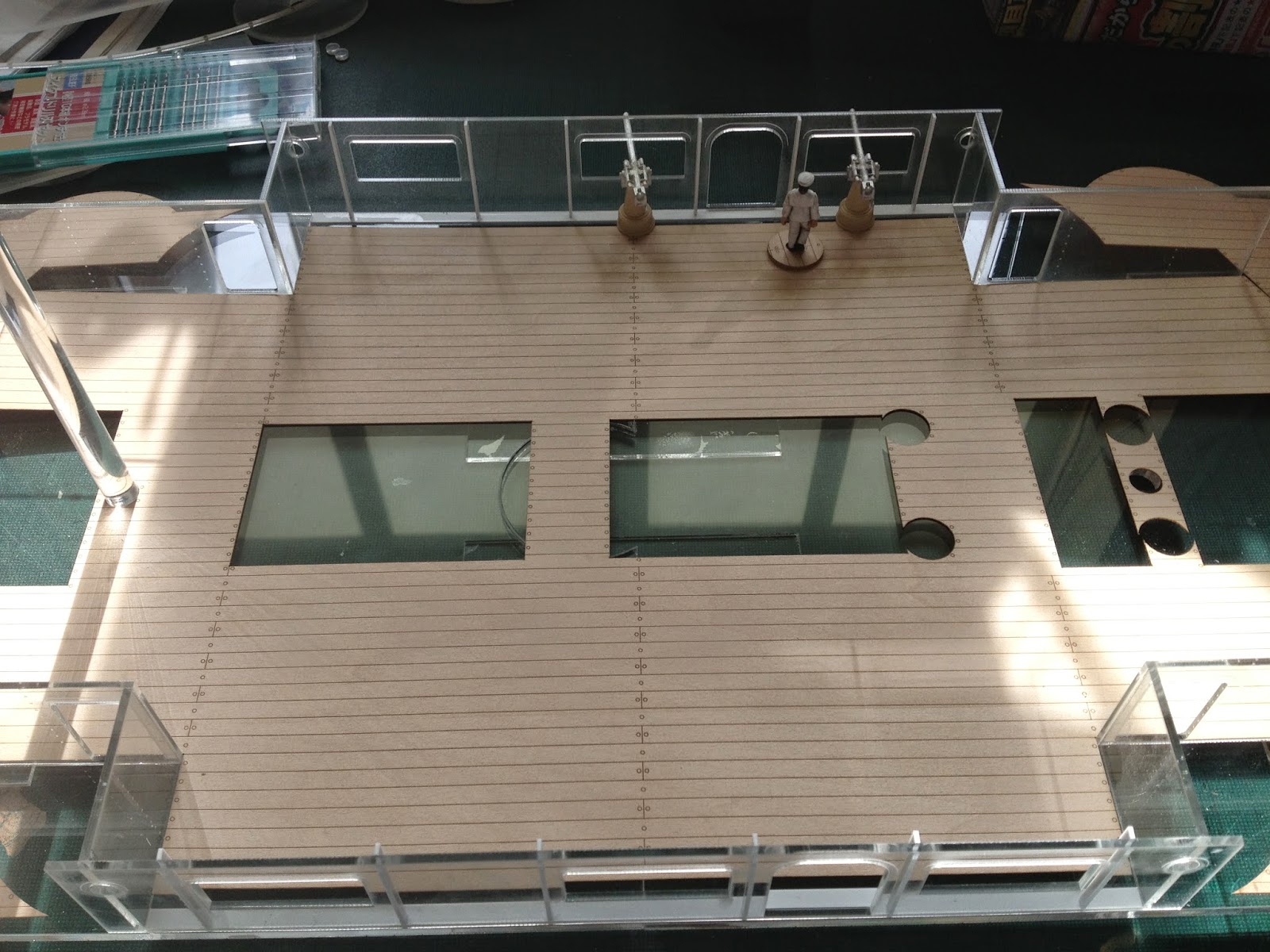 All the smaller guns are from HLBSC (well recommended) and the larger ones will be scratchbuilt. It's taken a bit of jiggerypokery to make sure that even though it is smaller it still 'works' and one of the ways I've been doing this is draw a small selection of parts, cut them out and fit them together; if anything doesn't work, re-draw and cut out again. This way I'm limiting the amount of re-cuts as the drawings can be altered in progress. 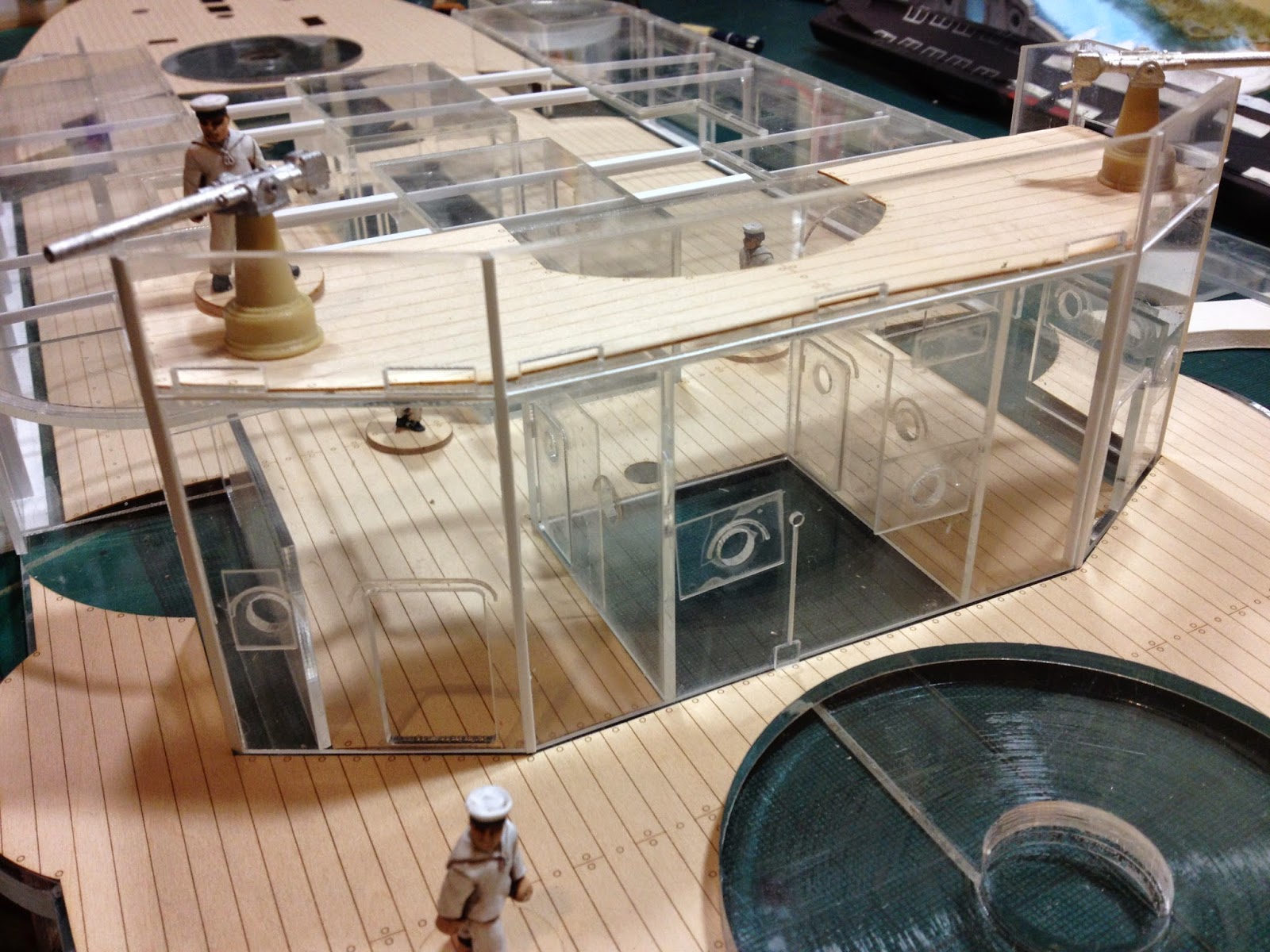 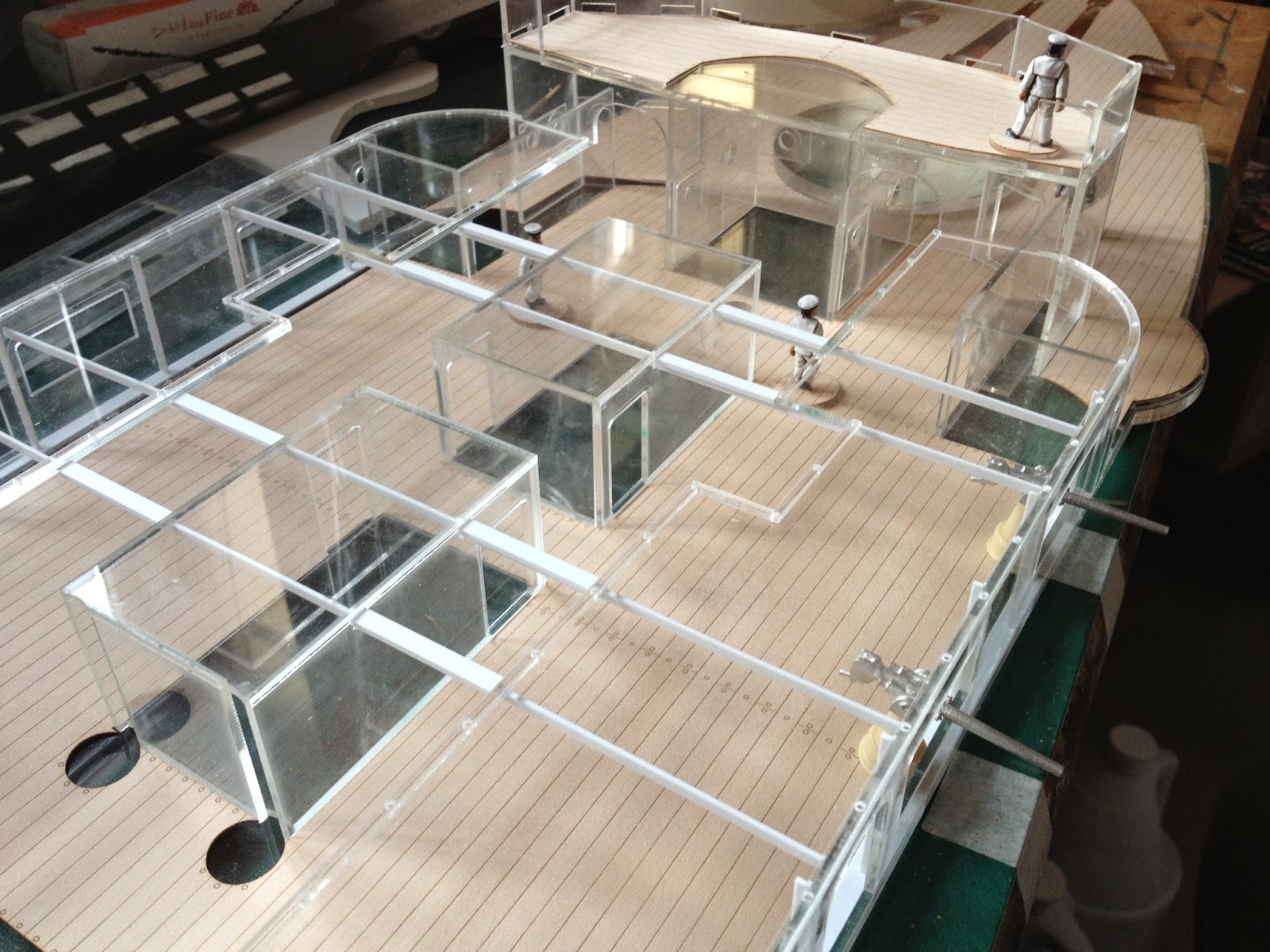 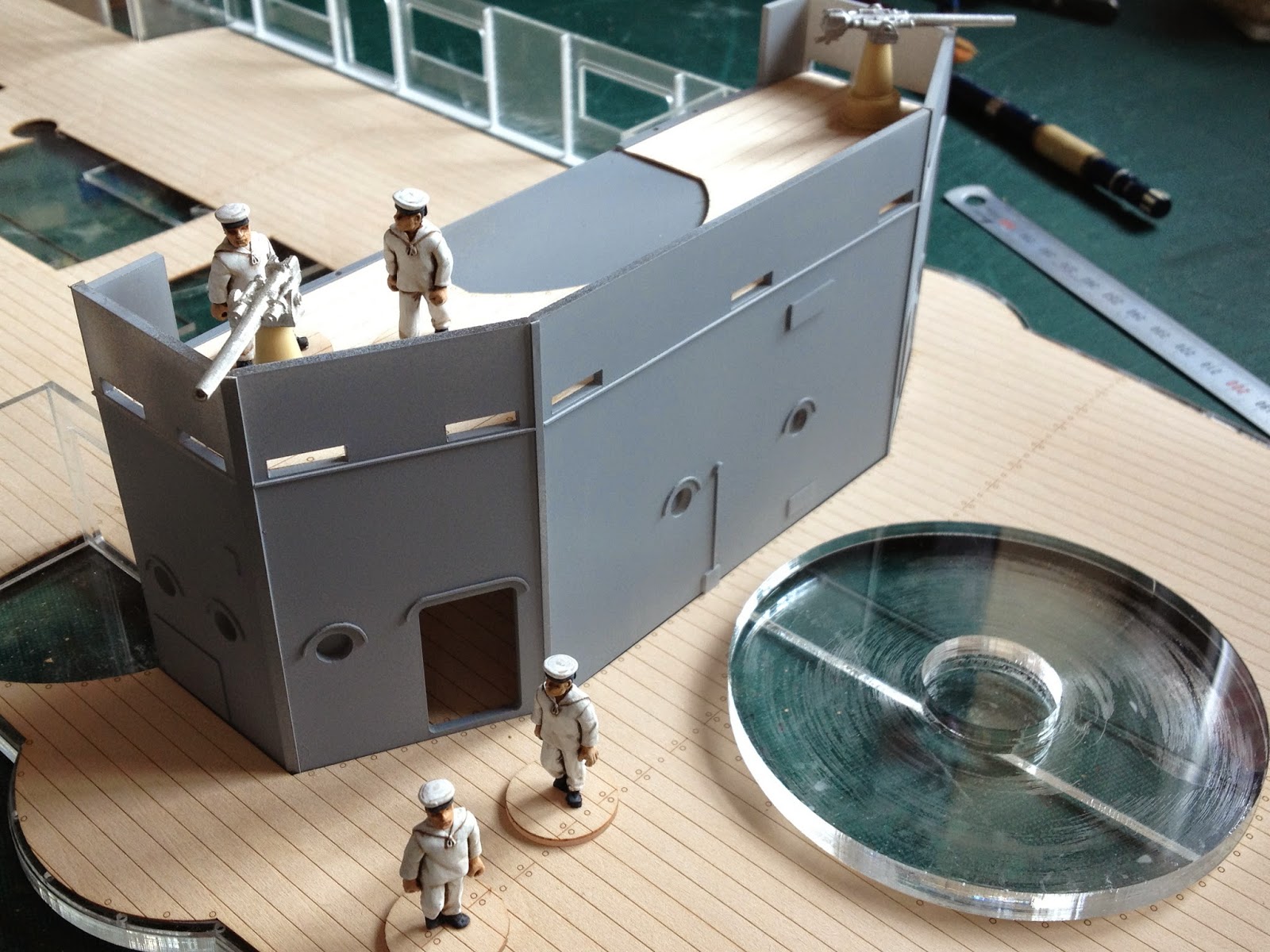 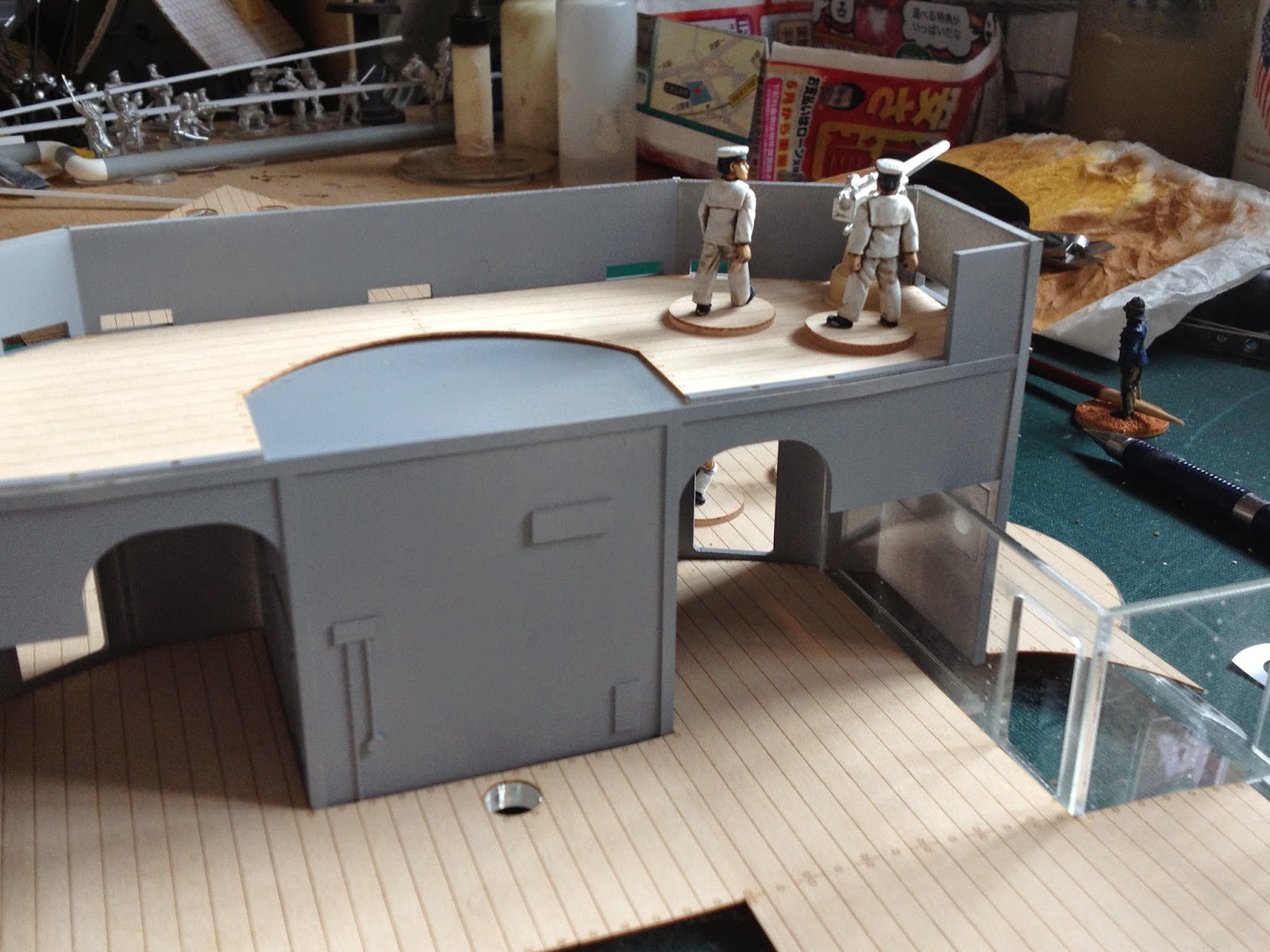 The crew are from my Japanese Boxer Rebellion range and I've got about 40 primed and ready to paint...

Still along way to go and the most difficult bit is yet to come which is the lower hull and it's 'look'; as with all neffs you can't just copy the hull shape as it looks wrong so a fair bit of thought will have to go into it.

This is a long term project and I might not do anything on it for a while but I have been pressured into getting it ready for Salute next year... We'll see :-)