Just a couple of shots from a little Star Wars fighter game we had the other week.

We used a modified version of the ever popular Fistful of Lead rules and it worked really well. I won't say much more for now as it might be an official supplement.

The fighters are all Bandai Vehicle Model kits and the asteroids are scratchbuilt from foam and plaster.

You'll have to excuse the unfinished TIE fighters, I didn't have enough time to paint the wings before the game :-/ 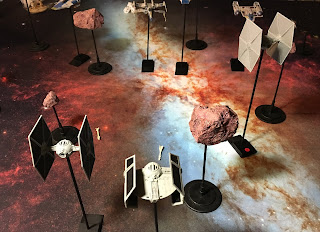 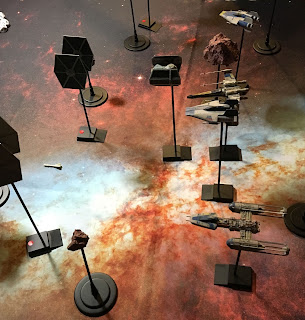 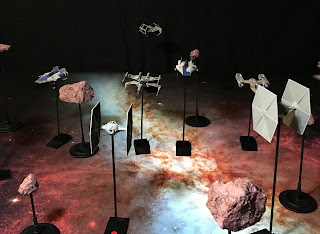 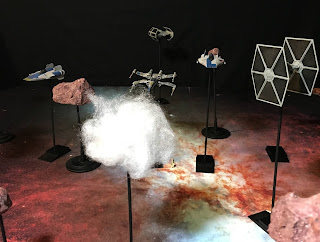 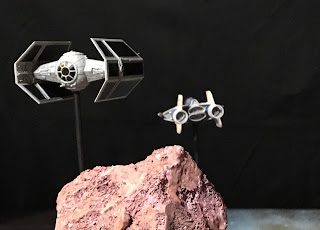 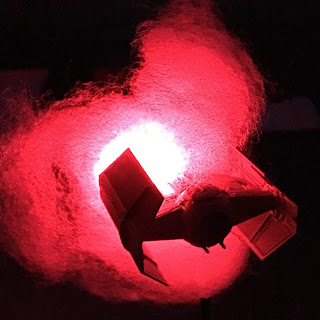