Not the product but a little project on the Lead Adventure Forum.
The idea is to paint an army unit a month to try and clear the backlog of unpainted figures (a problem that the vast majority of us suffer).
I think there are about 20 people taking part with many varied armies being done. My choice to start the Games Workshop Dogs of War figures I've had lying around for a good many years. Excellent figures by the Perrys (there are figures by other sculptors but I'm not so interested in them) of pike and crossbow armed units with the galloper gun in support.
At the moment I have done a 'unit' of ten and will continue to do so but I might up it to 15 or even 20 a month as I have a fair few to get through.
First unit as stated and I'm rather pleased with the result, a simple colour scheme and bases. I also have the idea to use them as a free company in our Game of Thrones games. 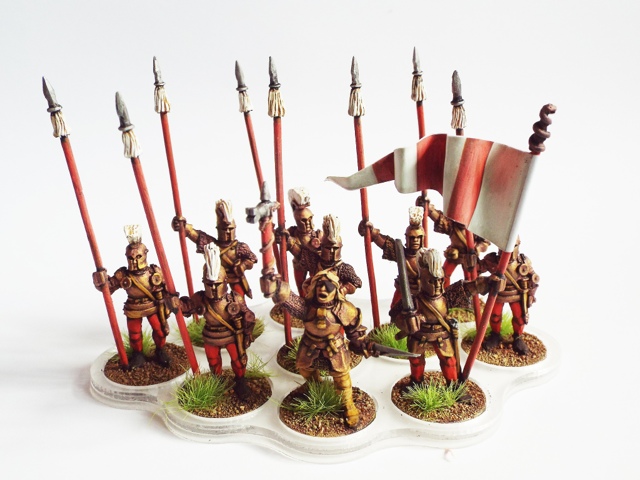 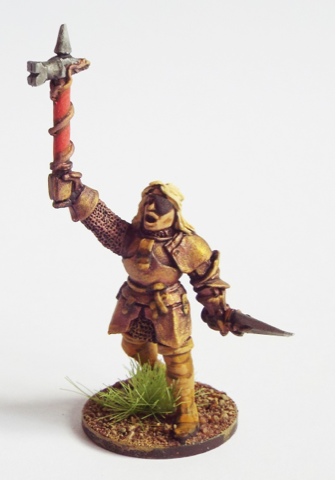 And the standard bearer. I did think of doing something a bit more special for the banner but realised that I probably wouldn't finish it. 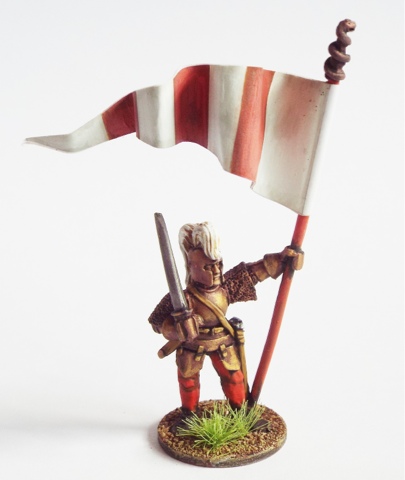 I can't find the picture of all the figures I have to do which might not be a bad thing...
The next ten are primed and I will make a start on them tomorrow.
ttfn
Posted by jimbibbly at 23:17