And now the terrain for the figures

Following on from my last post about War of the Roses and Game of Thrones I mentioned that I would post some terrain relating to it. This time has now come (albeit rather later than intended).
The first piece, which is complete, was actually started about 12 years ago I think just after when I finished university. I only finished it a couple of months ago so this makes it the longest running project of mine (so far...). 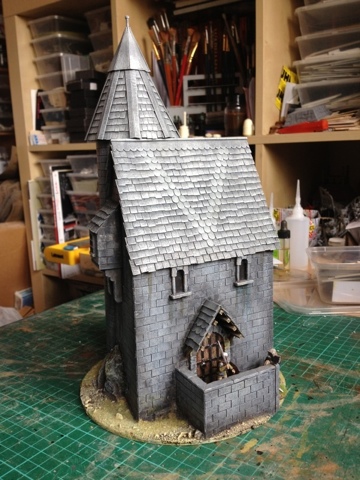 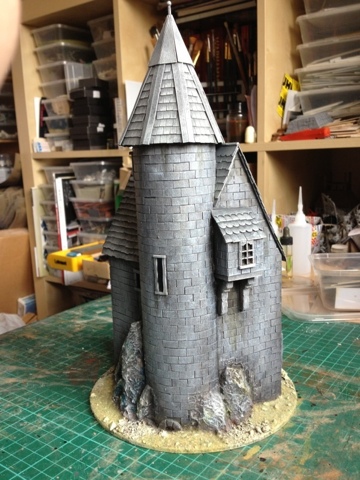 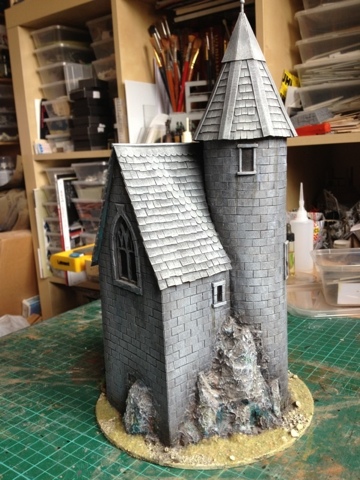 It was meant as a tower house for my GW Empire force (back when I still used to play GW) but now it will certainly suffice for a holdfast for Game of Thrones and a tower house for the War of the Roses at a push. The details are a bit more on the fantastical side but I think I can get away with it. 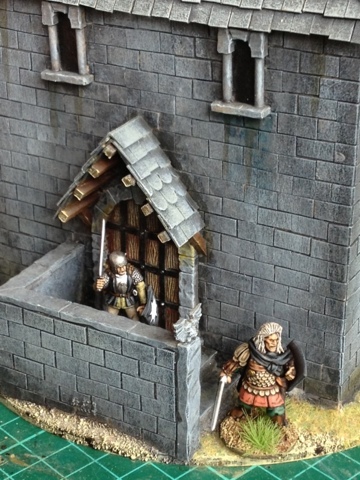 The tower is made from card with the walls being 1.5mm mounting card and the bricks from thin, normal card. They were all stuck on individually along with the roof tiles and it was rather therapeutic to do :-)
Nothing special about the painting but I did give it a bit more weathering than normal to give it a windswept look.
The other piece that I'll be doing is a Peel tower. This one is based on Dalton castle on the Furness peninsular (about four miles from my home town) and I believe it's the most southern Peel tower going but I may be wrong.
Just the basics for now but I should be putting the details on at some point over the next week or two.
It's from a cast Wills sheet so there might be a few bubbles in it but they shouldn't be too noticeable. 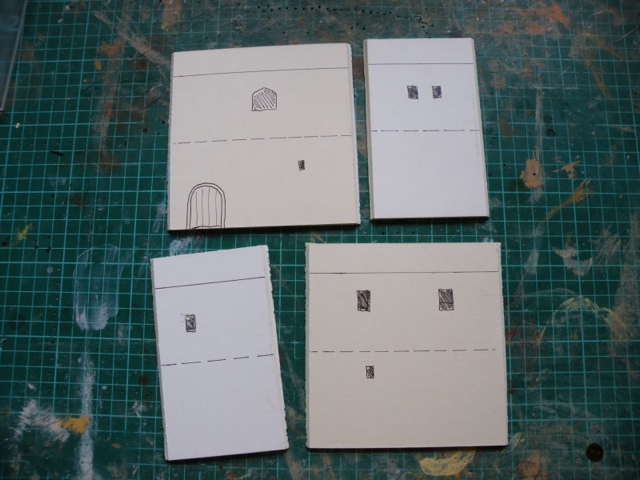 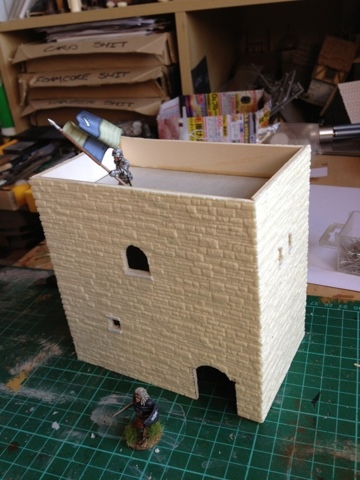 Both are based on 160mm diameter discs and the idea is to make some simple surrounding walls with a corresponding hole to allow both towers to be swapped round depending on what we decide to play.
The style of the walls (as with most things I need to do) is undecided as of yet but it'll be a choice of wooden palisade or simple stone. Only time will tell :-)
ttfn
Posted by jimbibbly at 09:17

Email ThisBlogThis!Share to TwitterShare to FacebookShare to Pinterest
Labels: Game of Thrones, Terrain, War of the Roses