I've always had a soft spot for VSF and a recent commission enabled me to have a play.

The commission was for a 28mm scale Aphid Class aeroneff and it's quite possibly the most popular neff in 28mm so there were plenty of reference photos to go on.

All the parts were drawn in cad first, apart from the boiler which was made in the 'traditional' method, cut out and dry assembled. The lower hull needed a bit of reworking so back to the drawing board (laptop) to sort it.

Once all the parts were sorted then it was on to assembly and painting. I have been using spray cans more and more recently, especially for the bigger jobs as it gives a much better finish than brush painting alone. I do have an airbrush, but not the set up for it at the moment. With the cans I can just pop out into the back garden and spray away :-)

Colours were to represent British naval colours from around the time of the late 19th century but made to suit (aerofoils not being standard naval equipment back then lol).

Well, on to the pictures. There's a couple of wip's first and then onto the finished ones. 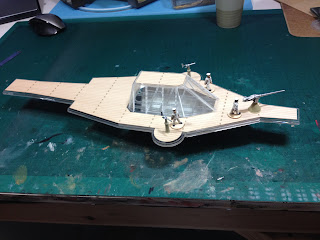 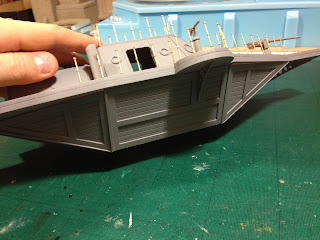 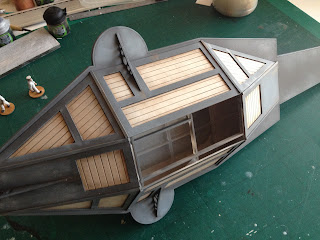 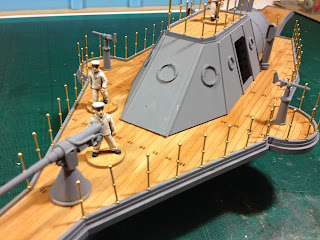 Here are the finished photos and I'm quite pleased with the way it came out. I've had another couple of these to do as commissions for different people and would like to eventually make one for myself and something a little bit bigger.

The stanchions are from a model ship supplier and the guns are from The Honourable Lead Boiler Suit Company (rather splendid to deal with). Everything else was made by hand (laser, table saw etc).

And now onto the pictures of the finished neff :-) 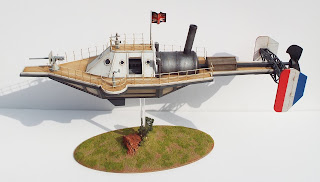 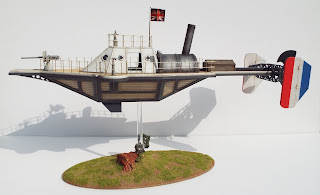 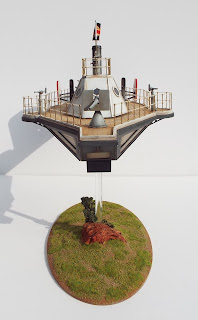 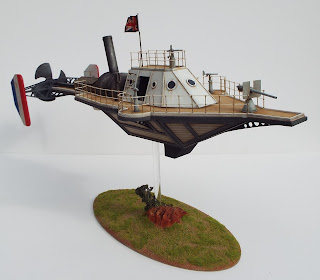 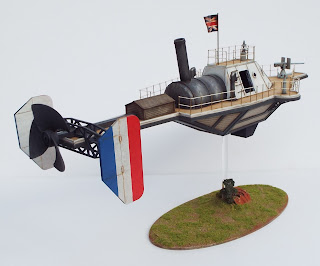 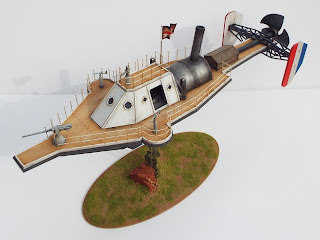 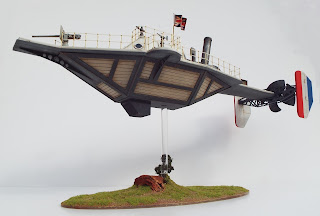 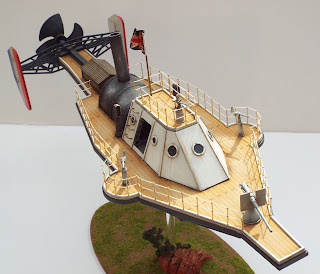 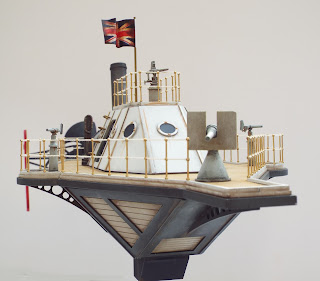 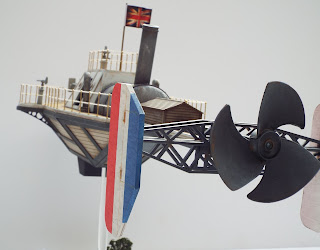