Another Spanish building base

David Imrie (Saxon Dog) asked me to make another Spanish building base a while ago and here is the result. It was decided to make a fancy house that could be the 'mayors' house in a typical Peninsular village. David is using it for Carlist wars but it could also be used for Napoleonic warfare.

Again, not many wip pictures (I do have some more but I can't find them) but suffice to say, it was a fairly simple build, the only difficulty was getting the smaller roof section right without wasting to much roofing material. 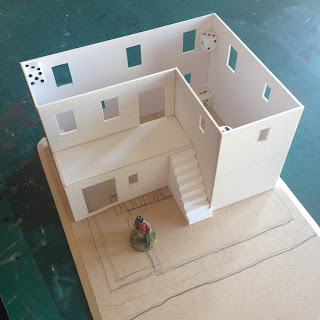 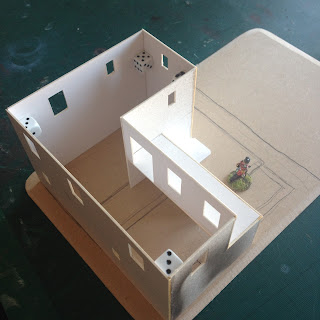 Now, I can here some of you cry out that I'm using dice for corner bracing, and you'd be right :-) To be fair though, they are old ones and I have a rather extensive collection of dice anyway,so they won't be missed that much. They are also great for getting square corners!

The veranda on the first floor was lasered along with the windows but everything else was cut by hand from mounting card, and most enjoyable it was as well. It's good to do things by hand every now and then.

Here are the finished pictures. I'm quite pleased with the ornamental garden I managed to squeeze into the corner, it finishes off the whole building nicely. The water fall was a bit of clear acrylic painted underneath and then given a stipple of gloss varnish on the top for the water effect. 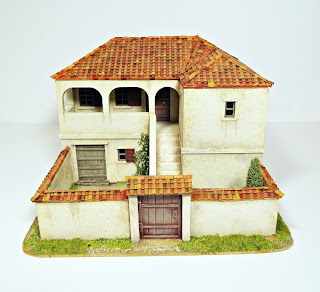 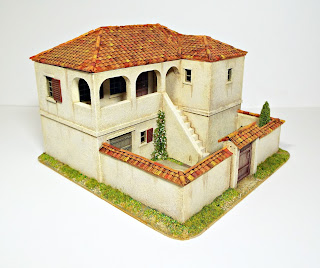 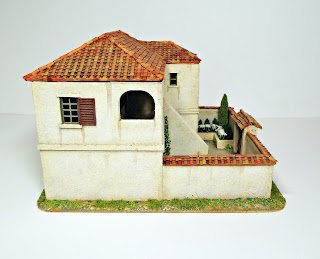 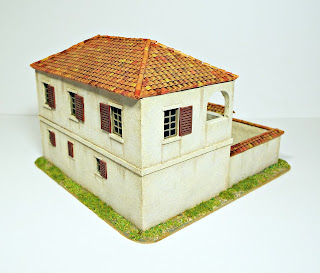 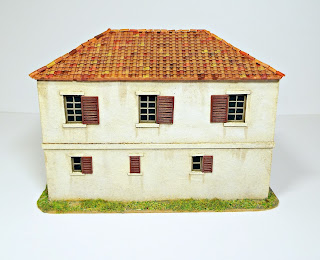 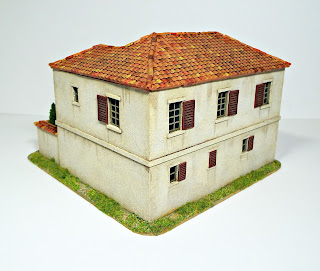 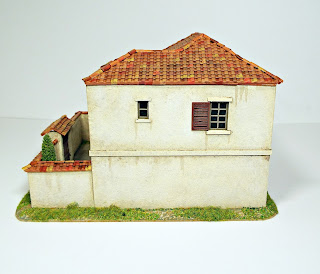 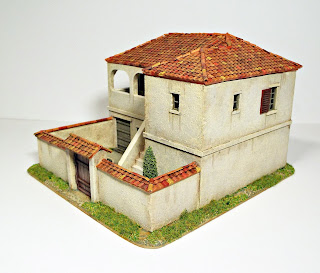 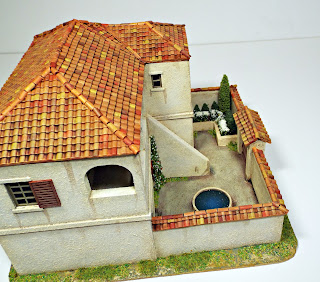 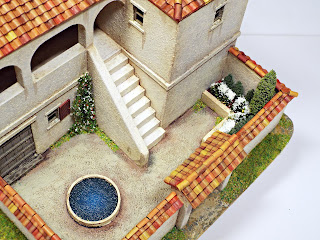