Now to the final part of the Scottish castle commission, a small stables block that can be attached to the main keep.

All the walls for this were from Wills sheets and the quoins are styrene strip. The thatch is the dreaded teddybear fur that had a bit of work with glue and a comb and hasn't turned out too bad (I am still looking for the perfect thatch but it's been a long slog and I ain't there yet).

The doors are normal balsa wood given a bit of distress which helps with the drybrushing. Ground work was per the castle itself. The walls and thatch were sprayed but finished off in a more traditional manner (wash and drybrush).

Of course, for me,  the enjoyable part is the growies. Same as before but with a few more heather bushes and some longer bits of grass. 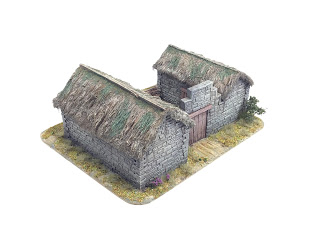 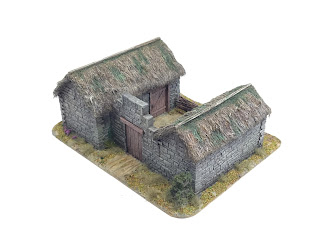 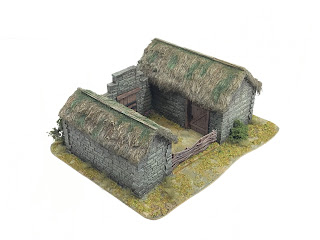 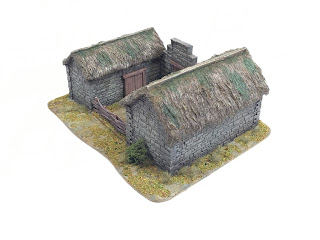 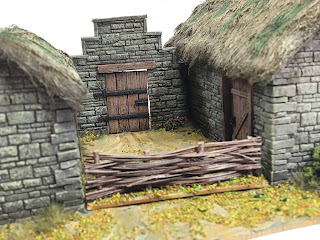 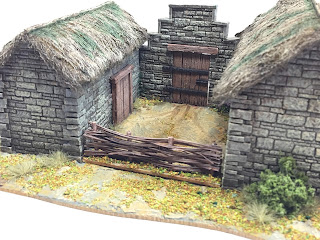 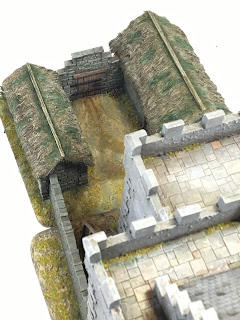 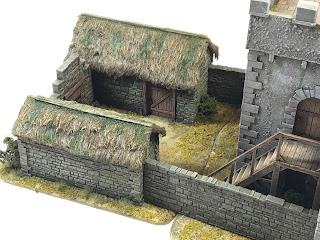 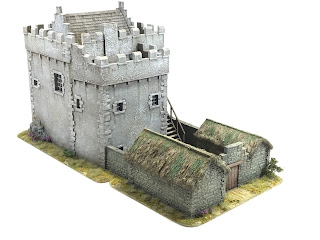 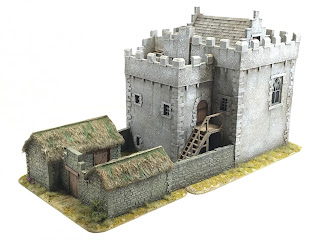