On to the second Aspern Essling building bases.

The first one was a lot of fun to make and I'm really looking forward to this one as well. The basic design had been sketched out along with the first one and the build principles will basically be the same although there will be more wip posts with this build because (as I mentioned earlier) I will be documenting more work here.

The plan for this one is a bit grander in st than the first and subsequent ones will be simpler. I'm also going to be having a clock tower on the corner, mainly because I fancy building one :-) 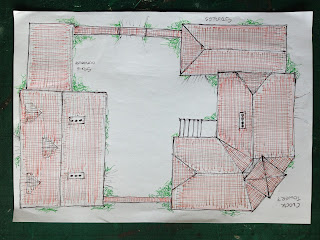 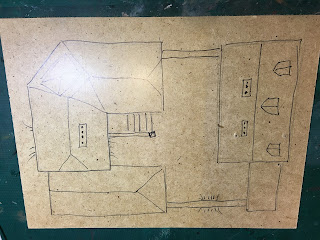 These builds all start with a set of elevations, cut from card and use an extensive collection of suitable reference photos that I have gathered over the years. These are all cut by hand because even though this style of building is rather regular, doing it by hand does help to give a more realistic look, rather than a box with right angle corners cut on a laser. 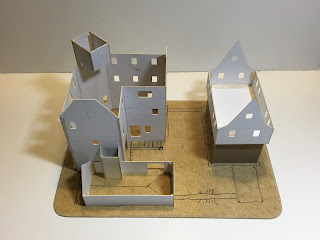 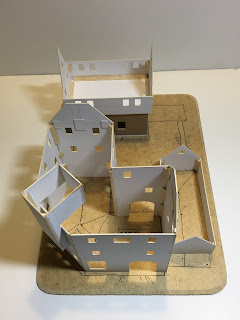 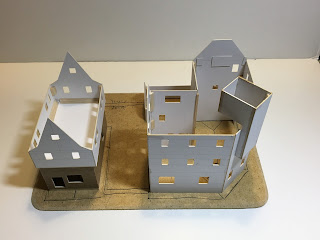 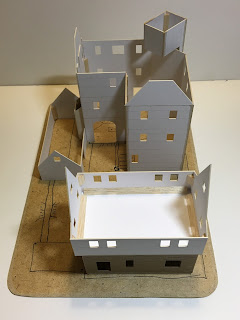 All the basic forms are made and put together with the exception of the roofs which will be kept separate (to help with painting etc). Certain details are also left until later depending on how integral they are to the main build.

The next phase will be the timbering and although it will take a while it is quite relaxing.