For this instalment I'll show the T-16 that I made. Just the one post for this as I'm quite pleased with it.

Schematics for it were taken from the net and put into Autocad where I drew a 2d digital model of it as most of the build is laser cut acrylic. The reason why I did it this way was to get even and consistent panel lines that I wouldn't get as good with just styrene.

The engine panel was just a selection of parts that seemed to fit the bill. The building itself isn't 100% accurate but the fluff for T-16's is that they are very common, used by the military etc and so a little difference here and there should be fine ;-) 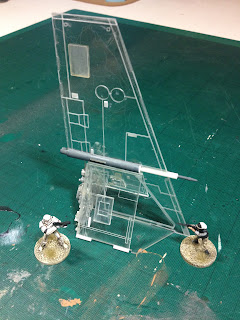 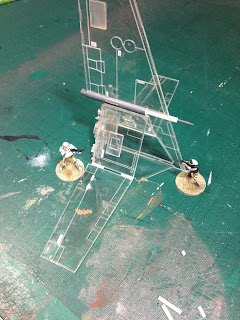 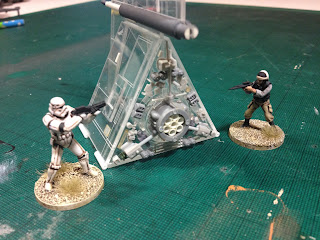 Next up was the wings. I scoured the net for images of the bloody thing landed but to no avail (well, two, but they didn't show what I wanted) but I still went for them to be folded, partly as it's easier for storage and party because it's cool. 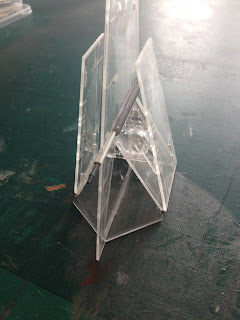 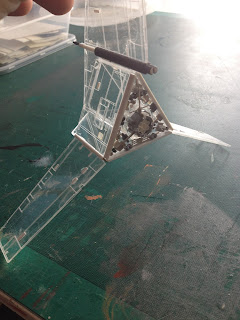 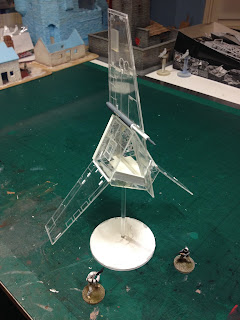 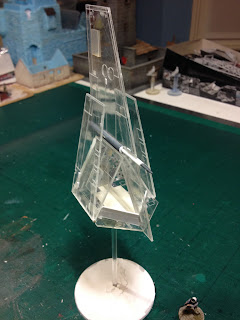 Just a simple bit of styrene tube with a brass rod through it achieved this. There are stoppers both top and bottom to stop the wings going too far, again, these are just styrene strips. 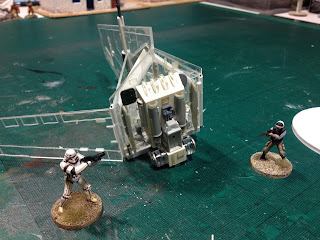 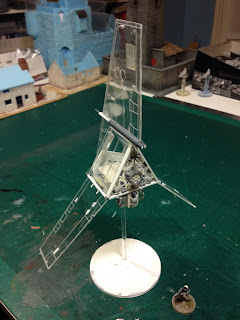 With the underneath complete the build was done and it was onto the fun bit, the painting!

A pale grey was sprayed over the whole model but with the windows already masked out. Once this was dry some markings were masked out and given a coat of mid green and again once this was dry it was on to the ink wash, rubbed off towards the rear whilst still wet gave an appreancce ofweathering streaks and with the addition of some weathering powders and rust inks the job was complete. 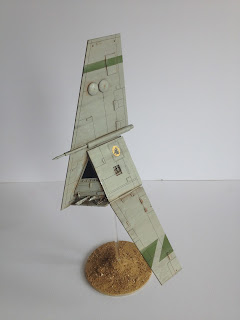 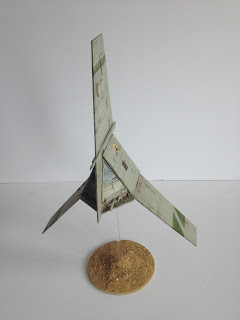 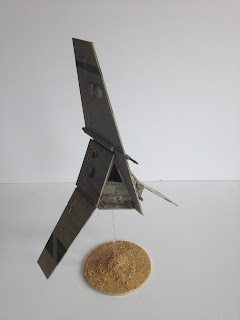 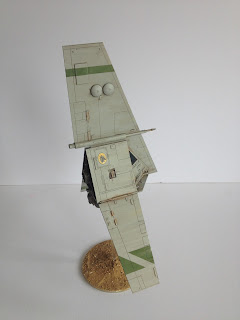 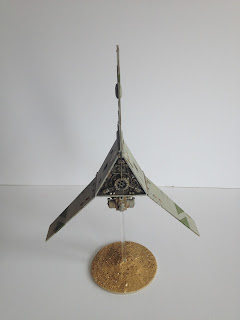 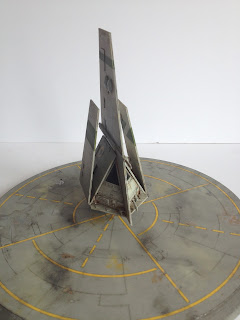 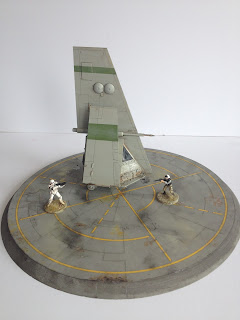 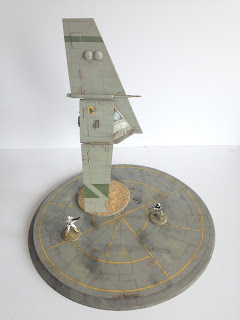 The yellow horse head is actually from an old GW tank kit but it seemed to fit the bill and the markings are that of Skinno Moskar, champion racer from Bestine and back out of retirement to defend his title.

I'll have to make some terrain boards soon, otherwise all this is for naught lol