A small test piece for some future terrain making for when I eventually get round to doing some Japanese naval gaming.

Cliff inspiration from the net for starters (I hasten to add that this is for inspiration and I'm not trying to copy it). 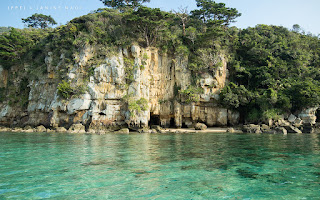 First off was to carving some blue foam into the type of shape I wanted for the tester, keeping it fairly small in case it went wrong. It was done in a similar way to the Dorset cliffs but with a more vertical effect. 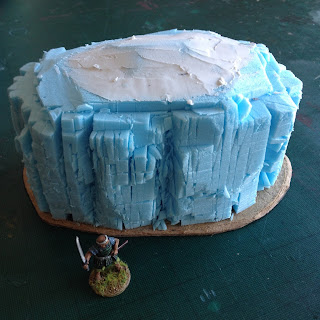 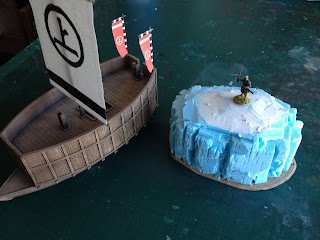 Next was the texture and it was a home brew mix of Sandtex and fine gravel. Liberally brushed on but not too much to look like thick paint. Some of the blue foam bits came off but some were added to the bottom to look like they had fallen (maybe a few more on the next ones). I didn't take a picture of the texture stage but went straight onto the colouring of the rocks and top landscape. Whiteish drybrushing in varying degrees of 'wetness' were applied to the cliffs and then a few different coloured inks were put on to break up the monotone colour (doesn't show up that well in the photos). The top bit was given a few heavy brushes of an earthy colour but it didn't really matter so much as the top was going to be covered in foliage. A tidal mark was also painted on with inks using a support to keep the brush level all the way round. 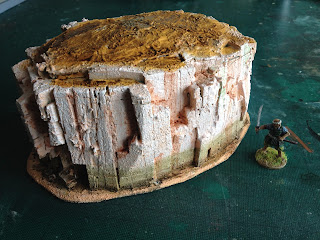 The foliage was the last big stage. I just went mad with bits of broken trees, trees sprues (the trees I use are made from a brass etch frame which is coloured and then the foliage is glued on top), some tropical looking plants and varying colours of clump foliage I had. The final thing was to paint a suitable beach colour on the base.

The finished result is pretty much what I was after and I'll be doing some more and bigger one in the near future. There's also a picture down there of a Man 'O' War ship as these could possibly be use for that as well. 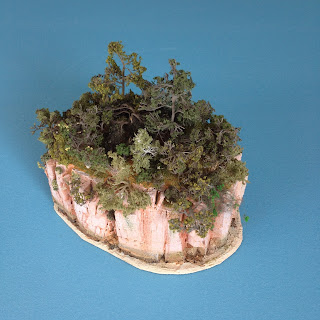 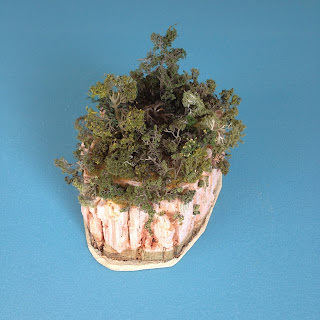 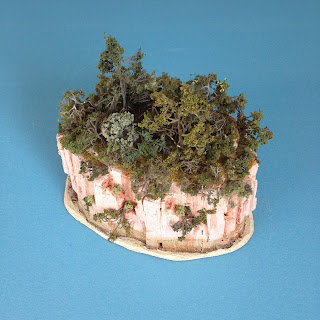 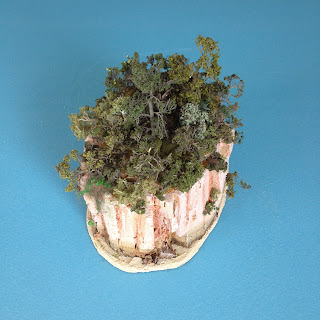 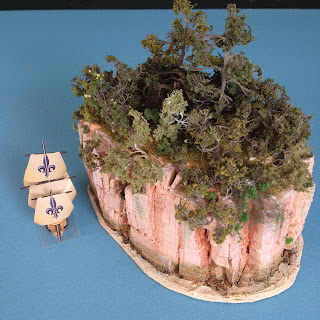 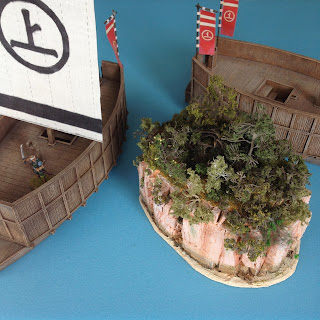 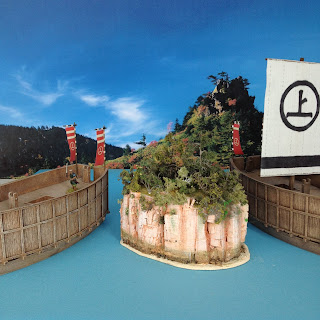