The grand fleet of the Murakami clan

Bit of a showcase post this one as I've been slowly casting and painting ships to do some Japanese naval gaming at some point in the near future and now I have enough for at least one force...Potentially two ;-)

The smaller ship will be going in the catalogue at some point soon but I thought it would be good to get a few done first to show them off.

The flags aren't glued and can be replaced with other clan mon depending on what fleets are chosen. I'm also penning some simple rules to go with them but they will need some playtesting before I post them. 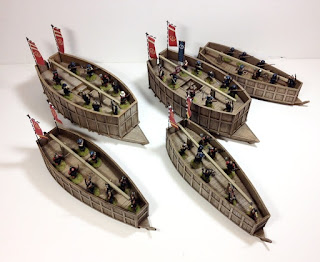 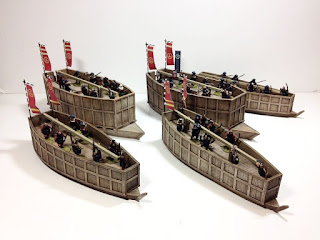 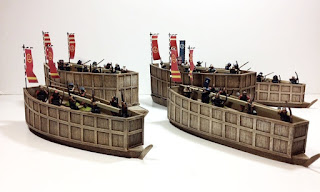