A Scottish castle - part one

This is a wip post but it's not far off from being done now.

I think I'll be doing more wip posts in the future, the reason being is that Photobucket stopped third party hosting unless an extortionate fee is paid. I won't be and seeing as I don't frequent the LAF as often now I thought it would be good to have a place where most of my projects get some recording.

The castle was commissioned by David Imrie who is a splendid painter and jolly nice chap :-)

The brief was to have a Scottish borders tower castle similar to Portencross Castle as shown below. 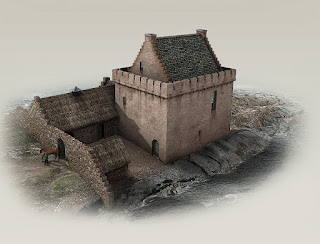 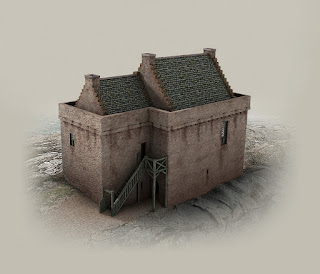 A stables block was also requested which is still very wip at the moment. It had to be separate but also butt up against the castle base, there will be some magnets in some removable walls top allow the two to be joined together.

The main body was formed from foamcore and the quoins were styrene strip of varying sizes. David decided that rendered walls would be best so a suitable mixture was concocted and applied over the blank sections of the walls.

The merlons were made from a material called chemiwood which is a resin compound and is very machinable. These were stuck on in fairly regular intervals and the render was applied up to them.

The main part of the roof was flat using Wills sheets but there was also a small pitched roof on top to allow access. David bases his figures on 20 rounds so there was enough room around the pitch to allow figures.

It has now been primed and painting will commence this week along with making a proper start on he stables. 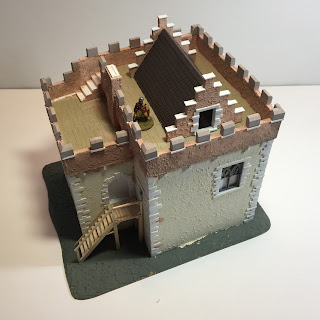 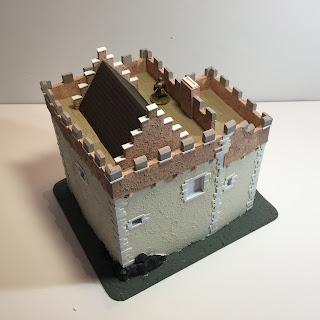 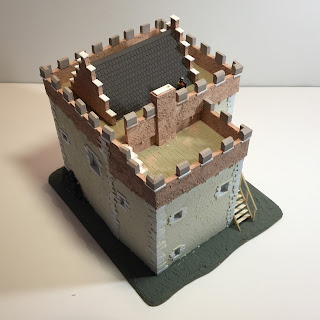 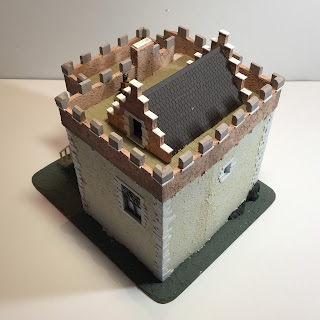