This was quite a simple little build for a mate who has some similar vehicles, but smaller. The only brief really was to make this one bigger.

The original ones were laser cut in the main with a few small details from styrene to give them a bit of character. The same was the same for this one. Weapons were from The Honourable Lead Boiler Suit Company whom I can heartily recommend and they have a very useful selection of Victorian period weapons.

The bottom was sprayed with Humbrol aluminium and the top with French Blue (even though it's a British contraption lol ). The whole lot was washed with the brown GW ink (can't remember the name) and then the respective areas were drybrushed up. Rust ink was applied and a few smudges of weathering powders and it was good to go. 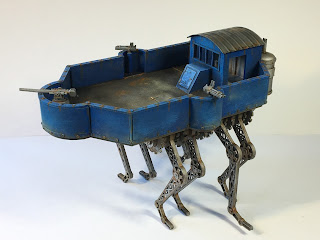 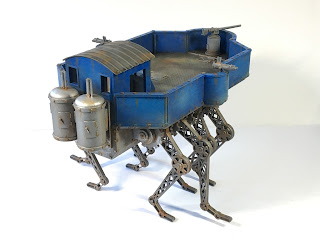 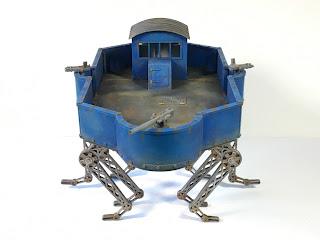 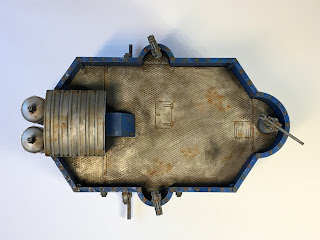 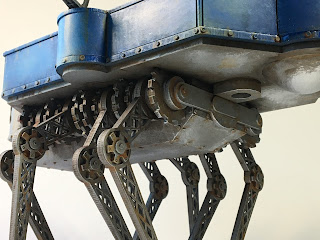 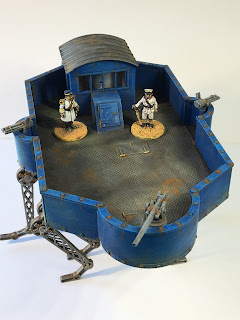