The Japanese defence of Yinliuzhen

Had a little Boxer Rebellion game the other night using a modified version of Muskets and Tomahawks. It was a similar set up to the previous Boxer game I put on last year but with a few changes.

As this was a friendly game between the pair of us there was no need for the village to be in the middle so it was enlarged and placed on side of the table with the Japanese defending it (using the new OSHIRO barricades etc) and the Chinese coming on en masse from the other side of the table.

There was a main road leading to the village through the paddy fields which was covered by units of Japanese infantry in the centre with naval crew and civilian support on the periphery; the only way for the Chinese was a direct assault...

Here is the initial set up. The Boxers were still coming up although the Imperial Chinese were already in place at the bottom of the photo. 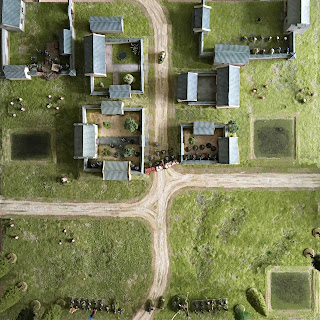 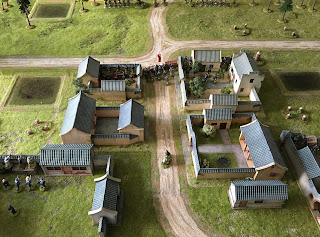 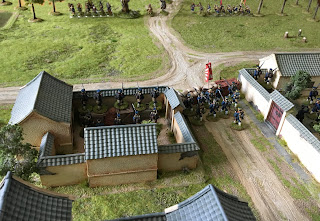 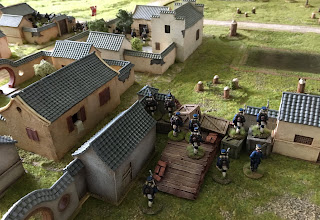 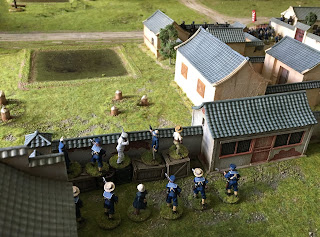 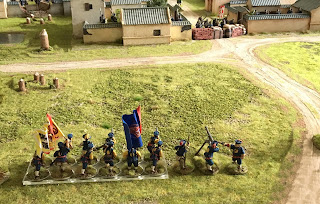 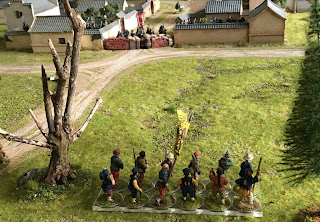 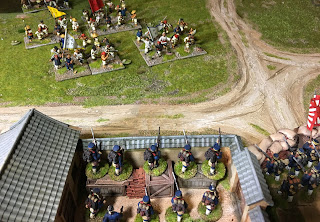 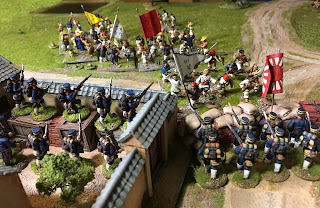 Repulsed several times the continuous fire from the Imperials started to take their toll and the Japanese, although staying at their posts, started to waver. 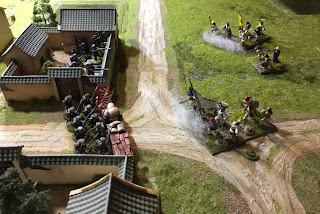 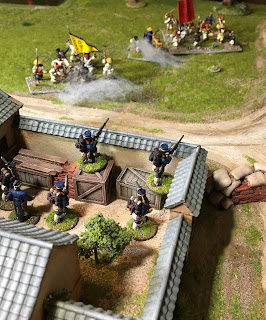 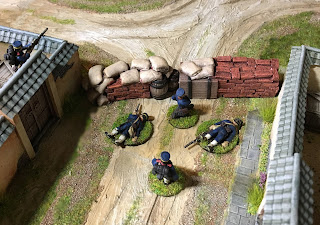 A final charge form the remaining Boxers managed to wipe a unit of Japanese behind one of the courtyard house walls and they swarmed over. 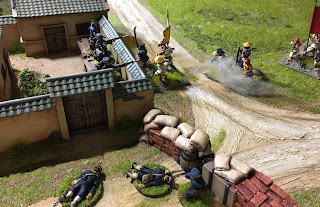 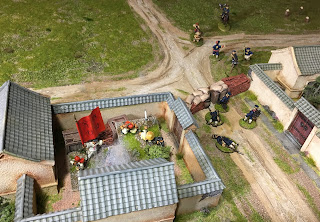 The Chinese were in the village but the supporting units on the peripheries were coming up via the central road and the fate of the Chinese cut off in the courtyard seemed to be sealed... 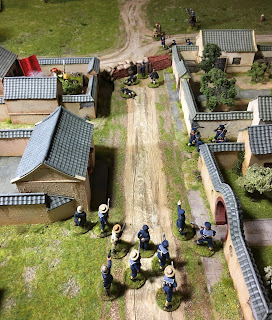 All the buildings, walls, barricades and Japanese infantry are from the OSHIRO webshop here. The Boxers and Imperial Chinese are a mix of Foundry and Redoubt with the naval brigade figures from Copplestone Castings