I've finally gotten round to finishing off my Japanese re-basing project that was started a long time ago. It's basically changing bases from square to round. There is also a lot of touching up to do as most of the figures weren't varnished (shock horror lol) and some of the colours are a bit dark.

The top pictures are what have been done in the past week or so. These were the easiest to do, mainly flocking and varnishing. The bottom photos are what needs to be done; there's a good couple of hundred figures there.

I'm both looking forward to getting them finished and dreading the task lol.

The clan is Miyoshi and is an historical clan but they got pretty much wiped out during the Sengoku period (a fact I found out after starting them).

I'll be doing one clan at a time and will take a photo of the entire clan assembled after each has been done. 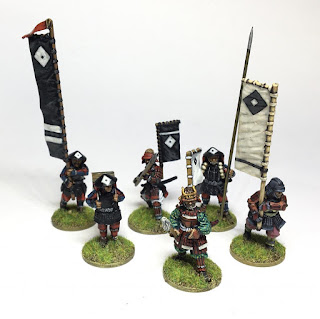 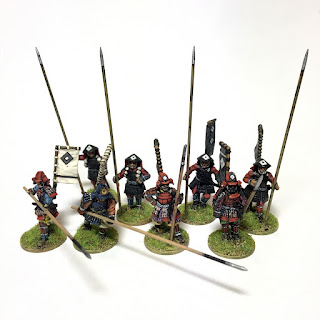 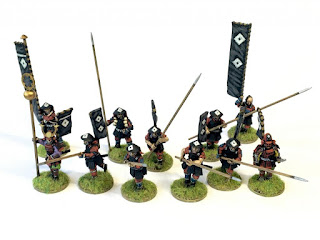 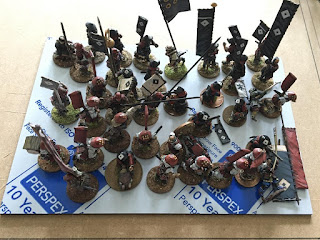 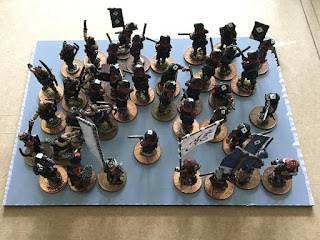 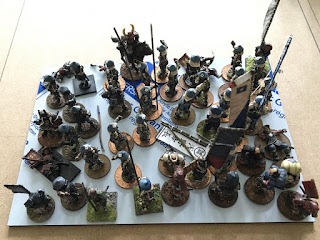 I do not give 'Tango' (or anyone else for that matter) to re-post my blog posts elsewhere.
Posted by jimbibbly at 08:44